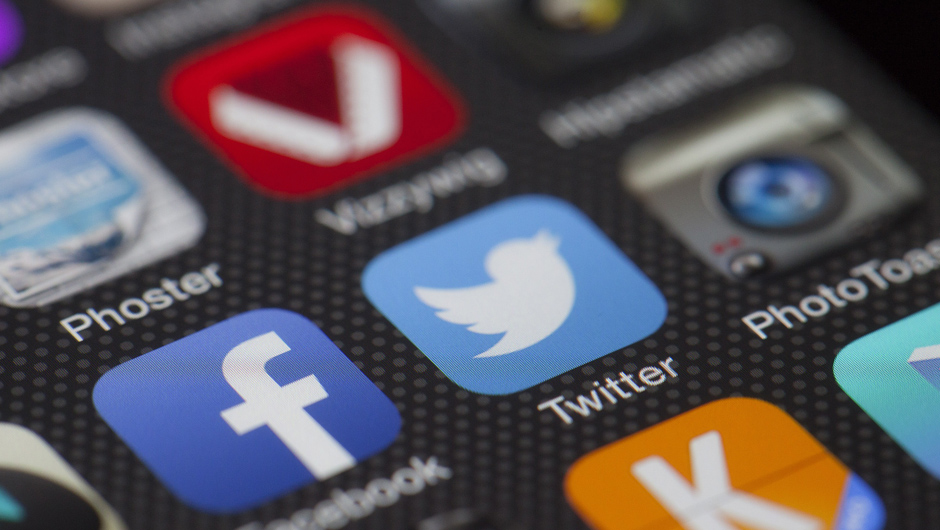 When we hear about the launch of a new company it’s almost mystical in nature. That is, one day there’s nothing and then – poof – there’s a startup opening their doors. At least that’s what the outside perspective tends to look like anyway.

However, there are weeks, months, and sometimes even years of planning that go into a product, idea, or company before an entrepreneur can consider any kind of launch. A big part of that process is building a minimum viable product (MVP).

Have you ever wondered, though, just how much it actually costs a company to build an MVP? Roger Dickey did, and he recognized that building an MVP is a huge hurdle for a lot of early stage startups lacking in the development area.

It’s why he founded Gigster and built a team that does software development on demand. It doesn’t matter if you need an entire app build or just a few streamlined features, Gigster can handle it.

To effectively market their services to companies, Gigster uses an internal calculator of their own creation, fueled by years of data that gives a baseline for just how much it’ll cost to build out an MVP. For example, their calculator shows that to build an MVP of Tinder with only core features implemented, it would cost about $10,080.

“We’ve done this a lot by now: thousands of times. Now, we have a good idea of how much most apps cost to build. And some of them cost a fair deal more than others,” says Dickey.

Dickey and the rest of the team at Gigster wanted to showcase their technology via price estimates for how much it would cost to build basic versions of the most popular iOS and Android apps. They included Uber, OpenTable, Airbnb, TaskRabbit, Yelp, Amazon, Tinder, Yik Yak, YouTube, Twitter, Facebook, Product Hunt, and Snapchat.

Here’s how the data breaks down: 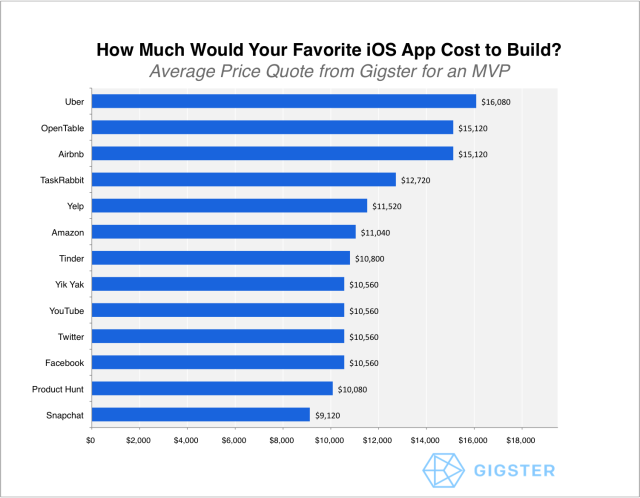 Android and iOS rates differ by a fair margin. Of the 13 apps, the median MVP price is $10,800 for iOS in contrast to the $8,640 median on Android. However, the price to develop a web app is typically about the same as developing the app for Android. 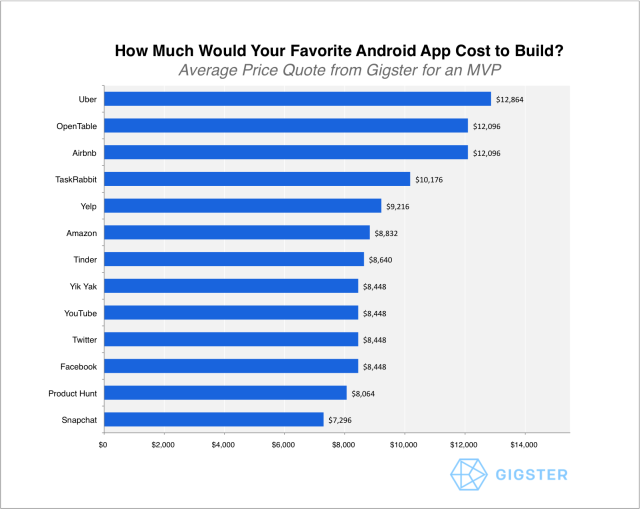 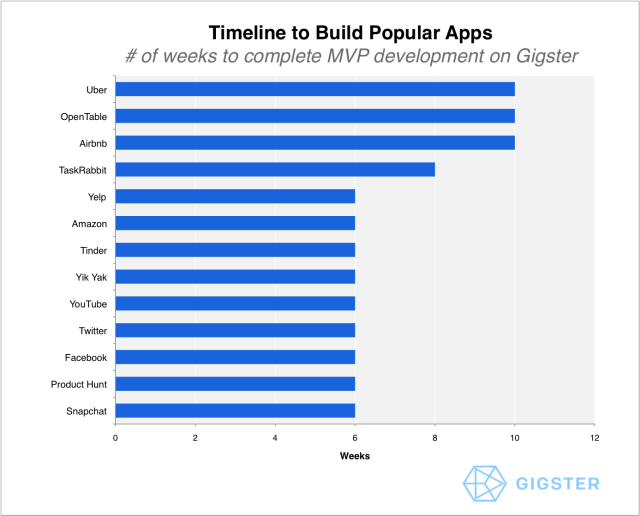 It all begs an important question though: how much more do you need to bring your product to launch? According to Gigster’s data, a more polished, beta version of the app costs about 50 percent more money and takes about another month to build. A completely finished, launch ready then costs about three to four times the amount an MVP would and takes about four extra months to complete.

So, you really don’t need me to lay out just how valuable these kinds of projections would be for an early stage startup. However, I think that's kind of the ultimate goal of Gigster's calculator here. It's a great show of how startups are tapping into the world of big data and creating actionable results with it.