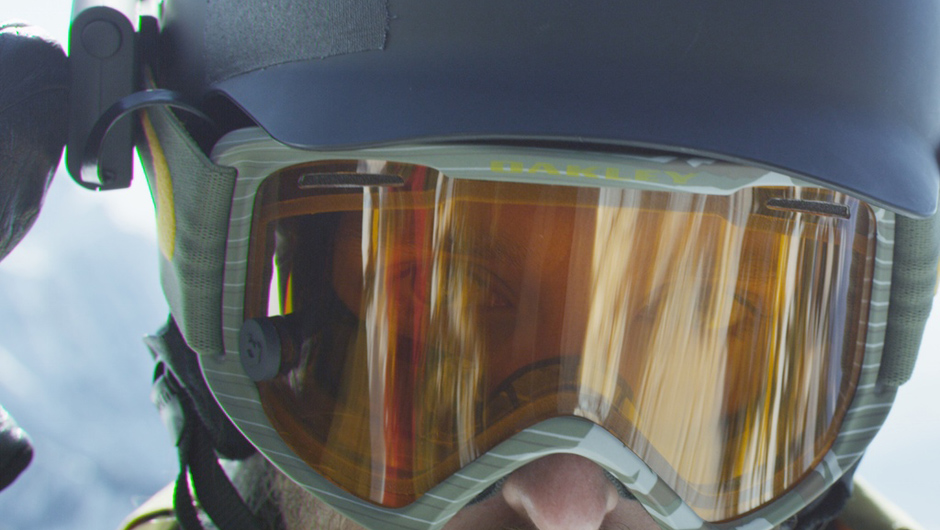 One of the coolest parts about living in California is that we have places you can travel to that hit nearly all of the different climate zones: coastal, forest, desert, and mountain. It makes planning weekend trips super fun and easy, and it opens up a whole realm of activities to enjoy.

Peng Shao moved out to California with a love for skiing and snowboarding in his heart, and as such, traveled to the mountains a lot. During one of his trips down the mountain he happened upon the thought that augmented reality (AR) tech could be a huge benefit for the sport.

For example, it could be helpful for people who want to know how fast they’re moving down the mountainside. Other people might want to stay connected to their friends or be able to find them if they get separated. Not to mention phone calls don’t always work well on the mountain.

But how do you accomplish that with the range of technology available to somebody carving down the side of a mountain? Shao and his four cofounders decided that the answer was to startup a company called AR Devices and build a product offering: GogglePal was born.

It operates independently of a smartphone, but if you have one on you it’s 100 percent possible to connect it to Bluetooth for extended functionality. Outside of that thoguh all you have to do is clip GogglePal to the bottom corner of your goggles.

It lights up your entire field of vision with a heads up display (HUD) that tells you how fast you go, where your friends are, incorporates ski resort maps, and also has a game feature to play with friends. It also has exercise data like calories burned and a 6-axis gyroscope to track your movements and log your data for performance stats.

“We think the two worlds of VR and AR will merge after like 20 years, but for now they’re absolutely separate in different areas,” says Shao. “We chose this area based on our personal interests first off because we all ski. We also think AR is more relatable to daytime, active lifestyles. VR is mostly for gaming stuff right now, and that’s very different.”

According to the team, the ultimate goal for any AR device is to remain unnoticed while being worn. The current GogglePal prototype is still early, and admittedly a bit big, but it works and the team has slapped a patent on it.

Not to mention their Kickstarter has officially been funded past the $40,000 goal. When it closes the focus will shift towards mass production as Shao and his crew gets ready to ship units by the end of 2015.

“We have tested our prototype with a few users, and it’s pretty exciting for them to see all the features right in front of their eyes. But between the prototype and mass production something still needs to be tuned and changed, so we’ve been putting the feedback form our users to good use,” says Shao.

GogglePal is a great start for the AR Devices company, and Shao is looking forward to a day when they can branch out into other sports. While snow sports are a near-perfect niche to start with, as the company grows they’ll look towards other sports like cycling or sky diving.

“We’re hoping to expand to other outdoor and adventure areas,” says Shao. “We want to use this where people already have glass over their eyes and can add this in as a feature.”

The coup de gras, as he tells me, is that since it’s a simple standalone device you’re never going to get privacy issues like you would with Google Glass. Watch the video they made and tell me GogglePal isn’t one of the cooler things you’ve seen in a long time.