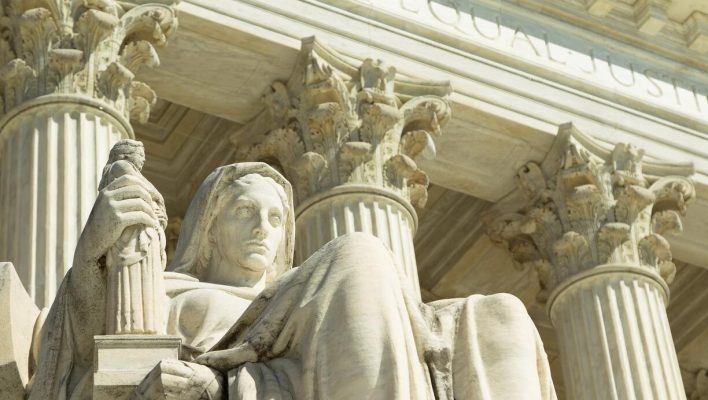 On Friday the 24th of June, the Supreme Court overturned Roe vs Wade — the 50-year-old ruling that established the constitutional right to an abortion.

Forced to contend with the post-Roe world, major firms Apple, Google, and Meta have already offered various benefits to their employees, including out-of-state travel and medical care and the possibility to relocate out of affected states.

Yet, with firms like Meta being accused of silencing conversation on the subject, many believe that tech companies aren't going far enough to quell the concerns of their workers.

Roe vs Wade Has Been Overturned

Last Friday, the Supreme Court successfully overturned the right to a legal abortion established by the 1973 case, Roe vs Wade. In a 6-3 ruling, the court reversed 50 years' worth of progress claiming that, from that moment forwards, ‘the constitution does not confer a right to abortion'.

While the Supreme Court's ruling doesn't impose a blanket ban on abortion, about half of US states have already outlawed the practice or indicated that they will soon.

As a result, in states like Louisiana, Arizona, and Missouri, millions of women will now face legal barriers when trying to terminate a pregnancy.

As the nation grapples with this new reality, many are expecting big tech to take a stance. Here's how the major players have responded so far:

How Are Tech Companies Responding?

While Tim Cook, Apple's CEO, is yet to officially comment on the overturn, Apple has released a statement displaying its support for employees and their rights to make decisions concerning their own bodies.

“As we’ve said before, we support our employees’ rights to make their own decisions regarding their reproductive health”. – Company statement from Apple

If Apple workers are affected by the legislation, they are also able to use their company benefits to travel out of the state and receive medical care.

Taking a similar stance to Apple, Alphabet's Google has also explained that its benefits and health insurance plan can cover out-of-state medical procedures for employees living in restricted states.

Google employees are also able to apply for relocation without justification, with the teams in charge of the relocation process being made fully “aware of the situation” when assessing requests.

Further to these existing employee benefits, Google spokesperson Nicolas Lopez confirms that no new changes have been made in light of the repeal.

In line with other major tech firms, Facebook's parent company Meta has also said it will cover the travel and medical costs for employees seeking abortion care outside their home state.

“(The ruling) threatens to undo the progress women have made in the workplace and to strip women of economic power… It will make it harder for women to achieve their dreams.” – Meta COO Sheryl Sandberg

However, despite their commitment to cover the costs of emergency care, Meta has recently landed itself in hot water for attempting to mute conversations around the debate.

According to a May 12 memo, publicized by the New York Times, Meta employees are being discouraged from discussing the Supreme Court's decision, with posts and comments regarding abortions even being banned on its internal comms platform.

Company managers explained that the ‘respectful communications' policy puts ‘strong guardrails around social, political and sensitive conversations'. Unsurprisingly, employees haven't taken well to the policy, with many expressing sadness over the their enforced silence.

Susan Wojcicji, YouTube's CEO, has publically expressed her disdain over the recent ruling.

As a CEO I recognize there are a spectrum of opinions on the SCOTUS ruling today. As a woman, it’s a devastating setback. I personally believe every woman should have a choice about how and when to become a mother. Reproductive rights are human rights.

However, the video-streaming company is yet to announce any new policies aiming to protect the health rights of its employees.

Unlike Wojcicki, Elon Musk, the CEO of Tesla, has remained tight-lipped since the case was overturned. The typically outspoken tycoon has, however, recently admitted to voting Republican in the most recent election, perhaps explaining his recent silence.

Despite Musk keeping his personal stance on the matter private, Tesla did release a report in May explaining that the company would cover travel and lodging costs for workers forced to seek medical care out-of-state.

As the US grapples with the overturning of Roe vs Wade, an increasing amount of pressure is being placed on tech firms to protect the health rights of their workers.

Swathes of workers are already fleeing firms that don't provide flexible working conditions, so if companies don't respond to the repeal correctly, they face the very real risk of losing out on their top talent.

However, with firms also being required to obey lawful orders in states where abortion is outlawed, protecting the right of their employees and avoiding legal quandaries is proving to be a difficult line to tread.