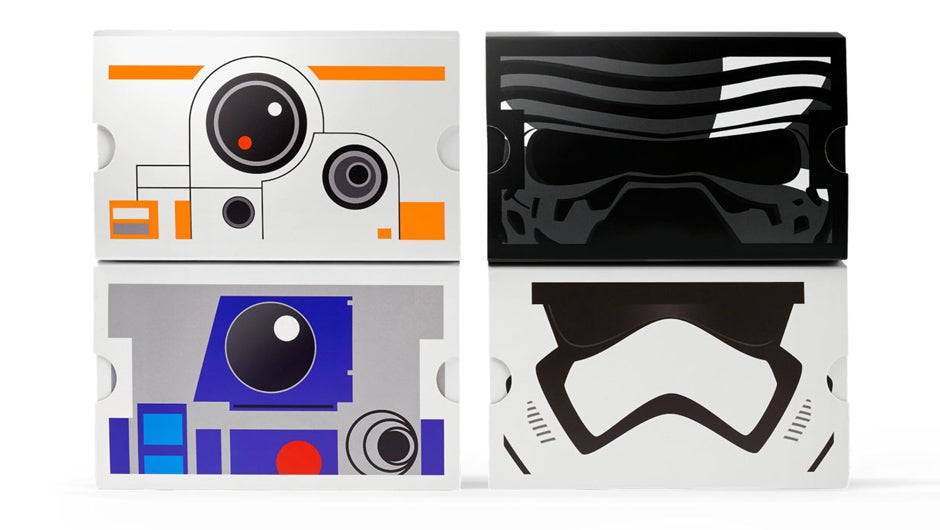 I know at least ten different people who have requested to take next Friday off from work. Why? What's the big deal? What happens next Friday? If you've been living under a rock, it's the official release of the new Star Wars movie!

Everybody is excited, no doubt about it. Even Google can't stand the hype train as it wildly rolls into the station. That's right, Google is doing a special promotion for The Force Awakens, but it's not what you might think.

Google released a limited edition Google Cardboard headset recently for people living in the US. You could pick from any of the four versions available and get it shipped directly to your front door. You'll notice I'm speaking in the past tense, and that's because the first round of Cardboard headsets was cleaned out in hours.

That's probably because Google released them entirely for free, including shipping. The available models were BB-8, Stormtrooper, Kylo Ren (the bad guy), and R2-D2. They're still offering them, but you might not get it in time for the movie release though.

These are the droids you're looking for. @starwars Cardboard now available on @GoogleStore. https://t.co/skZOr0ZTyD pic.twitter.com/OKJqGWAAdX

In case you're unaware of Google Cardboard, it basically lets you view 360 degree videos and photos by dropping your phone behind a cardboard partition. It's nowhere near a virtual reality experience like you would get on Oculus or the HTC headset, but it is super fun none the less.

If you haven't gotten your free headset yet, keep trying. And enjoy the new Star Wars when you go see it!