Keeping your password safe is getting easier on the world's most popular browser, as Google is officially adding some serious upgrades to its built-in password manager for Chrome and Android.

Considering your password is one of the primary means of keeping information safe online, following best practices is one of the only ways to shore up your online security. Unfortunately, most users don't follow password best practices, leading to some serious security gaps for businesses and individuals alike.

But all is not lost, considering Google's built-in password manager could provide everyday users with the protection they need, particularly after announcing all these new features.

Announced in a company blog post, Google is reportedly adding some serious functionality to its built-in password manager for Chrome and Android users. The changes are designed “to help make the experience easier to use, with even stronger protections.”

Along with the announcement of new features, Google also provided a little video that provides a bit more information about what password managers do and how they secure your information.

What Kind of New Features Did Google Add to Password Manager?

All this talk about security is nice, but what about the actual features? Here are all the new features that you'll find on Google's built-in password manager for Chrome and Android:

One of the best parts of Google services is that they work so well together. Gmail, Google Calendar, Chrome, and the many other services from the tech giant integrate quite seamlessly, so much so that you likely don't even notice it at times. However, the password manager functionality between Android and Chrome has been a bit disjointed, confusing users about whether or not they're the same service.

Fortunately, this update changes that by providing a consistent experience across both Chrome and Android, so you know your passwords are available on the browser or the mobile operating system. Even better, the password manager will recognize when you have multiple passwords for the same site and groups them together for easier access.

Convenience is nice, but the point of a password manager is to bolster your security. Luckily, that's exactly what some of the new features are geared towards for this password manager.

First off, the password manager is adding more robust suggestions for strong passwords, expanding the functionality to iOS apps as well. The password manager will also alert you when one of your passwords has been compromised in a security breach, or if you're using weak or repeated passwords.

These security improvements aren't just limited to Android either. You'll get access to these new upgrades on Chrome OS, iOS, Windows, MacOS and Linux too. 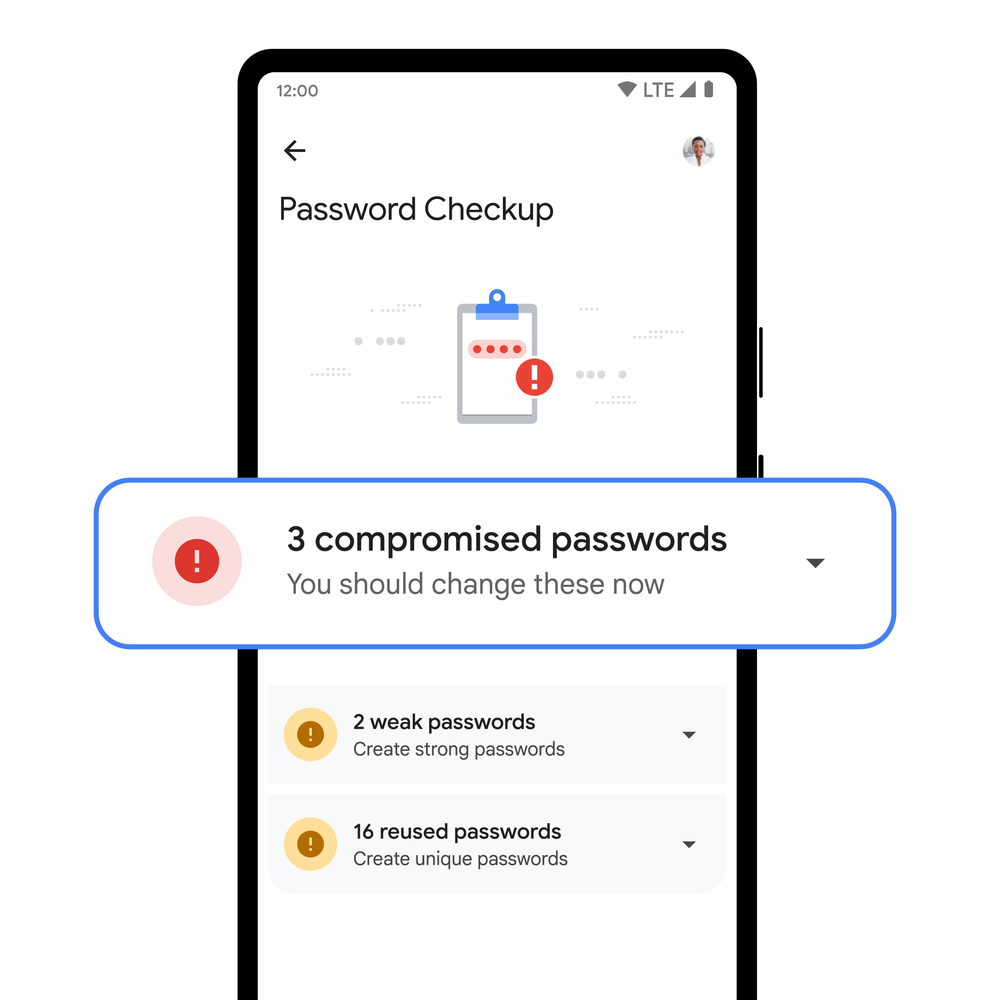 For years, the Google built-in password manager for Chrome and Android mostly operated in the background. It was difficult to access an actual password manager interface, as the primary functionality was pop-ups when trying to login.

Now, though, there's an easily accessible password manager app with a shortcut that can be added to your home screen. Additionally, you'll be able to manually add passwords, name them, and check if they've been compromised, all within the app for added layers of security.

Password security is severely lacking in 2022, and users are the ones that pay the price. While the eventual plan is to go passwordless, keeping your information safe online is paramount and a password manager is your best bet.

Admittedly, Google's built-in password manager for Chrome and Android is good and getting better. Still, paid options are a bit more robust when it comes to encryption and functionality, which is why we recommend check out some of the best password managers if you really want to bolster your security, particularly for businesses that need to keep track of everything a bit more.

Our research has found that LastPass is one of the best password managers out there, as it provides some great advanced features and thorough security measures to make sure that your password doesn't fall into the wrong hands.