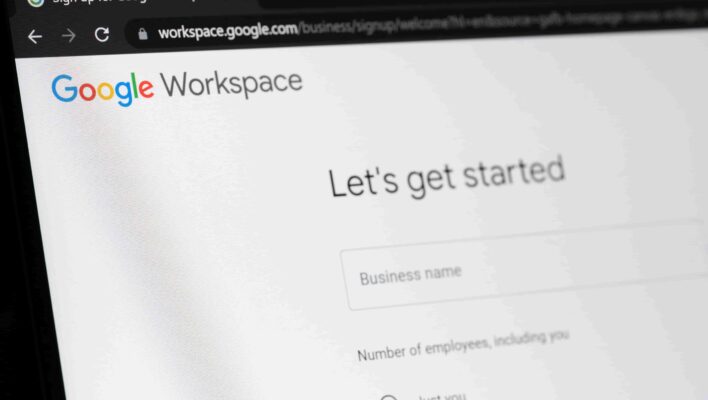 Google is currently rolling out a new update that will summarize user conversations in Google Chat and “Spaces,” the place in Google Workspace where users can communicate and collaborate.

Summaries exist already in Google Docs, one of the programs included in the Google Workspace along with Google Sheets, Gmail, and video conferencing software Google Meet.

Google has recently rolled out a number of other updates that’ll be worth checking out if you’re currently one of the many Workspace users.

A Summary of Google’s Summaries

Summaries are currently being rolled out for Google Spaces within Google Workspace and use machine learning to collate the need-to-knows from a string of messages.

Google says the aim is to “provide a helpful digest of conversations in a space, allowing you to quickly catch up on unread messages and navigate to the most relevant threads.” 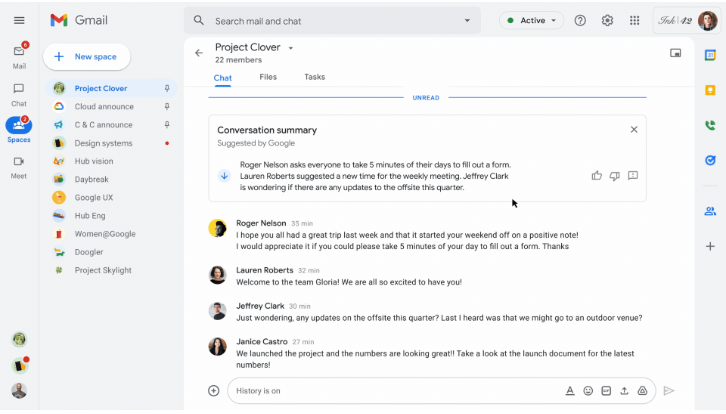 Summaries will only appear when necessary in conversations, will summarize conversations in English, and are only available on Google Workspace accounts.

The rollout for rapid release domains started on October 19th, while Scheduled Release Domains will see it in the days after November 2nd.

The addition of Conversation summaries to Spaces isn’t the only update currently being rolled out for the platform this week.

According to the Workspace updates portal, Google is also currently rolling out an update that will let you reply directly to any message with a separate in-line thread, which means you can reply to a specific message.

Google Slides is also getting a bit of a glow-up, with new, enhanced menus designed to help users navigate around the application better, and an overall reorganization of features and more prominent icons for faster recognition.

Google’s rapid development of the “Spaces” aspect of Google Workspace could signal that the company is trying to muscle in on a corner of the business collaboration and communication market currently occupied by Slack and Microsoft Teams.

Google already provides web conferencing like both of the above providers (although Slack is seldom used for such a purpose) but is probably more akin to Microsoft Office due to its Word, Excel, and PowerPoint analogs Docs, Sheets, and Slides.

However, these Spaces updates make Google a much more attractive prospect for instant collaboration and messaging — and considering the bad security press Slack and Teams have recently received, it likely trumps them on security too.

If Google continues to develop and update Spaces, as well as some of its other instantaneous collaboration functions, it’ll become an even more attractive all-in-one platform for businesses.