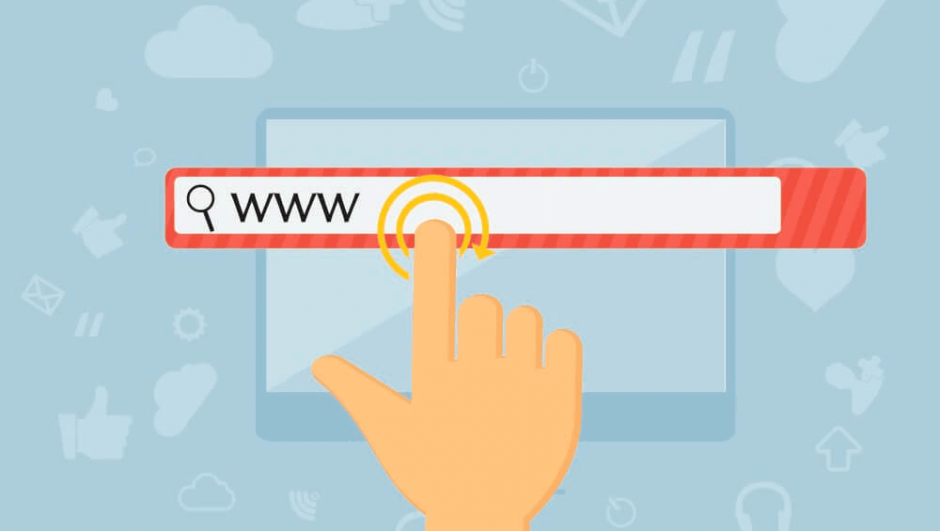 The world of technology is always evolving, and Google is regularly at the forefront of any meaningful innovation. However, the tech giant's next ambitious move has the potential to alter nearly every aspect of the internet for everyone in the world. That's right – it wants to get rid of URLs.

URL (Uniform Resource Locator) is the name given to the web addresses we hold so near and dear to our hearts (and bookmark bars). Because the particulars are a bit complicated and far from necessary in this context, let's just say URLs are pretty much how everyone gets around the internet. And, according to Google, they're not entirely necessary when it comes to navigating the world wide web.

This world-changing innovation is far from easy to understand. To help clear things up for you, we've answered a few basic questions about why Google is taking on URLs, what would replace web addresses on the internet, and how this move would change the online world as we know it.

We've all heard the old saying, “If it ain't broke, don't fix it.” Even Google, one of the most infamous innovators in the world, can't deny that getting rid of URLs for no reason is foolish. So what's so wrong with URLs that Google feels like it needs to do away with them?

Sure, “Tech.co” is pretty easy to remember as far as URLs are concerned. However, most of the basic URLs we're so familiar with – like facebook.com, gmail.com, and pretty much any single word followed by .com – only make up a small percentage of the internet.

Considering the URL limit for browsers like Chrome and Internet Explorer hovers around 2,000 characters, it's safe to say we have a URL length problem. Unfortunately, only a small population of the online community understands the contents of a URL beyond the first few characters – creating some serious confusion across the web.

“People have a really hard time understanding URLs,” said Adrienne Porter Felt, engineering manager for Google Chrome to WIRED. “They’re hard to read, it’s hard to know which part of them is supposed to be trusted, and in general I don’t think URLs are working as a good way to convey site identity.”

Let's be honest though: URLs are hardly the most confusing thing about the internet. Yes, they're lengthy, overly inflated, and nearly impossible to understand, but how does that affect your daily online experience? Well, for one, it's making it a lot less secure.

Because no one understands URLs, they're incredibly easy to replicate for the purposes of hacking and phishing for information. One of the most popular means of stealing personal information online is to create a URL that looks enough like a real URL, in order to get you to input your data to “unlock an account” or “update your billing info.”

What Would Replace URLs?

Alright, well let's not get ahead of ourselves. Yes, Google is leading the charge on getting rid of URLs, but that doesn't mean it has a viable idea yet. Transforming the internet as we know it takes time, resources, and a stroke of genius that even Larry Page will be lucky to muster. Fortunately, Google isn't pretending it knows what's next, nor that its decision won't ruffle a few feathers. What it does know, however, is that URLs have got to go.

“I don’t know what this will look like, because it’s an active discussion in the team right now,” says Parisa Tabriz, director of engineering at Chrome. “But I do know that whatever we propose is going to be controversial. That’s one of the challenges with a really old and open and sprawling platform. Change will be controversial whatever form it takes. But it’s important we do something, because everyone is unsatisfied by URLs. They kind of suck.”

We've effectively been using URLs since 1994, and changing that will come with a certain level of controversy. That's pretty much a given. The key will be developing an alternative that is not only secure and simple, but also easy to use and less annoying. Good luck, Google! You're going to need it.

How Would This Change the Internet?

But what does that mean? Other than being more secure, less complicated, and generally less annoying, getting rid of URLs seems like it would have a huge impact on the internet as a whole. However, if Google does it right, things won't be that different at all.

Without a viable alternative in mind, it's hard to say exactly how this will change the online world. But Google's goal, as it's insisted, isn't to completely upend the URL format we've all come to know and love. It wants to replace it with something easy, secure, and familiar – mainly so the online community doesn't end up cursing the renowned tech company as the ruiners of the internet. But when it comes to an innovation this broad, it'll be easier said than done.