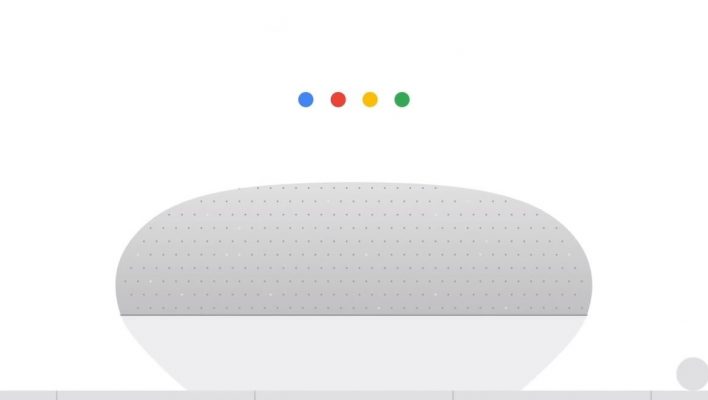 At this year's CES, voice assistants were big business. Amazon is seemingly adding Alexa to anything it can, from toilets to cars. Not to be outdone, Google was also keen to crow about its own voice assistant, even revealing Google Assistant usage stats for the first time ever.

According to Google, 500 million of us are talking to its voice assistant every month. It's no surprise, then, that Google is continuing to roll out new features.

The latest feature upgrades focus on home life and that all important word, privacy. Yes, in an attempt to make us feel more comfortable sharing our thoughts with an AI, Google is giving us more tools to control how our data is used.

There are also new features that will extend Google Assistant compatibility with third-party products, as well as schedule devices to start at certain times.

Perhaps the most important addition for many, it's worth looking at what Google has done to appease fears of it listening in to our everyday conversations. You'd be right to be worried too, with 2019 seeing a lot of headlines about the handling of voice recording data. Companies believe the key to our trust is in giving us more control.

“How do I keep my data private?”

Google Assistant will already give you the answer to questions such as “How do I keep my data private?” – it lists off the ways in which you can be assured you aren't being snooped on, and the precautions that you may want to take. Now it's, adding some further new features.

“Google, are you saving my audio data?”

The first extends the information sharing aspect by letting users ask “Google, are you saving my audio data?”, which will prompt the device to reveal exactly how it's using the data. It will also prompt a settings menu where you can make changes to what is and isn't captured.

“Hey Google, that wasn't meant for you.”

Another new function is the ability to say to a device “Hey Google, that wasn't meant for you.” Presumably, this is designed for those awkward moments when you're mid-argument with your spouse about why the Cheerios haven't been put away, and Google merrily wakes up wanting to join in. It's a neat option, especially for those nervous about having their offline conversations captured.

“Google, delete everything I said to you this week”

It's also worth remembering that you can say “Google, delete everything I said to you this week.” This will erase the AI assistant's memory banks in one swoop.

A couple of new family friendly features have also been added to Google's voice assistant. We'd struggle to call them essential, but we can see their appeal.

The first is a virtual sticky note, designed to be used with devices that have displays. If you're the sort of family that struggles to find a pen in a hurry, then this could be a welcome feature. As the name suggests, users can leave a virtual note on the homescreen on a Google Assistant enabled device for all to see. They don't even need to be logged in, which surely could lead to some abuse when your friends visit and get rowdy. All you need to do is use the voice command “Hey Google, leave a note that says…”

The other feature is the ability to share your essential contacts on a family device with a speed dial function. This allows any user to quickly access important numbers, even if they don't have them in their own address book.

Google has announced that its assistant will soon work with more third-party devices than ever. It's quite a list, and far too many to go into here, but includes Philips Hue, August Smart Locks, Telus Wi Fi hubs, and MerossSmart's garage door opener.

If juggling all these devices seems like hard work, then good news. Soon, Google will intelligently recognising when you set up a smart device with the company's own app, and prompt you to link it to the Google Home app. Then it's a case of just linking the new device in the app, without having to enter all the details again.

Another new feature is the ability to schedule devices for certain times through Google assistant, with Scheduled Actions. Have a connected AC unit that you want to kick in five minutes before you get home? Not a problem. This granular approach to smart devices feels like an innovative way to juggle smart home tech, especially as it's all do-able from within Google's native Home app, rather than having to access each dedicated app individually.

Of course, spoken replies are the most basic elements of any voice assistant. Without, they'd be pretty redundant. Google is aiming to improve what its own assistant can do, especially when it comes to long-form content. Using the command “Hey Google, read this page” will prompt the assistant to read out the page for you. There's even a user interface that allows you to manipulate the reading speed, as well as auto scroll.

If the thought of listening to the stilted voice of Google read you a bedtime story doesn't appeal, then fear not, as it's also experimenting with new more expressive voice data that sounds more natural and is easier to listen to for long stretches.

Google is also rolling its translation tech into this feature, meaning that it is able to read text in 42 languages.

In a similar vein, Google is also offering an Interpreter Mode to businesses, which allows for a real-time conversation between two different languages, with translation happening at either end for both parties. The tech is already being used in places such as Caesar's Palace Casino in Las Vegas, and JFK International airport, and is now being rolled out to other business types including sports stadiums and humanitarian aid organisations.