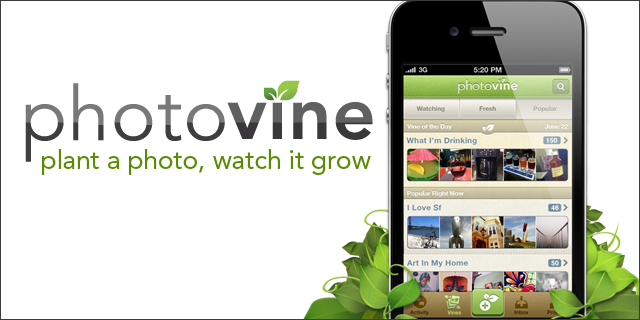 Today Google launched Photovine, a mobile photo-sharing app. The application enables users to take a picture of something – let’s say an amazing picnic or double rainbow – and then upload it and share it.

The apps name is derived from the “vine” part – someone else can see your photo and upload their own similar or related photo, and then someone else does it and so on. So it creates a set of photos that are all similarly focused.

While photo applications (see Instagram, With, Path, etc.) are all the rage right now, I am not surprised Google launched their own and got in on the fun, as it could be the creation of the next social network. But still, I am slightly confused as to why Google would launch a new brand when they have photo offerings.  Google bought Picasa during the Web 2.0 boom and recently announced they were pulling it into Google+ (which is one of the fastest growing social networks, ever). So why launch a new photo-sharing app that could dilute the direction of users? Or perhaps this is an effort towards testing new brands and product extensions as part of a new photo strategy…

So, what do you think?  Have you used it, or will you try it (you can download it here – it's an iOS app)?  Let us know what you think in the comments section below.