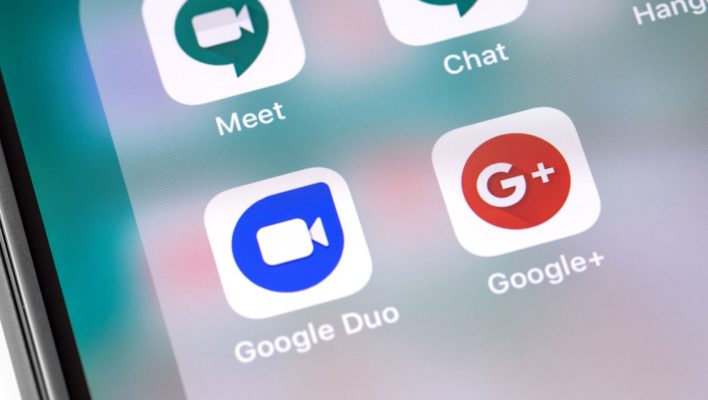 Well, it's happening again; Google is making yet another change to the name of its various platforms, combining Google Meet and Google Duo into a single platform.

It's fair to say that Google has had a hard time figuring out what to do when it comes to video calls. Sure, it offers great platforms like Google Meet, but unlike Apple — whose been steadfast with its iMessage and Facetime platforms — Google is all over the place when it comes to consolidating its own communication apps.

Now, though, it seems Google is at least headed in the right direction, as the company is combining two of its apps into a single platform in service of a more cohesive ecosystem.

Google has officially announced in a company blog post that it will be combining the Meet and Duo platforms into a single video communication app later this year. The merge will help Google compete with more popular options like Facetime by doing away with all the convoluted naming conventions and varied functions.

Still, even the way Google is rolling out the change sounds like another exercise in confusion:

“In the coming weeks, we’re adding all the Google Meet features to the Duo app, so users can easily schedule a video meeting at a time that works for everyone or continue using video calling to instantly connect with a person or group. Later this year, we’ll rename the Duo app to Google Meet, our single video communications service across Google that is available to everyone at no-cost.”

This combination is a much-needed change for Google. While the company does a lot of things well, consolidating its arguably too vast family of apps has not been its strong suit.

To name a few, Google messaging and video call apps have been called Hangouts Meet, Google Chat, Hangouts Chat, Allo, Google Talk, Google+ Messenger, Google+ Hangouts. Suffice it to say, Google is making big progress by getting rid of apps rather than adding them, although the bar has clearly been set pretty low.

Is Google Meet a good platform?

While it's fun to criticize Google for its inconsistent naming conventions, the reality is that Google Meet is a notably impressive web conferencing software. It offers an affordable paid plan, a solid free plan, advanced features like live captioning and customizable backgrounds, and naturally seamless integration with the rest of Google Workspace.

As you can imagine, adding Duo features and functionality to Google Meet is only going to make it that much better. Particularly from a business standpoint, the ability to call via phone number or email and send messages through the same app will make life a lot easier for employees.

While it doesn't compare as favorably to competitors like Zoom, our research shows that it does outmatch other popular options like Microsoft Teams. For more information on the best web conferencing platforms, check out the table below to see how they all match up.