In August 2016, Google announced two upcoming updates that would affect how they rank sites: mobile sites would now be indexed, leaving behind desktop indexing; and the use of invasive mobile popups could result in site traffic penalizations. Much like the dreaded initial days of Google Penguin, a code name coined by those who work in search engine optimization (SEO), many marketing and ecommerce teams were concerned about how these changes would affect not only their site, but how they work.

Now Google’s modus operandi, details regarding what kind of popups, when they appeared, and even how much of a screen they can take over were hazy at best. The initial reaction was to simply shut mobile popups off, but many sites continued and still continue to use them. Perhaps better safe than sorry, a bit of data goes a long way.

In an effort to better understand what factors may result in a site penalization, Blue Acorn and AddShoppers conducted an analysis across 20 sites known to be actively using various mobile popups. Though results are considered preliminary, initial findings did result in several themes that can help teams prevent the dreaded dinging of site traffic.

The good news is that mobile popups can still be used, but must only take up a minimal portion of the screen. Google also stated that legally or required popups will not cause a site penalization, and these would include things like age gates. From the analysis, the most likely factors to lead to a site penalization are as follows:

Sites using smaller, action based popups should not see a negative impact on their site.

After doing some digging between Alexa’s Site Ranking tool and Moz, one particular ecommerce brand took a clear hit. Several other brands saw some impact as well, but because the data is still a bit light, it’s harder to clearly indicate whether or not they were directly impacted from the new algorithm. Over the coming months sites who have been penalized will be more prevalent. 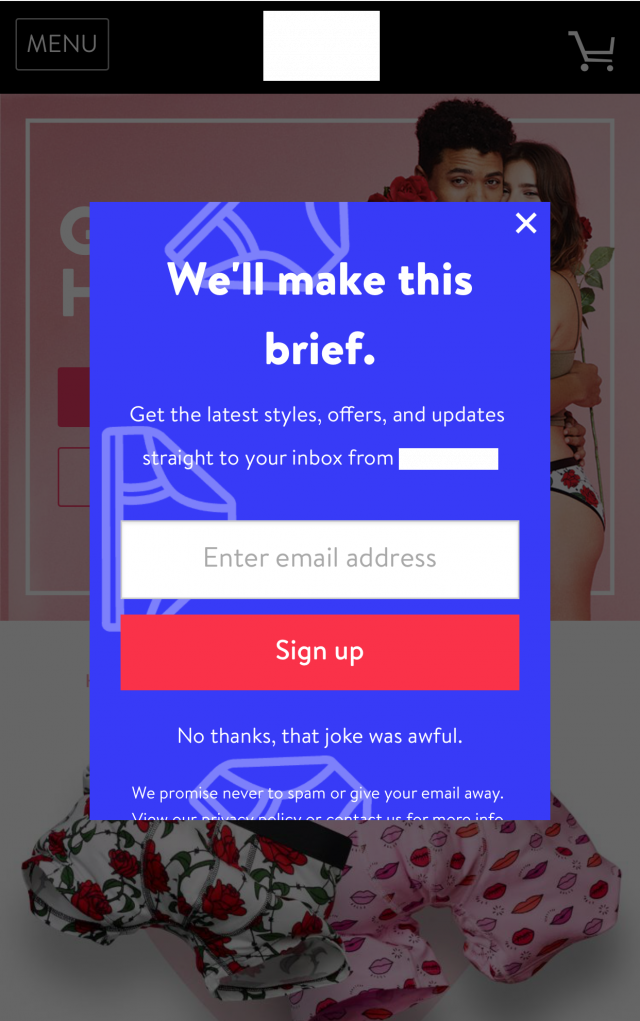 This particular clothing ecommerce brand experienced the most drastic traffic decrease as a result of their popup. After analyzing their traffic, it was noted that they were using a box that covers the majority of the screen, had text formatting issues, two ways to close it, and an email capture field. The traffic was generally consistent between October and January 9, and then drastically declined. This site prominently exemplifies the negative effects of Google’s algorithm update.

In addition to Alexa Traffic Rank, Moz also showed similar evidence of sites being penalized. In the chart above, this interestingly shows a relatively drastic initial decrease in domain diversity starting when the rollout began, followed by additional drops over the past 60 days. Using Moz’s domain authority tool, it also showed a two point drop for this particular brand between late December 2016 and late January 2017. On the opposite side of the spectrum,

Google’s new algorithm is broken down into two components, each with a focus on pushing sites to a mobile-first ideology. Ultimately, this comes down to the majority of where traffic comes from. For years, mobile surfing has overtaken desktop, with data showing more than 5 billion people using mobile phones by 2019.

Initially set for January 10, 2017, Google stopped using a split index to decide where a website places in search results, and began rolling out penalizations for sites employing intrusive mobile popups. 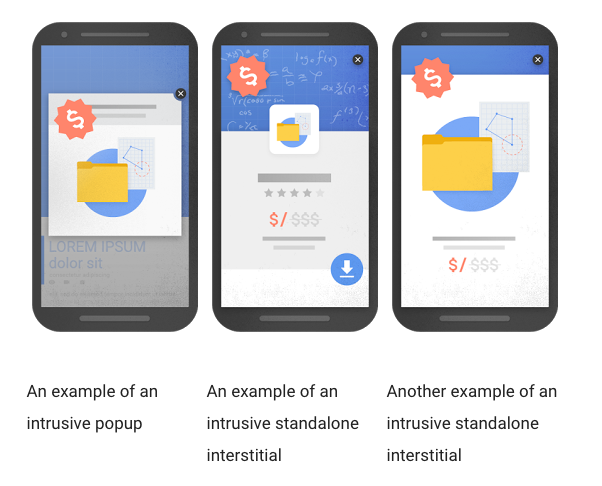