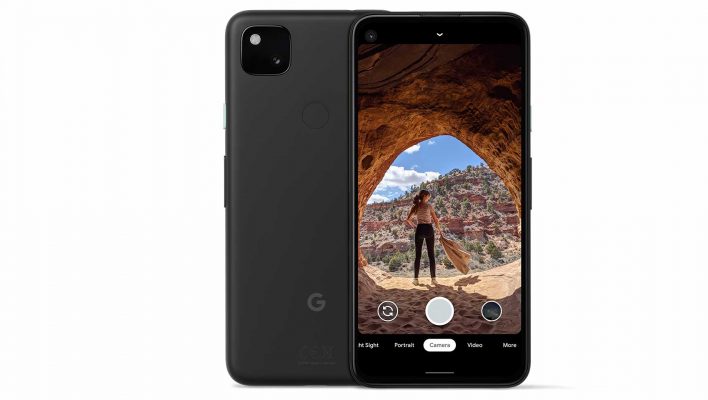 Google has finally revealed its new cut-price Pixel 4a – and it is an absolute steal at just $349.

That low price tag is a real statement of intent from the search giant. The Pixel 4a $50 cheaper than the iPhone SE and the OnePlus Nord. What's more, it looks set to blow its new rivals out of the water in the camera department, as the Pixel 4a makes use of Google's renowned image processing software.

So, is the Pixel 4a the best cheap phone on the market?

Pixel 4a – Everything You Need to Know 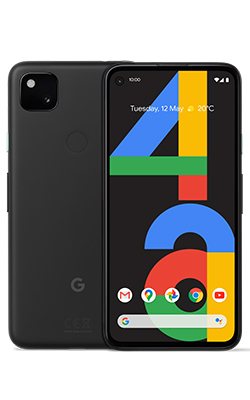 In truth, there wasn't much we didn't know about the Pixel 4a before it launched. Google's phones always have a ton of information leaked about them before they eventually launch. Still, if you missed all of that, here's the lowdown on the new phone.

It has a 5.81-inch, 1080×2340 OLED display with HDR support and a punch-hole front-facing camera. The 3140 mAh battery is (thankfully) larger than the anaemic unit we saw on last year's Pixel 4. However, we wouldn't expect the phone to last much longer than a day on a full charge. You also get USB-C 18W fast charging, which should help you out in a pinch.

You get the increasingly popular Snapdragon 730G processor, which is paired with 6GB of RAM. That won't mean lightning-fast performance by the standards of 2020's top-end smartphones, but it'll certainly be enough for some gaming and speedy app-opening. What's more, Google is offering 128GB of storage as standard.

But, of course, the Pixel's most important features are its front and rear cameras. On the back, you get a single 12.2Mp lens with optical image stabilisation and a relatively narrow f/1.7 aperture. That camera can also record up to 4K video at 30 frames per second.

Round the front, you get an 8Mp snapper, with an f/2.0 aperture and a relatively wide 84-degree field of view. It can record up to 1080p video but only at 30 frames per second.

Those stats might not sound impressive but, of course, Google's image processing software is — genuinely — second to none. The Pixel 4a gets all of the high-end camera features that the Pixel 4 and 4 XL received, including astrophotography, which lets you take exceptional photos of the night sky (if light pollution isn't too much of a barrier, naturally).

Should You Buy the Google Pixel 4a?

Based on the spec list, our only potential concern with the Pixel 4a is its battery life. 3,010 mAh isn't huge but, given you've got a relatively small screen and the efficient Snapdragon 730G processor, the battery life might be OK.

So what about its rivals? Can the iPhone SE and OnePlus Nord hold a candle to Google's latest cheap phone?

See our guide to the Best Phone Brands

If display size and quality are what matter most to you, the OnePlus Nord has both Google and Apple's efforts licked. The Nord packs a 6.44-inch 1080p display with Gorilla Glass 5, HDR10+ support, and a 90Hz refresh rate.

That refresh rate is key as it helps to make almost everything you do seem smoother and more refined.

The Nord also has the Pixel 4a bested when it comes to performance. The OnePlus phone packs a Snapdragon 765G processor and a choice of 6, 8, or 12GB of RAM. Of course, the Nord does cost almost $100 more than the Pixel 4a, we'd be expecting some improved components.

However, the Pixel 4a has better camera performance than the Nord — despite the OnePlus having a compliment of two front cameras and four rear lenses.

If you value performance and have an extra $100 to spend, we'd get the OnePlus. If you don't, and really want a top-drawer camera, get the Pixel and spend the change on a nice day trip to test out your new snapper.

Normally, we advise that people stick to iOS if they're already ingrained into Apple's ecosystem. However, Google's fuss-free version of Android is the perfect place for iPhone regulars to try out another operating system.

iPhones used to lead the market with display tech but, compared to the Pixel, the 2020 SE looks seriously behind-the-times. Apple is still selling its 4.7-inch, 750×1334 LCD display. It's not bad but it won't be a patch on the Pixel's OLED counterpart.

However, again, the Pixel phone is bested when it comes to performance. The iPhone SE gets the A13 Bionic processor — the fastest mobile chip on the market, bar none. Although, the iPhone does only make do with 64GB of storage, compared to the Pixel's 128GB.

See our guide to Which iPhone to Buy

But, the cameras simply won't be comparable. Apple can manage to rival Google's photography efforts with its higher-end iPhones but, at this price point, the iPhone SE won't be able to compete. However, there is a high chance that the iPhone might take better video than the Pixel 4a — but we'll have to get our hands on both devices to confirm.

All told, the Pixel looks the better option for camera and screen quality although the iPhone will have it bested for performance. Still, if you're a regular iPhone user considering the SE, we'd recommend taking a very long and very hard look at the Pixel 4a.