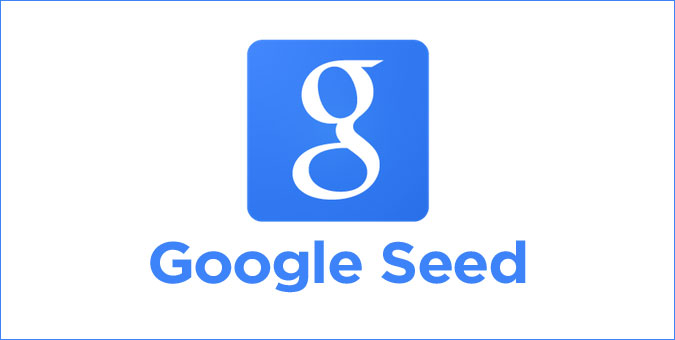 This morning my curiosity was sparked as I was followed by newly a created unverified Twitter account @GoogleSeed. The new Twitter handle posted a tweet sharing that Google Seed is coming soon. Due to the name and it's creation coinciding with Earth Day I wondered if Google would be seed bombing the country in an effort to save the planet. My second thought went to startups and seed fund to help entrepreneurs birth new ideas. I was going to poll our readers on what this new product from Google might be.

Before I could initiate a poll it appears the cat is already out of the bag and this is not a seed bombing effort after all as Google Seed replied to another twitter follower sharing Google's vision to micro-fund all the entrepreneurs around the globe.

@ClairWyant We are the future, Clair. Actually, it's just our vision to micro-fund all the entrepreneurs around the globe.

Coincidentally, I'll be in San Francisco this week crowning the hottest SF startup at our event on April 24th as we continue to watch this story unfold. We're looking forward to hearing more about this exciting new program from Google.