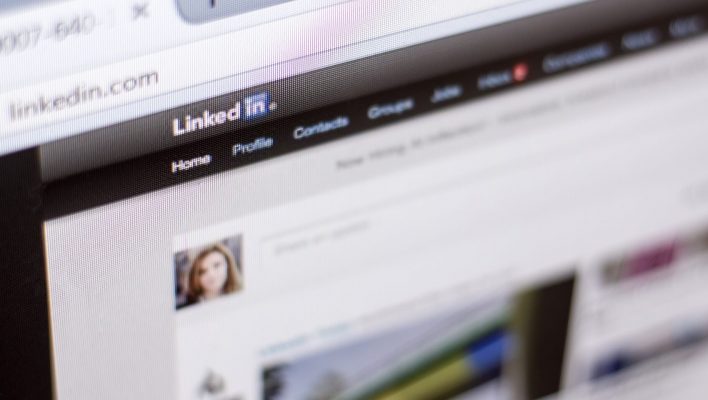 Hackers have compiled a massive trove of data scraped in part from half a billion LinkedIn profiles.

The sheer scale is hard to comprehend, particularly following so quick on the heels of Facebook's 533-million-user leak just a week earlier.

Were your details leaked? Check here

The LinkedIn data dump was first reported by CyberNews, which noted that data on two million profiles has already been leaked to all by the hackers — as proof that they weren't making up their claim to have 500 million profiles in total.

Using this leaked data, CyberNews has updated its personal data leak checker with 780,000 email addresses associated with the leak — you can search your own LinkedIn account's email address to determine if you're among that sample.

However, given the breach includes 498 million more LinkedIn accounts not accounted for in this checker, you may easily still be compromised even if the checker doesn't have your address.

LinkedIn has already responded, noting that the data isn't the result of a breach of LinkedIn's own security, but is rather information that was already available, either publically or due to prior, unrelated breaches.

“We have investigated an alleged set of LinkedIn data that has been posted for sale and have determined that it is actually an aggregation of data from a number of websites and companies. It does include publicly viewable member profile data that appears to have been scraped from LinkedIn. This was not a LinkedIn data breach, and no private member account data from LinkedIn was included in what we’ve been able to review,” LinkedIn said in a blog post.

Still, the personal information is definitely tied to LinkedIn profiles.

LinkedIn has yet to announced if they'll be notifying those LinkedIn users who are affected — something that Facebook recently confirmed it will not do in regards to its data breach affecting 533 million users in 106 countries. The move from Facebook is another worrying sign that perhaps scaling up your users into the billions is a bad idea when you are incapable of providing basic security measures to such a large audience.

It's unclear whether the data from this new leak has been accurately matched to each profile, but it makes sense that LinkedIn would be the social media platform of choice for a hacker trying to match personal data to online profiles. As a business-oriented platform, Linkedin implicitly encourages its users to post accurate and publically available data. But if job recruiters can track you down, so can hackers.

What information was leaked?

CyberNews has the full list of private data that is now potentially tied to the profiles of 500 million LinkedIn users:

In addition, CyberNews posted a screenshot of the hacker's forum post announcing the data leak: 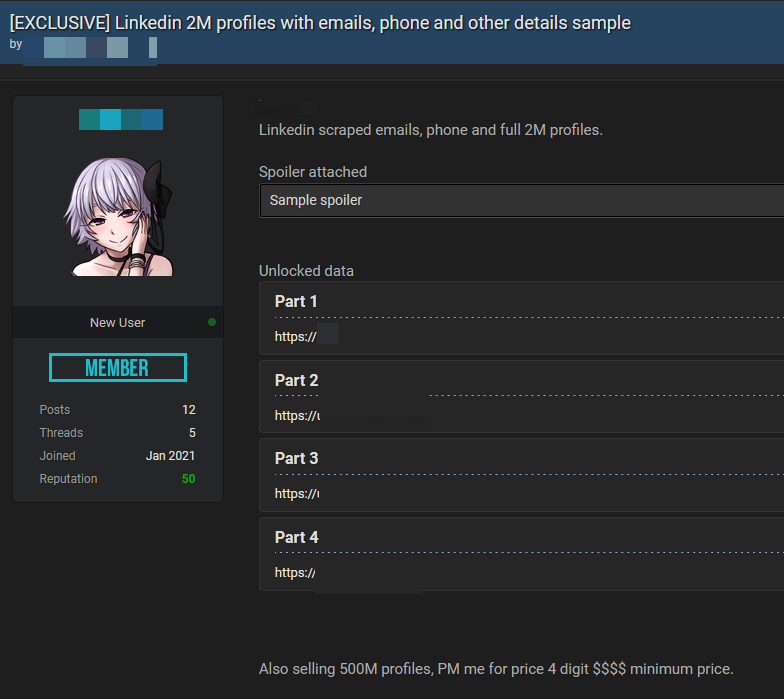 And while this is beside the point, check out that low 4-figure starting price. If half a billion profiles are going for a couple thousand dollars, making a living as a hacker can't be quite the glamorous lifestyle that 90s movies told us it was.

This data leak is yet another in a long line of breaches and hacks that all prove one thing: It's borderline impossible to protect your data online. Still, you can stay a lot safer with a few personal changes.

We'd recommend a password manager — it can auto-fill your passwords for you, getting rid of your temptation to re-use passwords just so that they'll be easier to remember. If you do, you'll be opening up more possibilities for compromise, since just one hacked account can give bad actors access to every other account you've used that password for.

Getting a high-quality VPN is another way to protect your online privacy, but if you're worried about data breaches, a password manager is likely your best bet. Here's our look at the top options.