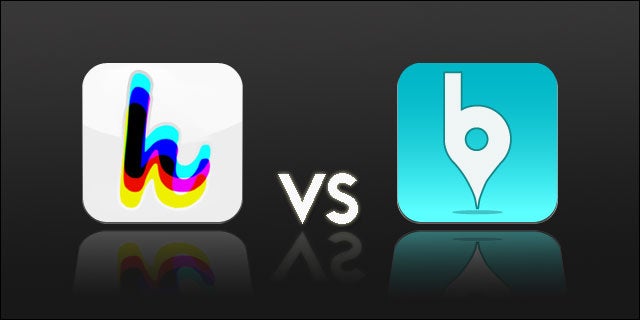 Social discovery – finding people nearby whom you might want to meet – is shaping up to be a startup trend this year. And what better way to test drive this new crop of apps than at SXSW, an over 15,000-person event where everyone is dashing around hungry to find investors and scoops?

Among the handful of social discovery apps at SXSW – like Sonar (see article), Gauss (article), and Glancee – two of the standouts are Highlight and Banjo. Both are funded – Highlight by Benchmark Capital, SV Angel, Crunchfund, and angels; and Banjo by BlueRun Ventures and Lightspeed Venture Partners. Launched in June 2011, Banjo soared to 600,000 users in 180 countries after a half year, and Highlight has been in the spotlight since its recent January launch.

The two free apps share a core goal and a few features: you can save your favorite users (or “highlight” them), and – thankfully – set your privacy settings to stop detecting your location (it’s harder to find on Banjo: go to your profile, then click settings in the top right corner). But beyond that, their approaches are quite different, impacting what you’ll see when you open up the apps, whether they're ideal for professional networking, and more: 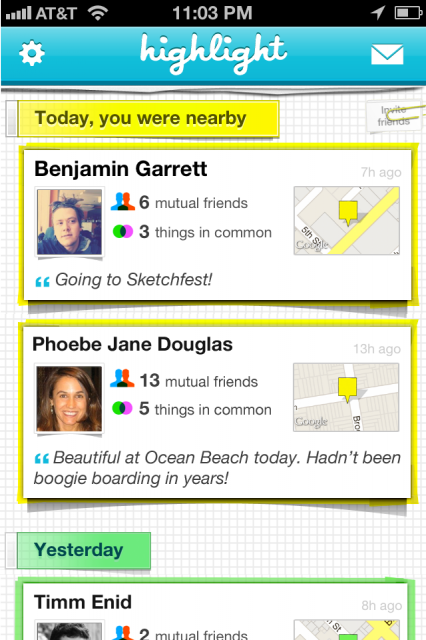 Whereas Banjo is more about exploration, Highlight does the heavy lifting for you. Highlight sends a notification when friends or relevant people are nearby – relevant meaning someone who shares your interests from Facebook or is similar to users you’ve “highlighted” already. When a face pops up, you can see mutual friends and things in common. (You have the option to search for particular users if necessary; case in point: when your feed is overloaded with SXSW attendees.)

This passivity is epitomized by what happens when no one is nearby: the app actually told me, “Hey, close the app! We’ll send you a notification when there’s something worth checking out :)” – a smart strategy to prevent me from getting bored, but not so smart if they happen to choose advertising as a revenue source. 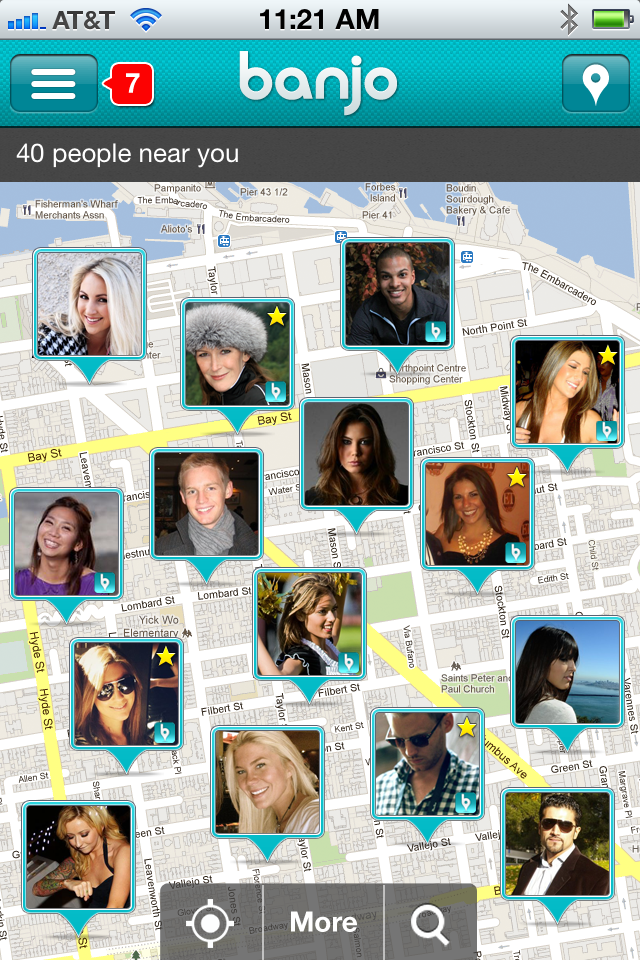 Banjo also notifies you when friends are nearby, whether they’ve checked in on Facebook, Twitter, Foursquare, Instagram, or Google Plus. But the experience is more active because you have to search an interest – say, cooking, krav maga, or startups – to find new friends. You can also browse a map with people nearby, or a Grindr-like screen with just photos. I tried this app in Bangkok and saw a bunch of potential connections in my neighborhood.

Banjo integrates fluidly with more social networks than Highlight. As with early entrant Sonar, you don’t have to be on Banjo to show up, but you do have to check in somewhere. To incentivize actual downloads, it only lets you send messages to other Banjo users; for the rest, you’re prompted to invite them to join.

On the other hand, Highlight won’t find people nearby unless they have the app. After logging on in Bangkok, I discovered that no Facebook friends (or interesting people, apparently) were nearby (hence the “get off the app!” message). Some of my Twitter followers in Thailand were probably around, but Highlight is very tied to Facebook: it pulls your friends from there, as well as your name, photo, and interests – you can’t change them directly on the app. This makes it less useful for making business connections, at least for those of us who don’t want to reveal our romantic comedy addiction (guilty!) or have a silly profile picture. Still, if enough users sign up, Highlight could eventually help make more connections because it uses GPS tracking – it knows where you are even if you don’t check in anywhere.

First of all, Highlight officially has the most annoying logo on the planet. (But at least it’s memorable.) Besides that, I would say that the app – like its website – is more minimalist. Banjo has a traditional screen with a list of options – including Explore, Updates (newsfeed), People, and Friend Alerts – while Highlight only has a sidebar with mostly housekeeping and the one major way to view content: the Activity feed. Both apps use a surprisingly similar blue color.

Are you using Highlight, Banjo, or other social discovery apps at SXSW? Tell us how they worked in the comments below.