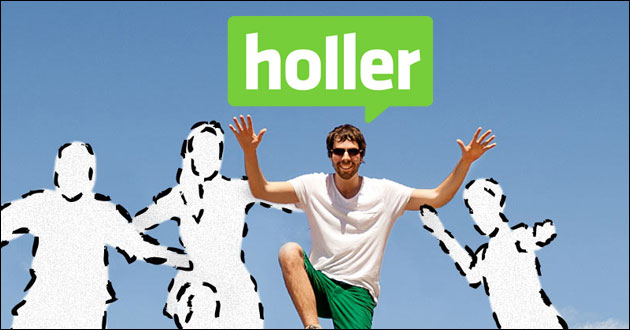 Last Friday, San Francisco-based startup Holler quietly launched into the iTunes app store. We've been following the Holler team of four since AllFacebook and SocialTimes founder Nick O'Neill first shared with us his vision for improved social interactions through Holler at South by Southwest in March. In May, I got a preview of Holler as we previously covered. Since then, the team ran into some issues with the first version of the iOS app, because it wasn't turning out the way they wanted. So Nick learned to code iOS and completely rebuilt Holler from scratch.

The all new app allows users to broadcast intents to facilitate meetups for casual activities.  If you are looking to find someone to get together with, the application asks users to post what they are looking to do (if you want to add additional details you can). It then determines your location and broadcasts this intention to others nearby. Once a Holler message is received, users can join the meetup and conversations can take place via comments within the application. 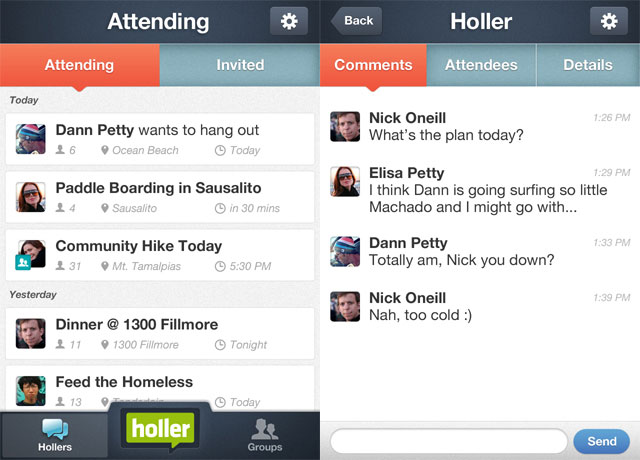 Holler also offers groups for this same purpose. So if you want to create a group specifically for friends or for an event, you could then join the group and connect with others in that group who are nearby. It's a real-time, location based chat room. All the groups are public and will broadcast to the group members who are nearby.  Think of Holler Groups like a pager (remember those?) that works with group members or those people nearby.  Unlike other group messaging platforms like GroupMe and others, each message is an open notification with the purpose of getting together and doing something. 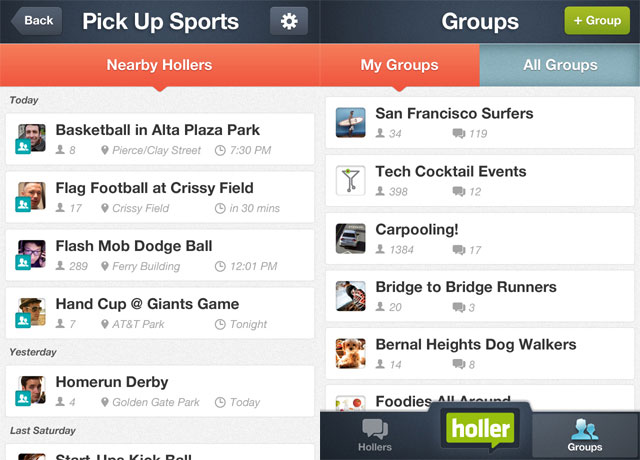 This week at the TechCrunch Disrupt SF conference, attendees can join a special group via the app and then communicate to other attendees nearby to organize grabbing dinner, a cup of joe or maybe even an after dinner cocktail. The app currently offers an iOS version as well as a Web version for anyone who doesn't use Apple products. 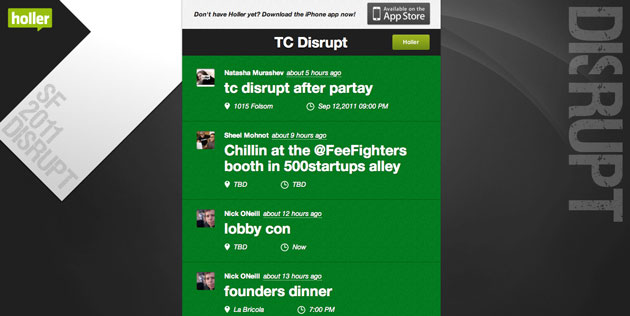