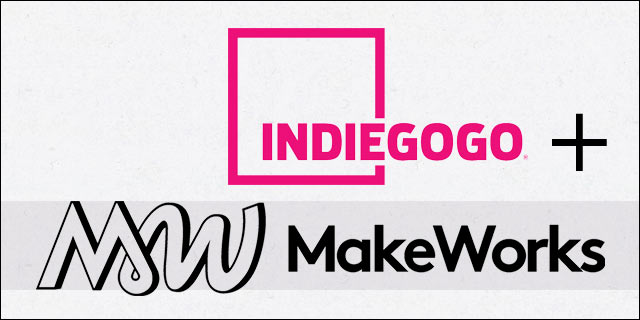 MakeWorks – the first coworking maker studio in Toronto for both digital- and physical-focused startups – announced today that it is partnering with Indiegogo Canada to launch an Indiegogo campaign aimed at further building out the space. The partnership falls into place as Indiegogo Canada moves its Canadian office into MakeWorks itself.

“Toronto needed a new kind of shared workspace catered to the next generation of startups, products, and services. We built MakeWorks to serve a more diverse group of startups, and the feedback so far has been overwhelmingly positive,” said MakeWorks founder Mike Stern.

MakeWorks's 10,000 square-foot studio offers startups working in the digital and physical markets not just a coworking space, but also access to prototyping tools, various maker tools like 3D printers, and a large event space to hold community meetups and hackathons. These past four months, Stern has been working on building the space, which is now already home to more than 30 different startups, including Pawly, which has created a robotic dog companion that can be controlled through a mobile app.

The Indiegogo campaign for MakeWorks will give the space an opportunity to further their mission, helping them to hold more community workshops, expand their equipment offering, and potentially finance a second location. Because of the unique partnership with Indiegogo Canada, there will be a set of unique perks typically not found in crowdfunding campaigns, such as personalized laser-engraved goods, sponsored school field trips, and 3D printing workshops, as well as a few others being planned by MakeWorks and Indiegogo.