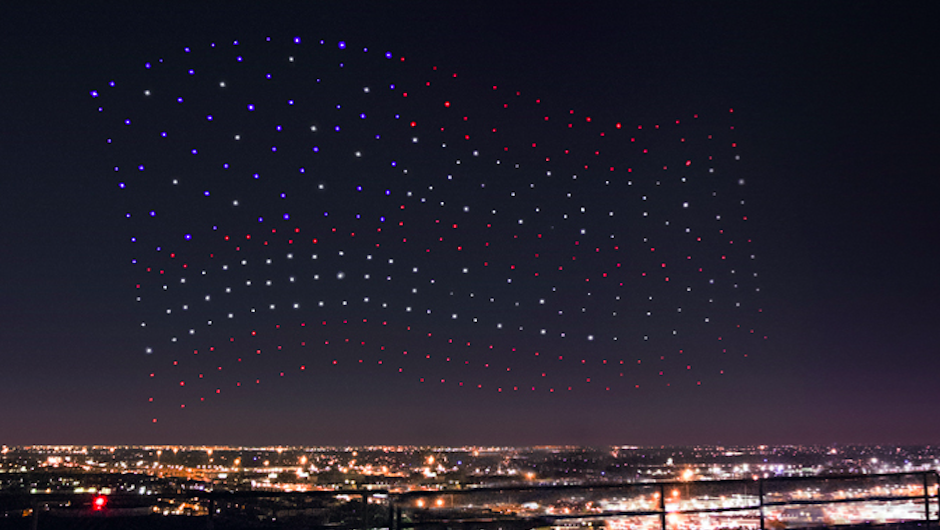 The Super Bowl Halftime Show is one of the most highly-anticipated spectacles of the year. Huge celebrities, popular songs, and hardworking stage hands combine for a million dollar concert on the world's biggest stage. But what many don't know is that this event is a testing ground for some of the most innovative tech on the market. And last night, we were treated to the best of the best: dancing LED drones.

That's right, above Lady Gaga's head on top of NRG Stadium in Houston, three hundred Intel Shooting Star drones lit up the sky and showed the world that they ain't seen nothing yet. The drones formed an American flag as Lady Gaga dove onto the field to perform the rest of her concert, but the real stars were already out in the form of these incredible entertainment drones.

If you hadn't guessed, these dancing drones are a new type of technology. These unmanned aerial vehicles were specifically designed for entertainment events like music festivals and sporting events. The purpose-built quadcopter drone is clearly equipped with LED lights that can create more than 4 billion color combinations. Perhaps more impressive, they can be easily be programmed for any animation, as the Super Bowl Halftime Show clearly showed. While this technology has been on display in YouTube videos and other smaller venues, this is the first time the dancing drones have been shown in a televised event.

“Lady Gaga and the Super Bowl creative team wanted to pull off something that had never been done before and we were able to combine Intel drone innovation with her artistry to pull off a truly unique experience,” said Josh Walden, senior vice president and general manager of New Technology Group, Intel in a statement. “The potential for these light show drones is endless and we hope this experience inspires other creatives, artists and innovators to really think about how they can incorporate drone technology in new ways that have yet to even be thought of.”

Objectively speaking, this technology is awesome. While the parts are nothing too complicated (LED lights, drones, and animation software), the result was nothing short of breathtaking. And with the possible uses for this technology being essentially endless in the entertainment realm, Intel's dancing drones could be the feature act of a lot of sports-related spectacles in years to come.