It's the time of year for Apple's annual iOS update, and iOS 13, available from today, brings with it a raft of big changes that are sure to be welcomed by iPhone owners.

Among them, Apple introduces everything from better security features to more expressive emojis. There's also now a dedicated dark mode for after-hours browsing, plus the introduction of Apple Arcade, the company's new gaming platform. One thing's for sure, iOS 13 is no half measure – it has some significant changes to previous generations of the operating system.

The good news is that you don't even need to buy one of the latest iPhones to get these new features. Apple has rolled the update back as far as 2015's iPhone 6s. We'll tell you if your model is eligible, plus round up the key features below. 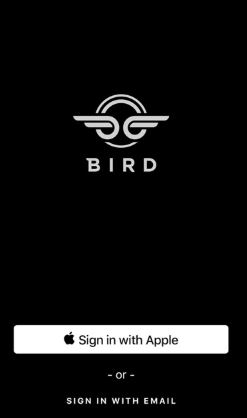 Privacy and security are major concerns for tech buyers, and Apple knows it. Not only has the company managed to avoid any major privacy gaffes in recent years – unlike other tech giants such as Facebook – but CEO Tim Cook has made it clear that it is a topic he personally believes in. In an op ed in Time magazine, earlier in the year, Cook challenged his tech contemporaries to protect users, first and foremost. So, with iOS 13, what new features will help protect iPhone users?

Creating endless new logins for apps and websites is, frankly, a chore. Not only that, but it's also a security risk. Creating multiple accounts means that you're more likely to slip into poor password practice and have your accounts compromised. Enter Apple then, with its new Sign in with Apple feature. Yes Android users, Google has had something similar for some time, but now it's Apple's turn.

Users who choose to sign in with their Apple account are asked to use Touch ID or Face ID to verify who they say they are – and that's it. Apps that sign up to this system can only ask for your name and email address, and if you don't want to give that away, Apple can create a unique email address that will send any mail onto your real one. Apple also promises that it won't track any activity in this mode.

Apple has identified that users want more information around the permissions that apps ask them for. With iOS 13, it's now possible to go into a lot more detail about what exactly an app is gleaning from your use. It's a feature with such potential that users of the beta version immediately found some less than appealing information about Facebook's requests.

It's also possible to allow apps access to certain information in your phone as a one-time deal. Maybe you want to use an app to find the nearest fast food joint, but don't really want them to know your whereabouts long after you've finished your burger and moved on. With iOS 13, that's do-able.

Apple has made lots of changes with iOS 13 aimed at making users' lives easier. These range from faster loading times to less eye strain during those 3AM browsing sessions:

Apple's addition of Dark Mode is designed to go easier on the eyes in low light. When enabled, your phone's display will swap any large white spaces for black, instead. This saves you from strain as you scroll through memes at bedtime. The setting can be turned on manually, or can come on automatically at night.

iOS updates aren't all about new features – they also have some practical applications, too. With iOS 13, Apple claims that users can expect apps to open twice as fast as previously, and Face ID unlocks your device 30% faster. Not only that, but app downloads have been given smaller sizes, which will be welcome news for those on less generous data plans.

In what might be the ultimate ‘quality of life' addition, Apple has added a group of new health features. First up, there's cycle tracking, which can be used to record information about a user's menstrual cycle, as well measure fertility metrics – it even includes a fertility window prediction. For the truly data-dedicated, you'll even be able track your oral health by recording toothbrushing time. 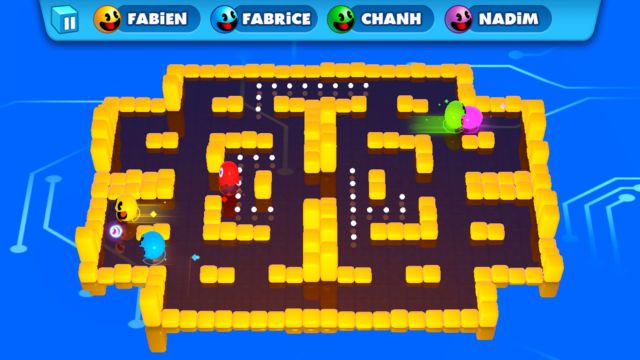 Sure, privacy is important, but it wouldn't be an iOS update without some fun stuff in there, too. With iOS 13, Apple has placed arguably one of its biggest entertainment releases in recent years on your phone, with a new gaming service.

Gaming is big business. It has long toppled the film industry as a money maker, and everybody wants in, from Google with its Stadia streaming service, to already established game publishers creating their own subscription platforms to rival the likes of Netflix and co.

Apple has toyed with games for some time, but Apple Arcade represents its biggest push yet. The subscription service (because in 2019, everything has to be a subscription service), costs users $5 a month, and gives them access to a library of over 100 curated titles, advert-free. Many of these are original exclusives, and Apple has purportedly thrown $500 million behind the service.

Think that's a lot? Rockstar's Grand Theft Auto VI has apparently made $6 billion to date, and shows no signs of slowing down. Like we say, there's money in gaming, and Apple wants a piece.

Users can look forward to games such as a new Frogger, plus Beyond a Steel Sky, a long-awaited sequel to cyberpunk point-and-click thriller Beneath a Steel Sky, and even a new RPG from Final Fantasy‘s Hironobu Sakaguchi. The library certainly looks impressive, but time will tell if people want to pay for it every month.

For some, this will be the banner news from iOS 13. Forget security and speed improvements, how can I craft the perfect replica of my face with a Memoji? Apple is happy to oblige, with a range of new features to improve your face, including hairstyles, piercings and make up.

Users have also been granted more options when it comes to how to display your Memoji, adding them as a sticker pack in messaging, and allowing users to choose them as their contact picture. If that doesn't grab you, there's also three new animal Memoji's to choose from – cow, mouse and octopus.

Car Play users are getting some new toys to play with too in the iOS 13 update. These include the ability to be able to view your calendar on the dash, and Apple Music will display album art for easier navigation.

Siri has also received further integration, and can now make suggestions, such as opening the garage door and alerting you to upcoming calendar appointments.

iOS 13 is available from today, and you'll receive an automatic prompt to download the update on your phone. That is, of course, that your iPhone is eligible for the update.

Here are the models that can receive the update:

New iPhone owners can expect the latest models, the iPhone 11 range, to come with the update installed out of the box. While there are some exclusive new features to the new devices, iOS 13 will provide a lot of the functionality to older phones, which is a pretty good deal, considering we're not totally sold on the iPhone 11.