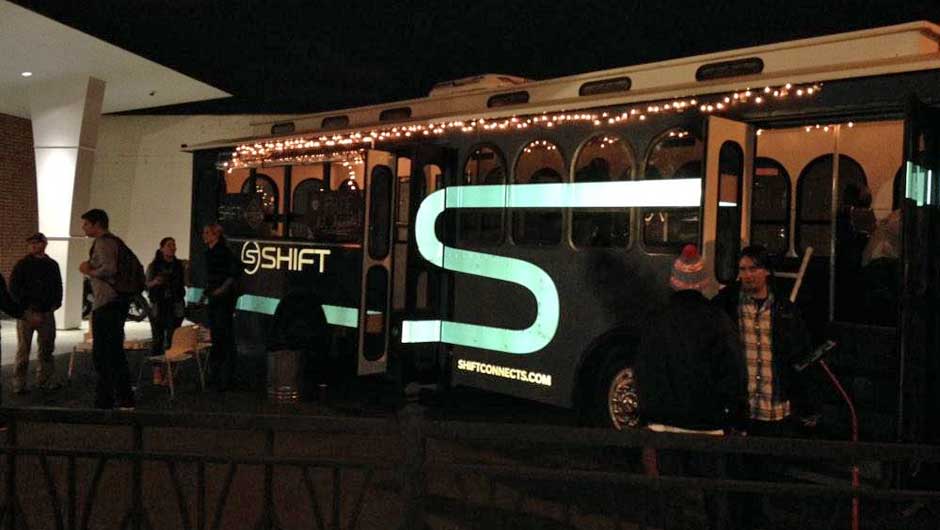 SHIFT (formerly named Project 100), the startup that made a big splash by placing the largest U.S. order of Teslas and raising a $10M series A has decided to wind down the company after its initial beta in Las Vegas. The company started about two years ago with a huge vision to turn transportation on its head and ultimately replace your car by incorporating the best of a few services (car sharing, rides and bikes) into one on-demand mobile application.

There were rumors of this shutdown echoing through the Las Vegas ecosystem since Shift concluded its beta in Las Vegas in February, sending an email to its beta users that included the following message:

“Thanks to your assistance we can now focus on the future of SHIFT, which we are hugely excited about. <Insert Happy Dance>”

Based on this message, many in the Downtown Las Vegas community believed that SHIFT would be looking for a new home or city in Albuquerque, New Mexico or Denver, Colorado as possible locations. Obviously, these reports were not true. According to an email statement by Zach Ware today, the company has decided to wind down completely and will reallocate some of the funds they raised back to the broader ecosystem.

Ware, who was leading up Zappos' campus and community building efforts for the Downtown Project and was part of the VegasTechFund from the start of the project, will take on a full-time role as partner with the VegasTechFund starting in May. You might recall that VegasTechFund made a leadership change last year, as they decided to move away from early stage seed funding and reallocating the funds toward reinvestment on portfolio companies. With this move, they also announced that they would be parting ways with partner Andy White.

Below is the communication that landed in our tips inbox this morning:

I wanted to share a brief update with you from VegasTechFund. Starting in May my role as a partner will become full-time. It’s our goal to be a formidable fund in Las Vegas and beyond for at least the next 15 years (hopefully more) and a big part of my focus will be building the framework to make that happen.
Over the coming weeks and months we will have a lot more to share about our plans. We also will be asking for your help and I hope the growing VTF team and I will have the chance to pick all of your brains.

So what about my work at SHIFT? Over the past few weeks the leadership team at SHIFT and I made the difficult decision to wind down the company. (for those of you that don’t know, SHIFT is the company I founded two years ago, almost to the day)

A number of variables led us to this decision which we think is the right one for our team and our shareholders. Most importantly making this decision now allows us to wind down our large and complex operations responsibly and take care of our amazing team while we still had a healthy amount of capital. Additionally we all felt that our substantial remaining capital would be more productive redeployed into the broader ecosystem by our shareholders.

I’m very proud of what we accomplished, what we didn’t and what we learned. And I will share many more details in the coming weeks about our experiences, successes, failures, and lessons.

The SHIFT team and I are are still in the process of winding down the company and taking the time to celebrate our shared experiences over the past two years. My transition to a full-time partner will begin in May. In the meantime please don’t hesitate to reach out if you have questions or I can help in any way.

Shutting down the company could not have been an easy decision after the blood, sweat, and tears the team poured into it for two years. But we assume Ware and his team looked at the landscape and saw a future that would need enormous rounds of additional capital to compete with the likes of Uber, Lyft, and others in this highly regulated market. It was exciting to watch the SHIFT team take on transportation – a big problem with plenty of room for innovation – and we celebrate their efforts for having the wherewithal to pull the reins back when they realized it was going to be a far bigger endeavor than they had the resources to devote at this juncture. PandoDaily, a company that VegasTechFund has invested in, shared more details directly from Ware here.