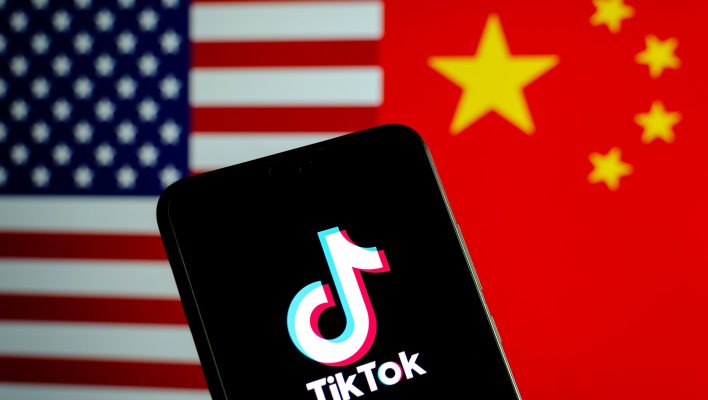 Despite TikTok denying keeping private data outside of China, a new investigation has found that US data was routinely accessed by employees in Bejing.

The investigation, which relied on leaked recordings of more than 80 internal TikTok meetings, suggests the engineers had access to the user between September 2021 and January of this year.

In an effort to assuage concerns, the China-based video-sharing app has claimed to move all user data to Oracle servers based in the US. Yet, for America's 80-million-strong TikTok userbase, using security solutions like virtual private networks (VPNs) may still be the most effective way to guarantee privacy on the app.

Growing from strength to strength in recent years, TikTok is a social media app with a global userbase of over one billion. With such a large number of active users, the app's stance on data transferring — particularly with its home country China — has been a repeated source of contention.

TikTok has consistently denied sharing data with the Chinese authorities and private companies. In fact, in a Senate hearing last October, executives from the app swore that a “world-renowned, US-based security team” decides who gets access to this data.

Despite these claims, a new investigation by Buzzfeed suggests that sensitive US data was able to be accessed by employees of the Beijing-based company “ByteDance” for several months.

The report, which analyzed 80 internal TikTok meetings with Chinese-based employees, revealed that these workers could retrieve a wide range of user information, including their birthdays and phone numbers.

“I feel like with these tools, there’s some backdoor to access user data in almost all of them.” – Anonymous ByteDance employee

In the report, one Beijing employee explained “everything can be seen in China,” and another was described as a “master admin” who had “access to everything.”

Voice recordings used in the investigation indicate that the data sharing took place between September 2021 and January 2022, and was even more pervasive than experts previously thought. What's more, the report also suggests that the popular social media app may have misled lawmakers, users, and the public about the app's position on data privacy.

TikTok US Moves All of Its Data to Oracle

While TikTok still denies sharing data with Chinese authorities, it has recently partnered with Oracle, a US-based cloud infrastructure company, to address security concerns among its US demographic.

According to a recent blog post, the app has now changed the default location of its US user data, with “100% of US user traffic being routed to Oracle Cloud Infrastructure.”

“We know we are among the most scrutinized platforms from a security standpoint, and we aim to remove any doubt about the security of US user data.” – Albert Calamug, TikTok Security Expert

Before TikTok pivoted to Oracle cloud servers, it stored information in the US with a backup in Singapore. Now, the app claims to keep all US data on home soil, with future plans to delete all data from its own centers.

However, with the results of Buzzfeed's investigation proving to be pretty damming, it seems like TikTok has a long way to go before it can guarantee the trust of its users.

How Can Users Scroll Securely?

If your number one priority is security, VPNs can provide you with a great way to stay safe online.

The tools help you to stay anonymous while browsing the web, ensuring your privacy and protecting you against the threat of intruders. By using VPNs, the various location, user, IPs and search data TikTok collects is unable to fall into the wrong hands.

In addition to guarding your internet traffic and keeping your data private, mobile VPNs can also help you to access content from all over the world and give you access to TikTok even if the app is banned in your country of residents.

Not sure which VPN provider to opt for? Based on our research, we think Nord VPN offers the strongest security features. But read our guide to the best VPN for mobile devices to discover which other solutions come out on top.