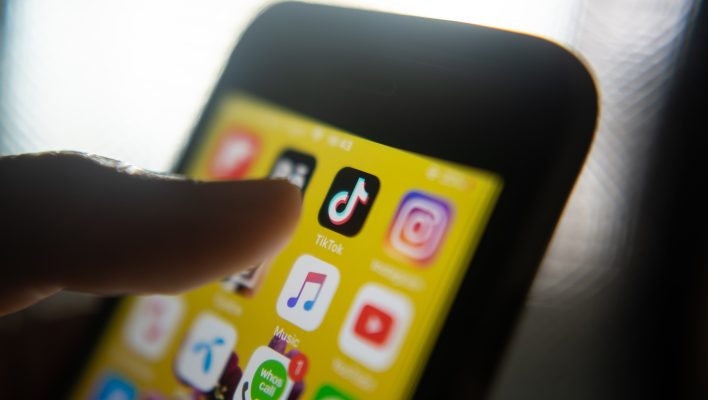 With the Chinese platform already overtaking Facebook and YouTube when it comes to screen time and total number of downloads, the new updates aim to reinstate a healthier user experience on the app – especially for its younger users.

TikTok will now let users deactivate continual scrolling, place limits on how long they will watch videos, and monitor their user activity through a screen time dashboard. But with time spent on the social media app rising remarkably year on year, the impact of these changes is yet to be determined.

With its endless array of short, snappy videos and an algorithm designed to support infinite scrolling, it's no wonder TikTok has captured the attention of a generation.

Now boasting a total of 50 million daily U.S. users (that's 19% of the American population), TikTok has finally decided to tackle the exorbitant amount of time users are spending on the platform.

In a recent blog post, TikTok announced that they would be taking a multi-pronged approach to improve digital wellbeing on the app.

As part of these changes, they plan on introducing a tool that lets users control how much time they spend on TikTok each day. By using this ‘Schedule Break' feature, users can choose how much uninterrupted screen time they desire, before getting prompted by the app when they reach this limit. 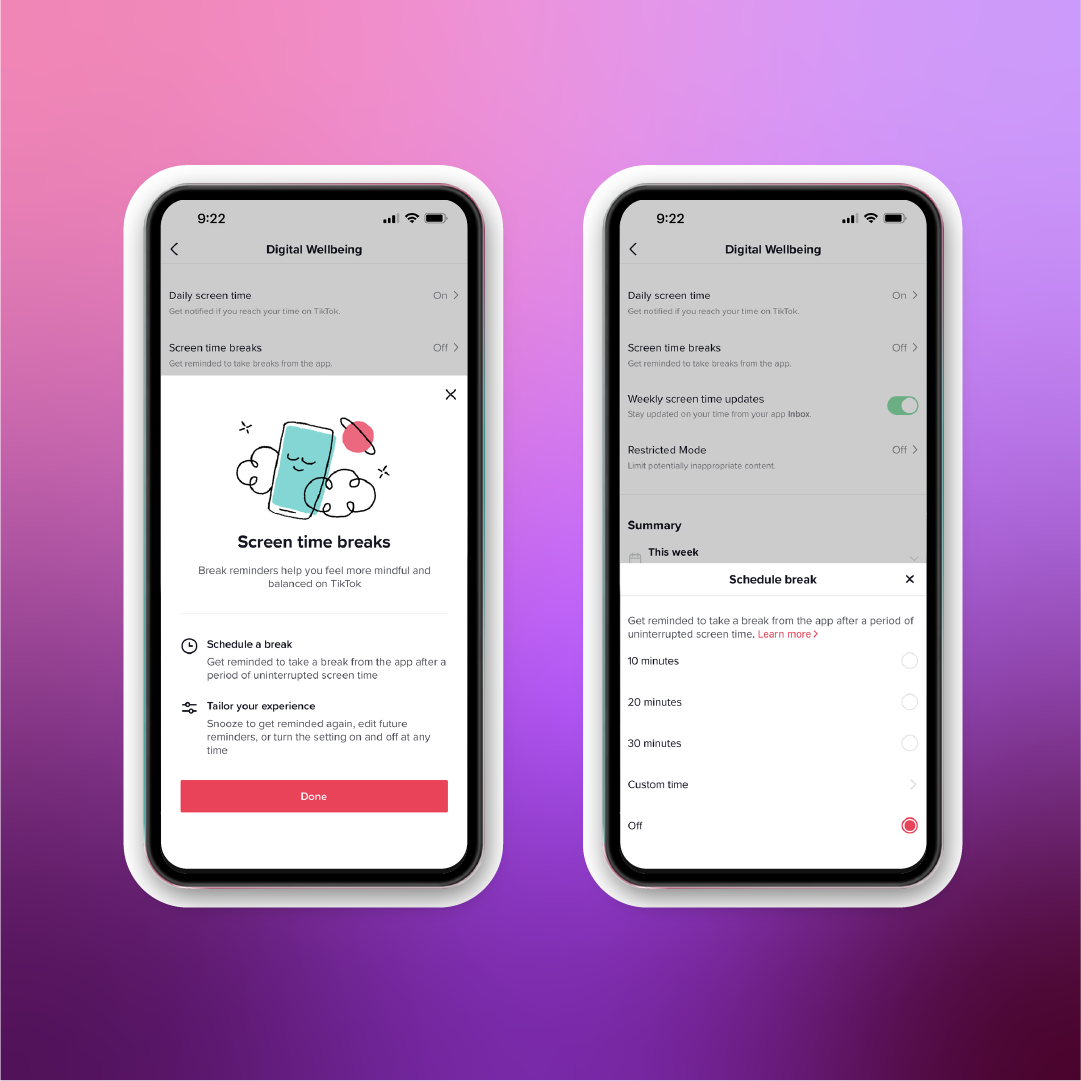 TikTok also announced the rollout of a ‘Screen Time Dashboard', which makes it easy for users to see how much time they're spending on the platform. The dashboard will display summaries of daily user time, the number of times the app has been opened, and a breakdown of day and night-time usage.

In a bid to tackle teen over usage, users between the ages of 13 and 17 will now receive notifications if they exceed 100 minutes of daily screen time on the app. And finally, for people serious about stamping out digital binging, TikTok has also released a tool that allows users to deactivate infinite scrolling altogether.

These tools are like offering nicotine patches to children after delivering them a carton of free cigarettes and urging them to smoke” – Ed Howard, University of San Diego’s Children’s Advocacy Institute

As the tide appears to be turning on corporate accountability, TikTok isn't the only tech company making commitments to digital wellbeing.

Software providers Apple and Google already offer similar services that let users set screen time limits and schedule notifications when it's time for bed. TikTok's wellness features also follow in the footsteps of streaming giant Netflix, which has used its “are you still there” feature to address content binging since 2020.

However, despite small steps being taken by tech companies, many digital experts believe that TikTok's updates don't go far enough.

Commenting on these new changes, Ed Howard, senior counsel at the University of San Diego’s Children’s Advocacy Institute told dot.LA “These tools are like offering nicotine patches to children after delivering them a carton of free cigarettes and urging them to smoke”.

How To Improve Your Business' Digital Strategy

The way we consume media is changing, and no amount of wellbeing tools will change that. TikTok is currently the most visited site in the world, and apps like Instagram are Youtube are now more popular than ever.

Rather than fighting these changes, small business owners need to make the most of this new digital landscape and seize the opportunities it presents with both hands.

If your business doesn't have a presence on these platforms, now might be the time to experiment with social media marketing. Not only can this technique expose your brand to new audiences, but it's also a powerful way to convert leads into paying customers.