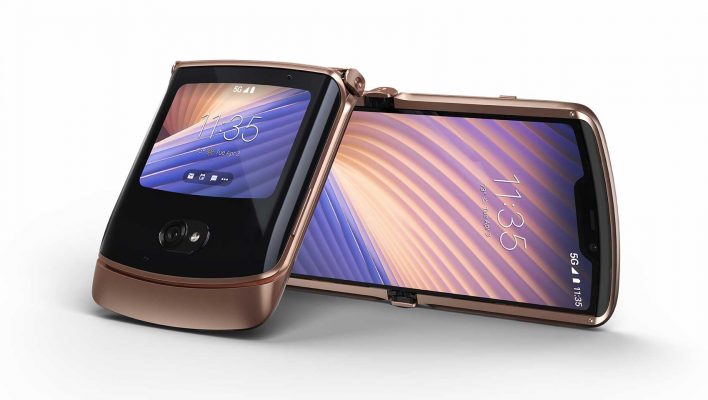 2020 looks set to be the year when phones became genuinely unique again.

Motorola has just announced the Razr 5G, a slight but not insignificant update to the nostalgia-laden Razr folding phone from last year. LG, meanwhile, has also confirmed that its newest phone, the Wing, will have a unique sliding and spinning display.

It seems then, at long last, that phone manufacturers are really doubling down on new form factors, and moving away from boring black rectangles. 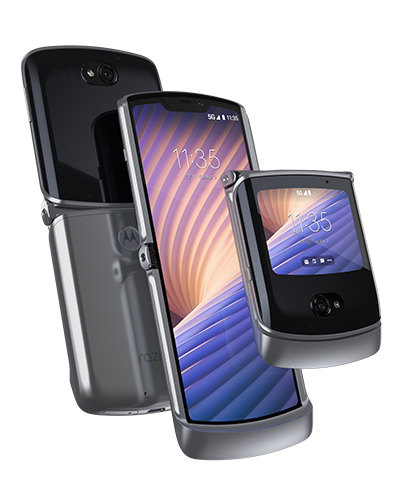 This isn't the first folding Razr we've seen from Motorola. Last year, we spent some time with the original folding throwback and were suitably impressed with Motorola's vision for the phone but perhaps less so with the execution.

However, this new updated Razr seems to have addressed some of the concerns we had with the first generation effort. For example, the battery is larger, growing from 2,510 mAh to 2,800 mAh. Admittedly, it's still a tiny battery in comparison to similarly priced phones but its better than nothing.

The cameras have also been improved. There's a 48Mp main camera (up from 16Mp on the 2019 model) and 20Mp selfie camera atop the screen (up from 5Mp on the original. However, as with the battery, the Razr's slim profile means that there's simply no room to install extra cameras.

Perhaps the most important changes for the Razr 5G are its new Snapdragon 765G processor and the slight changes to the overall design. The phone is lighter, tipping the scales at 190g compared to 205g for the older phone and it should also be more durable thanks to a new hinge design. Motorola claims the new hinge is more durable and able to “withstand up to 200,000 flips,” which should give even the most flippy users enough for more than five years of use.

However, the Razr's biggest problem is still its price tag, the 5G-capable Razr costs a whopping $1,300. That's $200 cheaper than last year's Razr but it is still a crazy amount of money for a phone lacking top-end specs.

Admittedly, we don't know as much about the Wing as we do about the Razr as LG will officially launch the phone on the September 14.

However, we have seen some leaked videos which really make the case for LG's unique design.

This video shows how the Wing works, with one screen swivelling around the other. It's a cool idea but it really makes sense when it is being used for two functions at once.

Being able to have full-screen navigation, as well as large media and phone controls at the same time – but without getting in each other's way is certainly a different approach for phone multitasking and, frankly, we're here for it.

However, as with every new style of phone, it's worth pausing to consider the reliability of the tech and the price. We have no idea how much the Wing will cost when it goes on sale nor whether it'll actually be a phone that you could live with every single day.

Either way, we're very excited to see what LG is going to reveal.