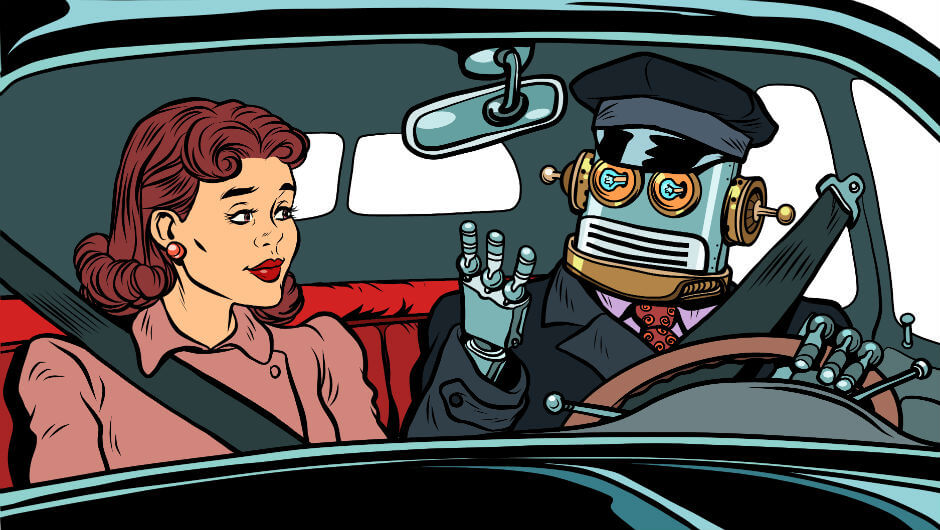 With car manufacturers and tech giants racing to perfect driverless car technology, the future of autonomous cars looks bright. However, the path to success is littered with setbacks, and that means a litany of crashes, both minor and major. Tech.co has analysed autonomous car crash report records, and it’s little wonder California residents have mixed feelings about the testing taking place on their doorstep.

Some of the world’s biggest tech and car companies, including Google, General Motors and even Apple, are testing autonomous cars in California.

These self-driving cars are supposed to be more efficient than human drivers, not to mention safer. However, we’ve trawled through records from the California Department of Motor Vehicles (DMV) and found that, well, autonomous cars crash. A lot.

The map below shows where all of the autonomous cars have crashed in California. You can zoom in-or-out or click the sidebar to view more detail about the crashes:

As you can see, Cruise (a GM subsidiary) and Waymo (a Google subsidiary) are the biggest offenders, being involved in 51 and 37 crashes respectively. In fact, Cruise has had cars involved in three separate incidents within 65 yards of each other on Division Street in San Francisco.

Waymo’s cars, on the other hand, seem to struggle with the six-lane El Camino Real, which cuts through the middle of Mountain View. They were involved in nine accidents on or merging onto the busy thoroughfare.

The newest member of the autonomous car crash club is Apple. It’s been pretty secretive about its self-driving car program, but as California law states that all autonomous car crashes must be reported to the DMV, Apple couldn’t keep its August 28 crash quiet for long. It’s also suffered another in October.

We’ve decided not to include the fatal Tesla Model X crash from March this year as the Autopilot mode isn’t a true self-driving mode, and the matter is still – understandably – under investigation. We’ve also not included the Arizona Uber crash from March in which a pedestrian was killed. Again, this case is still under investigation, with the National Transportation Safety Board having only released a preliminary report.

Why Do Driverless Cars Crash?

Reassuringly, self-driving cars are programmed to drive cautiously, in order to minimise risk to humans – including those operating the test cars.

This explains why most of the autonomous car crashes occur at very low speeds, typically between 1-10 miles per hour, and at junctions, rather than on open roads.

By being so cautious and deferential to regular old human drivers like you and me, the autonomous cars tend to traverse junctions and intersections slowly, almost like an extremely nervous learner driver.

This, combined with impatient and lack of attention by human drivers causes a lot of the rear-end collisions and low-speed scrapes.

That’s not to say human drivers are completely at fault, though. The road network, unsurprisingly, wasn’t designed with computers in mind.

For example, the four-way stop depends on drivers being aware of the other cars, the order they arrived, and taking the initiative to set off first. The first two factors are easy for computers to grasp, but the third is difficult.

Given they’re coded to protect human drivers and pedestrians, autonomous cars’ behavior can manifest as inaction, indecision and caution.

Drunken Rage and Taxi Revenge – The Pushback Against Autonomous Cars

It’s fair to say that most Californians are probably used to their state being a tech hub and, consequently, something of a Petri dish for the latest new tech.

However, not all the natives have taken well to the autonomous fleets. Two incidents in San Francisco saw pedestrians attack the self-driving cars.

One, on January 10 2017 saw a Cruise vehicle waiting for pedestrians to cross the road, when another pedestrian ran across the road “shouting and struck the left side of the Cruise AV’s [autonomous vehicle] bumper”.

Later, in September 2017, another Cruise vehicle was driving down Harrison Street in San Francisco when it came across a cyclist who, according to the crash report, “was waving his hands and swerving severely; he appeared to be intoxicated..”

The AV’s driver took control, and stopped the vehicle, with the cyclist still weaving his way towards the car. The cyclist then rode straight into the car and fell off his bike. “After getting to his feet, the cyclist picked up his bike and deliberately hit the bike’s front tire into the passenger side of the Cruise AV. He the pulled on a sensor on the Cruise AV’s rear, passenger-side causing minor damage.”

While this incident of drunken rage doesn’t seem to be targeted at self-driving cars generally, one incident in January 2018 seems to be a protest at the new vehicles. “A Cruise… vehicle, operating in manual mode, was stopped behind a taxi on Duboce Avenue just past Guerrero.

The driver of the taxi exited his vehicle, approached the Cruise AV, and slapped the front passenger window, causing a scratch.”

Self-driving cars would likely be bad news for taxi drivers, so this individual’s presumed displeasure with the new tech is unsurprising.

What Do the Locals Think?

Keen to get the views of some regular people, we reached out to the Redditors on the r/SanFrancisco sub-Reddit expecting to find similar levels of rage. Instead, we found the San Franciscans to be much more accommodating:

It wasn’t all positive, though:

Most new tech is unpopular to begin with, though. And, as the companies keep refining their tech and their machine learning keeps impoving, the AVs should become less bothersome.

Find out more about autonomous tech