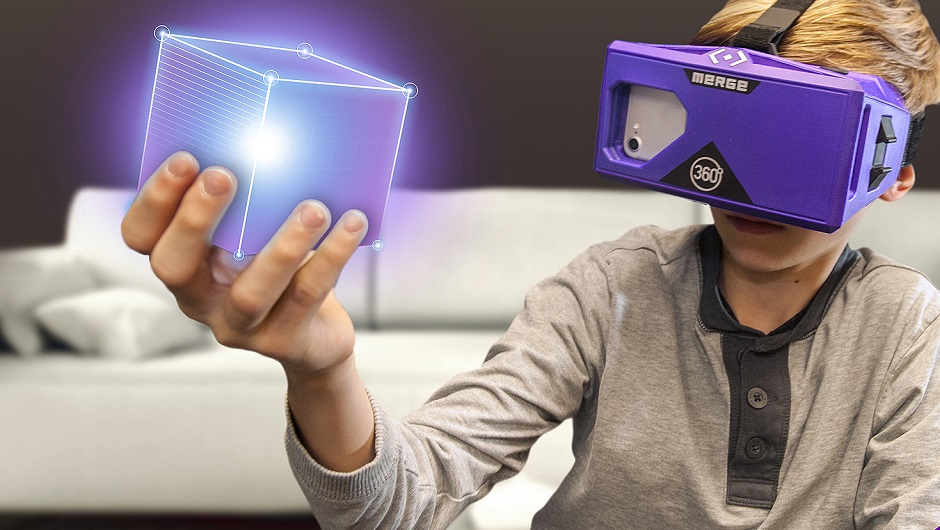 Yesterday, at CES, Merge VR announced their newest product and the world’s first holographic toy, the Holo Cube. It's a form of augmented reality, since users can interact with a physical cube in order to register actions in a virtual world.

This type of interface is rare in comparison to the ubiquitous touchscreen interface. Even free-finger hand tracking tech — a stunning example of which also debuted at CES this year — provides a different, less innovative interface. So why is a physical cube so ground breaking?

Designer Bret Victor once called the touchscreen interface “a Novocaine drip to the wrist.” It's a reference to the touchscreen's flat, glass feel. There's no haptic feedback to reward users for touching the right makeshift virtual button at any given point on the screen. The result is a subtle feeling of helpless isolation. Yet this version of a futuristic society is everywhere, from the latest Apple device to future-set science fiction flicks like Minority Report.

Hand-tracking tech also appears in futuristic movies, like Iron Man's hologram-based workshop. But that's only an incremental improvement, replacing a glass sheet with nothing but empty air. What could the next step in user interfaces be?

How the Holo Cube Works

“Toys are the tools we use for growing up, and our Holo Cube offers brand new ways to learn, play, and connect with others. Rather than using the typical interfaces of 2D screens, we’re developing physical products that merge the real world with the digital, and creating new ways for imagination and creativity to flourish.”

“We want to unlock an entirely new digital world for children that’s always safe, exciting, positive, and playful. Holo Cube continues what we started with our revolutionary soft goggles, and it’s just the beginning. We are developing an entire line of products that will create more magical experiences for kids everywhere.”

Here's a look at the Cube in action:

Sure, the Cube's AR tech will need to continue to evolve beyond a kid's toy, but it represents a different field of thought than the sleek glass interface of the touchscreen.

The Future of Interfaces?

Alternative interfaces include everything from audio-based AI to implantable brain chips to cardboard pizza boxes.

But certain aspects of an interface have proven more popular than others. A static interface like a desktop computer loses out to a mobile interface like a smartphone, as proven when mobile officially beat out desktop traffic for the first time last October. Touch and sight are still among the most visceral senses. Barring Matrix-esque hologram brain implants, an augmented reality VR device like the Holo Cube could evolve into the most flexible, appealing user interface ever.