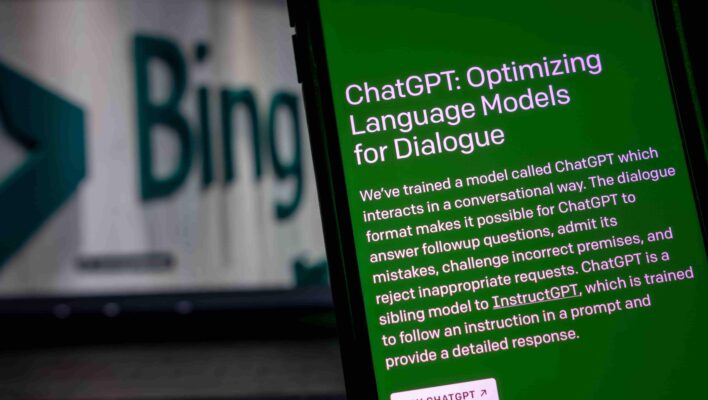 Microsoft has recently announced that it is making its Azure OpenAI service, which allows businesses to utilize AI-powered tools developed by Microsoft and its subsidiaries, generally available to more businesses.

Microsoft has an ongoing partnership with OpenAI, the company that built ChatGPT, and has invested billions of dollars in the company's projects over the past few years. The company hopes that the usage of such tools will become commonplace within applications like Excel, Microsoft Projects, and Microsoft Teams.

With ChatGPT still in its infancy and already able to perform a remarkable range of complex tasks, AI may start playing a central role in the completion of various day-to-day work activities of millions of knowledge workers sooner than many of us think.

Microsoft announced recently that it has expanded access to its Azure OpenAI service, which will allow businesses to apply to use “the most advanced AI models in the world”, as Microsoft puts it.

ChatGPT, the company said in a statement published on January 16, will be available through the Azure OpenAI service soon.

Speaking at Davos last week, Microsoft CEO Satya Nadella said that soon, “every product of Microsoft will have some of the same AI capabilities to completely transform the product”.

According to the Washington Post, Microsoft is already developing AI tools that can analyze Excel spreadsheets, create AI art for your PowerPoint presentation, and draft Outlook emails. DALL-E is also available via Microsoft’s search engine Bing.

For those doubting aspects of Nadella’s publicly-stated commitments to the development of AI, look no further than the investments Microsoft has made in OpenAI in recent years.

Back in 2019, Microsoft handed over $1 billion to OpenAI to support the company “building artificial general intelligence (AGI) with widely distributed economic benefits.”

But this pales in comparison to the enormous $10 billion investment Microsoft said it will invest in the same company at the end of 2022.

The tech giant was likely buoyed by the emphatically positive reaction ChatGPT received upon public release at the end of November.

ChatGPT: The Possibilities are Endless, and Scary

ChatGPT has already been shown to have a myriad of useful applications, from creating recipes from scratch to providing relationship advice and solving maths problems.

Despite being very much in its infancy as an AI tool, ChatGPT has already shown itself concerningly capable of more complex – and even insidious – endeavors, such as passing exams at US business schools or creating polymorphic malware.

Such has been the success of ChatGPT that Google has drafted in the company’s founders, Sergey Bring and Larry Page to work out how they can compete with the technology.

Right now, many of us don't use AI in our day-to-day work life. But the competition to generate useful AI tools is hotting up, and soon, it might just be more than ChatGPT that's making life easier for us humans.