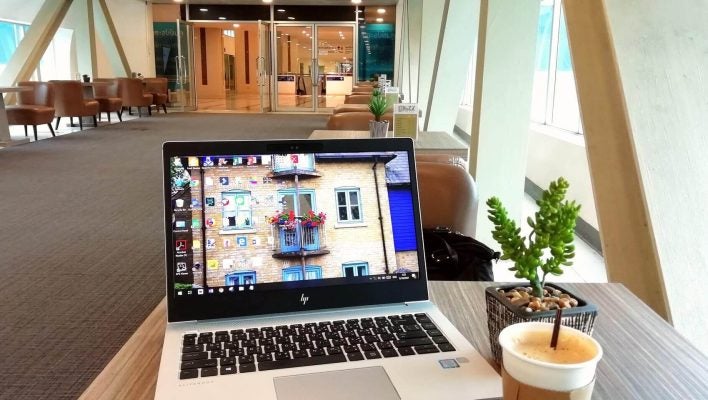 Microsoft Edge may be moving up in the browser world with the launch of its latest feature update: A free VPN service will be bundled into the browser.

Edge Secure Network is set to roll out within a security upgrade, giving Edge users the ability to encrypt their traffic so that their data can't be harvested, and they can see region-locked websites.

It's not one hundred percent private, however: VPN use will still be connected to the Microsoft account that users have tied to their browser. Plus, the VPN feature can only be used for a limit of up to 1GB of traffic per month.

News of the upcoming free VPN service comes from The Verge, which uncovered a Microsoft support page revealing the tool.

Like any VPN, Microsoft's Cloudflare-powered VPN will route a user's data from Edge and through an encrypted tunnel, making it tougher for a hacker to access that data from a shared public Wi-Fi network. It'll work even for sites with unsecured HTTP URLs.

Your internet service provider won't be able to collect browsing data while the VPN is connected, although Microsoft will still have the data, at least temporarily, since it originates from your browser.

Turning On the VPN

Once it has rolled out, Microsoft Edge users can find the VPN by looking in the “Settings” dropdown menu for the “Secure Network” option.

When it's on, a shield-shaped icon will appear in the browser frame to let users know that their traffic is protected. The VPN will turn off once the browser is closed, and users will have to turn it back on each time they open a new browsing session — there's no ability to automatically turn it on.

You'll need to log into your Microsoft account in order to connect the VPN, which may give some users pause, given that one big benefit of a VPN is getting to avoid logging your presence. Microsoft acknowledges that it stores “minimal support data and access tokens,” saying that these are “only retained for the duration of the required service window.”

Cloudflare also has access to some protected data and says it “permanently deletes the diagnostic and support data collected every 25 hours.”

Despite a few drawbacks, there's no denying that the new Edge VPN tool will hugely help to strengthen data privacy infrastructure. Everyone likes a freebie, and since the Edge browser is already used by millions, its VPN will be adapted rapidly even by those who might not have tried a VPN otherwise.

We've rounded up the top free VPN options in the past, but we'd still recommend a paid version for those who are serious about protecting their data and activity online.

Two of the most secure, according to our tests, are NordVPN and Surfshark. They're both available starting from just two or three dollars per month as well, making them among the least expensive picks for a paid VPN service.

Check out our full comparison table of the best VPNs, available below.