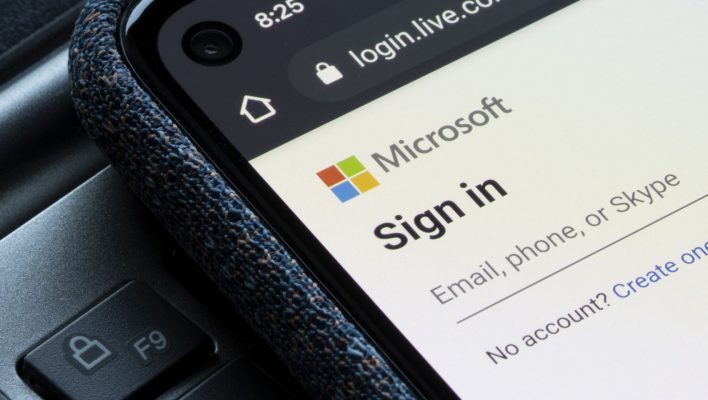 The world of online security is taking a big step forward, as Microsoft announced that it would allow users to completely remove passwords from its login process.

Let's be honest, password are annoying. They're infuriatingly hard to remember and exceedingly convoluted, making the average login process an absolute nightmare. To make matters worse, password security is severely lacking, with the average user utilizing annoyingly common passwords that can often be hacked in a few seconds.

Fortunately, Microsoft is trying to fix this by implementing a new system that could pave the way to a more comprehensive online security protocol.

Microsoft announced that it would soon allow users to completely ditch passwords in favor of more secure means of logging in, including the Microsoft Authenticator app, Windows Hello, a security key, or an SMS/email verification code. As for the reasoning behind the shift, it's kind of obvious.

“The number of cyberattacks has increased as a result of identity and password theft—as defenders we really have our work cut out for us in this asymmetric game,” said Vasu Jakkal, corporate vice president of security, compliance, identity and management at Microsoft. “Without passwords you get advanced security and it's so much easier. It's just a slam dunk.”

This announcement isn't out of the blue, as Microsoft rolled out password-less access to commercial users in March to alleviate the professional security stress of remote work. Now though, individual users will be able to enjoy the same seamless security on their Microsoft account.

Why get rid of passwords?

It's a reasonable question to ask. The reality is that passwords are the first line of defense against hacks and, when used correctly, can very effectively deter the average hacker from gaining access to your personal information.

Unfortunately, passwords are rarely used correctly, and even the slightest deviation from best practices can leave you woefully vulnerable to an attack. You could be using a password with only eight characters (the typical minimum) or just using the same password for multiple accounts. Either way, these lapses in security are music to the ears of hackers.

“You think that everybody hates passwords, but there is one faction of people who love passwords,” said Bret Arsenault, chief information security officer at Microsoft. “They're called criminals.”

From a business standpoint, 81% of security breaches stem from poor password security, which means that the need to replace this outdated method is long overdue. But what about your non-Microsoft accounts?

How to Secure Your Non-Microsoft Accounts

If you're tired of passwords and you want to get rid of them on your non-Microsoft accounts, you're in luck! While passwords remain the standard for security across the board, there are digital tools that can help you get around the more tedious and less secure aspects of them.

Password managers can't get rid of passwords, but they can help you manage them in an easy way without having to remember a million different characters. All you have to do is use the browser plug-in offered by most providers, and you'll be two clicks away from any login you've set up.