Microsoft has pulled the latest Windows 10 Update following complaints from users that it has resulted in files being deleted from their systems. The update, named Redstone 5, is now unavailable while Microsoft urgently investigates the issue.

Since its release, users have been reporting dire issues with the Windows 10 update (1809), some of which are critical, resulting in the loss of data.

For Microsoft, the path to Windows 10 adoption hasn't been an easy one, rife with user issues and bad experiences. It seemed it had ironed out the kinks in the past year, but the latest update, launched last week, looks set to push back consumer confidence in Windows 10 considerably.

We take a look at the reported problems, the new features of Windows 10, and when (if?) it will be safe to update.

Microsoft released the Windows 10 update at its Surface event last week (2 October), alongside some new Surface laptops and tablets. It clearly felt confident that it was ready to be made available to the public. However, it wasn't long before Twitter, Reddit and Microsoft's support pages were lighting up with complaints from the first wave of users, and serious ones at that.

An example of a Window's 10 user complaint

Claims that files were being deleted from PCs running the latest update were rife, and as time went on, the number of these complaints snowballed. Documents, photos and even entire user profiles were reported as being lost, and while some hit upon a temporary solution (turning your PC on and off 3 – 4 times – good to see that cliche still holds true), others claimed that it was not reversible.

Things came to a head on Sunday (7 October), when Microsoft withdrew the update entirely while it investigated, stating:

We have paused the rollout of the Windows 10 October 2018 Update (version 1809)* for all users as we investigate isolated reports of users missing some files after updating.

Most Windows 10 Users Are Safe

While the update has been available to users since 2 October, anyone who has downloaded it so far has had to do so manually. It hasn't been pushed out automatically as yet.

So, unless you've sought it out, don't worry, your machine isn't running the update at this time.

While there are clearly critical issues with the update at the moment, will it be worth the wait? Below are some of the key features it offers:

Communicates With Your Phone

Potentially, one of the biggest changes is the addition of the ‘Your Phone' app. This will automatically sync with your Android or iPhone to store documents, photos and text messages. This means that grabbing a photo to make your presentation slides even more awesome is now a refreshingly simple process.

Not only that, but using the app you can also send text messages from your PC. 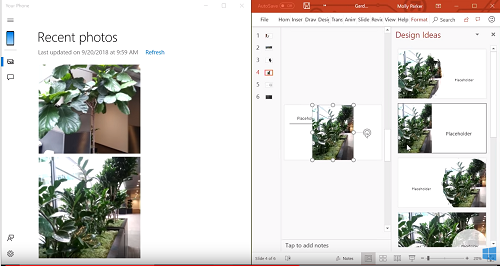 In what might be a fix for the most first-world problem around, you can now clipboard in the cloud. I'm sure I can't be the only one who has gone to copy and paste an image or link, only to remember that I had originally copied it on a different device.

With the Windows 10 update, those days are over, as now you can simply hit the Windows key + V to bring up the history of your clipboard across your devices.

Microsoft is also looking to bring this feature to mobiles, too.

This is a fairly low-key update, but one that could make a huge change to people lives. It's now possible to alter the text size across all apps on the Windows 10 system, which is great news for the visually impaired, or those who just like to sit back from their screen.

With the new update, all users get Screen Sketch. This is a useful screengrab tool that can be used to take images of what you're working on, and annotate them before sending to others.

In a move that seems carefully calculated to appeal to the lucrative goth market (or just those that don't like to be blinded when working in a dark room), Windows 10 now offers a Dark Theme for File Explorer. While the Dark Theme itself is nothing new, this mode will also give your file folders a dark background too, eschewing the traditional white that has been a stable of Windows for so long.

It's a brave new world indeed. 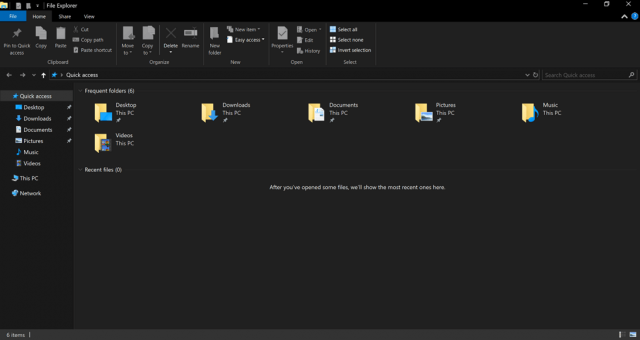 Should You Install the Windows 10 Update?

A simple question to answer: no.

In fact, even if you really wanted to update to the latest version right now and risk losing some of your files, you aren't able to, as Microsoft has withdrawn the update.

It's always worth holding back a few days after the release of a major update on any platform. While every effort is made to iron out bugs before updates reach consumers, there's no better way to test a software update than by sharing it with millions of owners. This is where the real testing takes place.

This recent update mess just re-emphasizes that these launches are usually less than perfect. Let the early adopters take the fall first, before you update your machine.

Microsoft is currently investigating the issues, and but has given no timeframe for completion.

When the update is ready (again), it will be rolled out to devices automatically. You can check if you're running the latest software by going to your Settings, then Update & Security. You can also get updates early, by joining the Windows Insider program. Although, given this most recent development, we recommend waiting for the update to receive its much needed polish.

Has this been enough to put you off Windows 10? Learn which MacBook you should buy with our guide to Apple laptops.