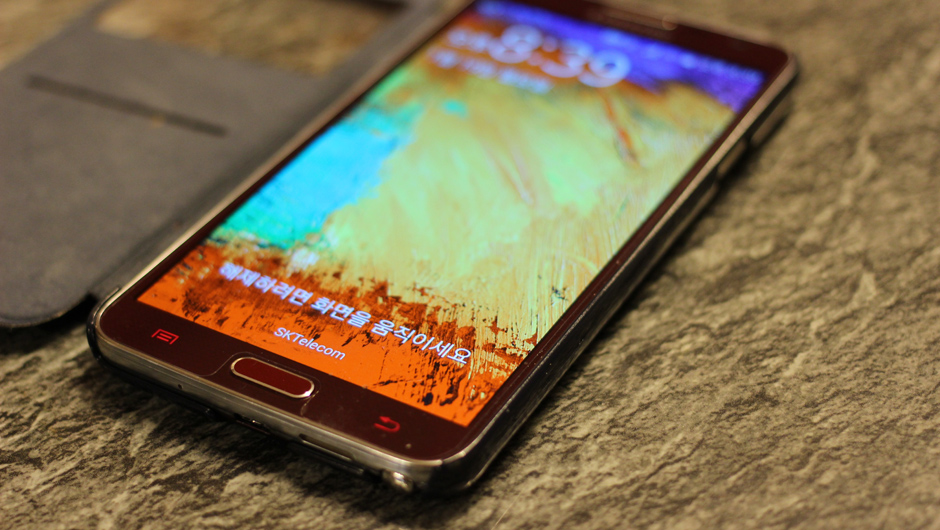 Almost 70 percent of us now own smartphones. We rely heavily on our mobile apps for information, news, weather, entertainment, navigation, and connecting with others. In fact, 65 percent of smartphone users check their mobile devices within 15 minutes of waking up and within the last 15 minutes before going to sleep. Further, almost 90 percent of millennials keep their smartphones with them at all times, and they typically spend about two hours on their smartphones every day.

Many smartphone users are young, educated, and well off: 85 percent of Americans between the ages of 18 and 29 own smartphones as do 78 percent of college graduates and 84 percent of those with annual incomes over $75,000. Mobile devices are not very popular with seniors, however.

Of Americans 65 and older, almost 30 percent currently own smartphones. However, senior smartphone ownership is on the rise. In 2014, only 19 percent of seniors owned smartphones. In 2015, that percentage jumped to 27. In January of 2014, CNN reported that most Americans use smartphones for internet access.

Case in point: 78 percent of Facebook users have become mobile only users. Meanwhile, low-income Americans and minorities are “smartphone dependent” because many of them don't own tablets, PCs or laptops. The only way they can access the web is on a smartphone.

Smartphone Apps That Shape Our Lives

According to the 2015 Mobile App Report by comScore, the top five mobile apps of 2015 are almost identical to the top five mobile apps of 2014. That's not surprising. For most Americans, these apps are a mainstay of daily life. According to the Pew Research Center, most smartphone owners use only five apps regularly. Here are the smartphone apps we can't live without:

Facebook is many things to many people. For some, it's a place to create the appearance of an idyllic life. For others, it's a place to be rebellious, shocking and anti-everything. You can set up a fake profile with a fake name and a fake picture and use that identity to express all the parts of yourself that you can't share with anyone else.

With Facebook, you can be close to the people you love and keep up with everything they do. If you're curious about people from your past, you can search them out on Facebook, browse their profiles, and then decide if you want to send a friend request or just let sleeping dogs lie. With Facebook, you can secretly keep track of all your ex-boyfriends, ex-girlfriends, ex-wives and ex-husbands. If their security settings permit, you can learn a lot about them, and no one is any the wiser.

Facebook has helped many people to break out of loneliness and social isolation. When you're all alone and want to connect, you can get on Facebook and always find someone who is wide awake and ready to chat. You can friend-request an acquaintance or someone you've just met, and after a few months, you'll feel like you know everything about them. Want to find kindred spirits and make new friends? Join a Facebook group that's interested in the same things you are. Want to fall in love? Join a Facebook dating group and flirt your way into someone's heart.

You can use Facebook to sell stuff, buy stuff, find organic recipes, find homes for pets and solicit advice about practically anything. If you're a new parent, you can post baby-brag photos and new baby updates every single day, and you'll always get at least a few ooohs and ahhhhs.

The best part of the Facebook app is that you can catch up with friends and interact with loved ones anywhere and anytime. Stuck in traffic? Between classes? Waiting for a friend to show up at a restaurant for dinner? Standing in line at Trader Joe's? There's no reason to feel bored and impatient when Facebook for mobile is at your fingertips. How did we ever live without it? The great thing is that now, we don't have to.

There are billions of YouTube videos on everything from ancient aliens and tinfoil hat conspiracy theories to the latest music videos complete with song lyrics. The best part is that you have all of it right in the palm of your hand.

Videos on YouTube are great when you need to learn something fast. There are step-by-step instructional videos on things like How To Have Kylie Jenner Lips Without Surgery, How To Change The Oil In Your Car, How To Use Competitive Analysis Tools and How To Get Your Pet To Take A Pill. With mobile device in hand, you can follow the instructions and get the job done in real time.

If you want information about something that interests you, YouTube has plenty to offer. Curious about whether you could earn a living as a day trader? Feeling like you need a strong dose of inspiration from a high-powered motivational speaker? Wondering whether you should go back to school and become a veterinarian? Search out videos that address these topics and listen to them during your daily commute. It's like taking a class without exams, and you'll never have to show up in a classroom.

YouTube is a great way to entertain yourself while you perform boring but necessary tasks such as cleaning your house and doing the laundry. Have you ever watched a maui wedding video while you Listen to some videos of your favorite comedian and laugh your way through those mundane tasks. Thanks to the YouTube app on your mobile, entertainment can go wherever you go.

One of the coolest things about Messenger is the stickers. Sometimes you just want to send someone a visual message instead of a verbal one, and Messenger offers stickers galore. Some stickers come with the app, but if you want more, a variety of free sticker collections are available for download.

Another cool feature of Messenger is the emojis. Messenger comes with emojis to match every mood, and they are sure to liven up any message. Visuals are a quick, easy and effective way to communicate with friends and family when you're on the move and don't have the time to write a proper message.

Gone are the days of knowing nothing. Thanks to Google Search, we now have the technology to know everything. When you need information about something, just “Google” it. With mobile Google Search, you'll have access to all the information you need whether you're at home in bed, just getting off a plane in South Africa or simply too lazy to walk into another room and boot up the Google search engine on a desktop or a laptop.

The Google Search mobile app has held the #4 position on the Most Popular Mobile Apps list for two years running. It's an indispensable source of information when you're out and about and want to find a good eatery nearby. It's also great for finding nearby retailers who have what you want and for locating services like ppc management companies, auto repair shops, wedding videographers, banks, doctors and beauty salons.

The Google Play app comes pre-installed on Android smartphones. It offers mobile entertainment like movies, TV shows, books, games, music, magazines and news. It's also a place where you can shop for and update all your Google apps. You can program your mobile device to update Google apps automatically, or you can update them manually. Google Play will let you know when your apps need updating.

Google Play has a Parental Controls feature that lets you create a password for all Google Play purchases. This can help to keep your kids from spending hefty amounts of money on Google Play Store apps that aren't free. Another cool feature of Google Play is that if you buy an app but don't like it, you can go right back to Google Play and get a refund — no questions asked.

For the first time this year, the number of apps offered by the Google Play Store exceed those offered by the Apple App Store. Roughly 75 percent of all Google apps are now free. This can save you some serious money, especially if you're an app addict or a gamer.

There is a big push right now for businesses to optimize their websites for mobile. Businesses need mobile-optimized websites to remain competitive. Within a year or two, owning a smartphone and using these apps regularly will be as common as owning a television. If a mobile visitor has trouble accessing a website, if the site is not user-friendly or if it's difficult to navigate, savvy smartphone users will quickly go somewhere else.