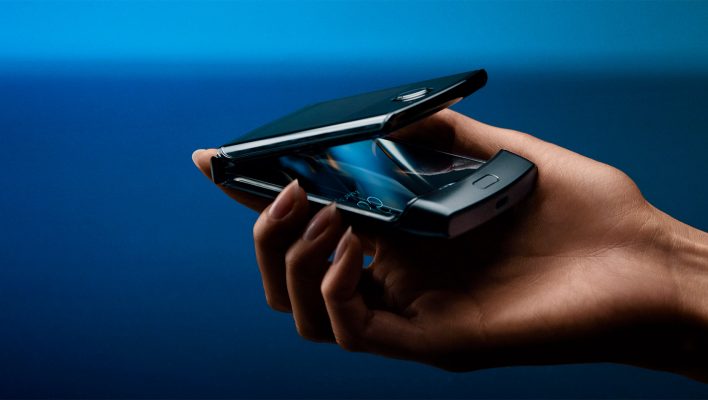 Motorola has released a number of videos about its upcoming foldable Razr phone, detailing how to care for it and what users should expect in the box.

However, in the ‘Caring for Razr' video, Motorola claims that “bumps and lumps are normal” on the phone's folding screen. Could these be the same sort of bumps and lumps that caused catastrophic failures on early Samsung Galaxy Fold handsets?

Could the Razr be a sharp-looking phone that lacks the cutting-edge refinement to make foldable phones normal?

Caring for your Motorola Razr

The ‘Caring for Razr' video details everything that prospective owners will need to know about the folding phone.

In the video, we're told that as the screen is made to bend, lumps and bumps should be expected. Frankly, we're pleased to see Motorola be upfront and honest about the bumps and lumps on the Razr's screen. Samsung was far less open about these issues on the Galaxy Fold, for example.

However, as Motorola made clear to us at the Razr's launch, the company has developed a new hinge mechanism that should apparently reduce the amount of dust and debris that creeps in. Clearly, the folding screen tech is far from perfect at the moment.

We're also told in the video that we should avoid sharp objects — a salient piece of advice for anyone with a phone. Interestingly, the video makes clear that owners shouldn't use a screen protector, presumably because it will crack as the screen folds.

There's also a video detailing everything owners will get in the box.

The box is huge and also doubles as “nightstand amplifier.” We don't know what that is, but we'd expect the bottom half of the box can be used to hold the phone at night with a pass-through charging cable. We doubt it'll have built-in speakers (that seems like an unnecessary expense) but the design might amplify the Razr's bottom speaker somewhat.

In the box users will also find an accessories carrying case which holds your TurboPower fast charger and headphones.

One potential annoyance with the Razr is that users will have to visit their local Verizon store to activate the phone's eSIM tech. That's right, there's no space in the foldable design for a proper nano SIM card. That might be slightly annoying if you don't live anywhere near a store.

Is the Razr Another Folding Phone False Dawn?

When we tried the Razr back in November, we were impressed with it.

The Razr feels like a thoroughly normal phone that happens to fold over to make it smaller when not in use.

However, we did express some reservation over the phone's spec sheet. The 2,510 mAh battery, for example, feels like it might be too small. As we've seen with the Pixel 4, a small battery is enough to make-or-break a phone in 2020. We also felt as though the 2142 x 876 resolution screen (note, not even a full HD panel) might look slightly lacklustre given the $1,499.99 price tag.

What's more, the Razr might be outshone by the upcoming Samsung Galaxy Z Flip which uses a similar clamshell design. We certainly hope it won't be, but Motorola's resurrected Razr might be another example of trouble-ridden first gen tech. We'll find out for sure when we get a proper review sample of the Razr later this year.