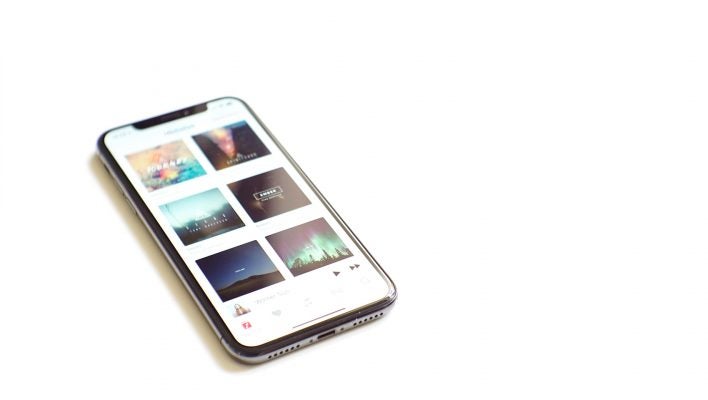 The year has barely started but we're already starting to see leaks and rumors about the flagship phones we're due to see in 2020.

There will, of course, be regular updates to Apple's iPhones and new versions of cheaper Pixel models. However, 2020 will likely see some brand new and innovative models from the likes of OnePlus and Oppo.

So, what can you look forward to this year? We take a look at all the rumors and speculation. 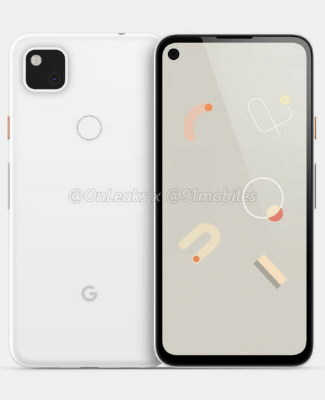 We loved the Pixel 3a series. The combination of exceptional cameras, impressive build quality, stock Android, and a very low price tag was always going to be a winner.

For 2020, it looks like Google is set to up the ante in the mid-range sector again. According to renders, again from @OnLeaks, we can expect the Pixel 4a series to feature a punch hole front camera with slim bezels. It also looks set to include a headphone jack and a rear fingerprint sensor — the search company's benevolence seems unbounded when it comes to the cheaper Pixels.

Update 1/20/2020: Details revealed by XDA Developers show that Google is currently testing three versions of the Pixel 4a models. One features a new Snapdragon 730 processor — again showing that these will be mid-range phones. However, another version uses the Snapdragon 765 chipset which has an integrated 5G modem. Looks like a 5G-enabled Pixel could be on the cards — exciting stuff.

Update 3/9/2020: Supposedly real images of the Pixel 4a were released on Reddit and found by 9to5Google. There's not a huge amount to see from the images beyond confirmation that the phone will still have a fingerprint scanner and a headphone jack. The Pixel 4a also seems to mimic the rear camera square design first seen on the Pixel 4 series but will come with a punch hole selfie camera.

Update 3/11/2020: Noted tech leaker Evan Blass tweeted some billboard adverts, presumably put up in error, revealing the Pixel 4a's starting price. It'll cost just $399 when it goes on sale — the same as the Pixel 3a from last year. This is would be a very good thing. Lots of people are saying the pictures are fake, given that none of the clouds or scenery move as the billboards change. As ever with leaks, you need to take everything with a grain of salt.

Samsung's new flagship phones take everything that was good about the S10 series and take them up a notch.

There are three models in the lineup: 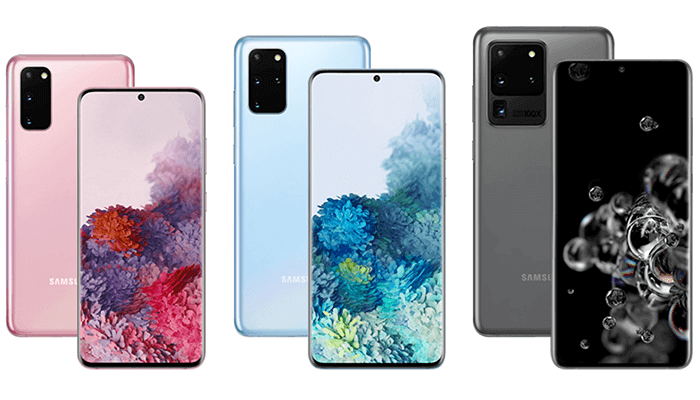 The S20 gets a 6.2-inch display with HDR+ for brighter, sharper colors and a 1440×3200 resolution. The screen also has an optional 120Hz refresh rate, making everything on the screen seem smoother. It has a lightning fast Snapdragon 865 processor with 8GB of RAM, 128GB storage, and support for a micro SD card. It has three rear cameras, two 12Mp lenses and a 64Mp telephoto lens for improved zoomed-in shots. Its punch hole front camera is a 10Mp lens, so your selfies should be pretty sharp.

The S20 Ultra, however, costs $1399 and ups the specs in almost every way. It has a 6.9-inch display and completely revised cameras. It has a 108Mp lens main lens, a 48Mp periscope lens which gives up to 10x optical zoom, a 12Mp ultra wide angle lens, and a time-of-flight sensor. Round the front, the S20 Ultra gets a 40Mp selfie camera. Its battery is also larger at 5,000 mAh. The S20 Ultra is a serious piece of kit whichever way you slice it.

So which should you get? We'd probably go for the S20. The advantages of the S20 Plus compared to the cheaper model aren't that significant, while the S20 Ultra is far too expensive. 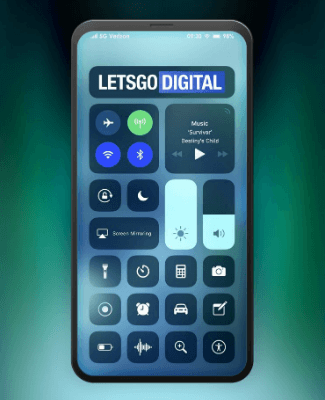 When the iPhone 11 series was revealed last year, it's fair to say that we weren't particularly impressed. Sure, there were improvements from the X-series, but nothing remarkable.

So what do we know about the next iPhone lineup? We know that it'll be arriving in September, like almost every other iPhone. However, there are some indications that the iPhone 12 series might be pretty different to 2019's 11 series.

For a start, there are rumors that the 2020 iPhones will do away with the notch, instead placing the front camera underneath the screen. However, there are contradictory rumors suggesting that the phones will get slim bezels all-round, in order to remove the notch – this rumor is based on a patent filing, too, so is likely more reliable.

The iPhone 12 lineup is also expected to have different screen sizes compared to the iPhone 11 series. The iPhone 12 Pro Max could get 0.2-inches larger, while the iPhone 12 Pro could actually get smaller, shrinking to 5.45-inches from 5.8-inches on the 11 Pro. The iPhone 12 would stay the same size as the iPhone 11 but would thankfully get an OLED, rather than LCD, display. Another iPhone tipster suggests that all the phones will get 120Hz refresh screens.

It's also widely expected that the 2020 iPhones will all support 5G connectivity. This, frankly, wouldn't be much of a surprise, given the tech's increasing ubiquity.

The iPhone SE 2 is rumored to be Apple's next phone. In fact, it's expected launch in March, rather than during September along with the iPhone 12 range.

Similar to the original iPhone SE, which launched back in April 2016, the SE 2 will be a cut-price iPhone. It's expected to borrow its looks from the almost three-year-old iPhone 8, with a 4.7-inch display, glass rear case, and single rear camera.

iPhone SE 2 prices are rumored to start somewhere between $399-500, putting it in direct competition with the excellent Google Pixel 3a, and possibly the Pixel 4a when it launches later in the year. The Pixel phones are likely to have the upper hand when it comes to photography, but the iPhone SE 2 will likely have them licked when it comes to performance. The iPhone SE 2 is expected to run Apple's latest-and-greatest A13 Bionic processor — one of the fastest chips on the market.

One potential issue with the SE 2 is that its screen won't be a Full HD panel or an OLED. Apple is expected to keep trying to use its liquid retina LCD screen tech on the SE 2, which will give it a distinct disadvantage compared to cheap OnePlus or Google Pixel phones.

However, some rumors that the coronavirus outbreak in China might affect the manufacture of the phones. We're not putting too much faith in these rumors, though.

Now, it's unlikely that the Concept One will become a phone that you can actually buy with money, but it's still something to look forward to. OnePlus will show it off at CES next week to preview the tech and design traits we'll be seeing on its regular phones this year.

Some had speculated that the Concept One could be the company's first stab at a foldable phone but, sadly, it looks as though the Concept One will be slightly more conventional. Instead of a folding screen, we'll get some ‘invisible' rear cameras, “color-shifting glass technology,” and what looks like rounded screen edges.

We’re bringing the #OnePlusConceptOne to #CES2020, but you don’t have to wait: you can get a sneak peek at it right here, along with its groundbreaking “invisible camera” and color-shifting glass technology. pic.twitter.com/elsV9DKctn

Irrespective of whether it folds or not, the Concept One is certainly whetting our appetite for OnePlus' proper phone reveals later this year. 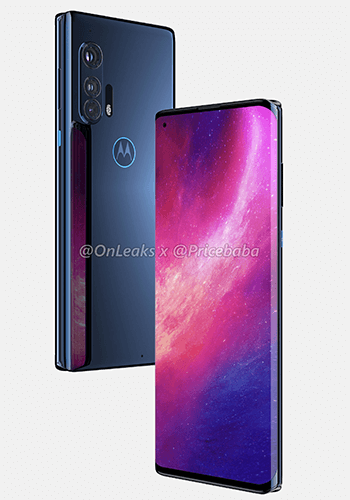 This is one we weren't expecting. It's been a good while since Motorola launched a genuine top-tier phone but, thanks to strong sales of its budget G-series, it looks set to enter the flagship fray again.

At the moment, all we've got to go on is rendered images based on leaked information but the phone looks impressive nonetheless.

According to the leakers, the phone will have a 6.67-inch curved FHD+ display with a tiny punch hole front camera cut out. The display should also have a 90Hz refresh rate.

Yes, another Samsung phone on our list — and it won't be the last, either.

The Note 10 Lite was revealed by Samsung just ahead of CES in Las Vegas along with the S10 Lite, and both look set to be brilliant cut-price flagship phones. The Note 10 Lite essentially takes the best productivity features from the Note 10 series but trims the fat in order to reduce the price.

For example, the Note 10 Lite has a 6.7-inch display which makes it larger than the Note 10, but slightly smaller than the Note 10 Plus. However, it has a lower resolution than either of those phones and does without the curved sides. It also has three rear cameras, including a 48Mp wide angle lens for super-detailed shots. Plus, it has an enormous 4,500 mAh battery which should make it a battery life powerhouse.

The Note 10 Lite was speculated to have a 3.5mm headphone jack, another feature no other Note 10 model has. However, we've had no confirmation from Samsung on this yet. The Note 10 Lite does pack Samsung's S Pen stylus, so you'll still be able to take notes, sketch, and more.

We've got no official word on prices yet either, although the Note 10 Lite was rumored to start at around $700, significantly less than the existing Note 10 models and cheaper than the already cut-price S10e. All told, the Note 10 Lite looks like a very impressive bit of kit for not that much money. 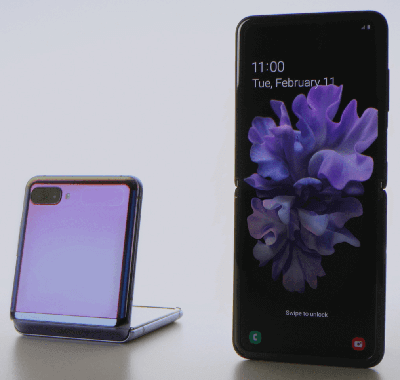 The Samsung Galaxy Z Flip launched alongside the S20 series we mentioned earlier. It also seems to be almost without any serious mechanical issues — which is good.

The Z Flip will feature a 6.7-inch folding display with a tiny 1.1-inch cover display. However, it costs $1,380 which is a huge amount of money for a phone that has lesser specs than the almost $400 cheaper S20.

The Z Flip also used a new type of ‘Ultra Thin Glass' according to Samsung. This glass was so thin — many times thinner than a human hair — that it was able to bend. However, in tests, it appears to scratch as easily as plastic.

So, it's not all good news.  But, the Z Flip is probably the most well thought-out folding phone to date and definitely the one you should buy if you're set on a foldable.

While Huawei's Mate X folding phone hasn't actually become available in the West yet, the Chinese giant is set to launch a revised version at CES this year ahead of, hopefully, a wider launch.

According to Huawei's CEO, the Mate Xs will have a number of improvements compared to last year's model. For instance, it will use the company's latest Kirin 990 processor for extra oomph as well as 5G connectivity.

The Mate Xs will also apparently have an improved hinge mechanism (which is reassuring) although it won't have access to Google apps or services such as the Play Store. Expect a March launch in Huawei's homeland, although there's no official word on a worldwide launch.