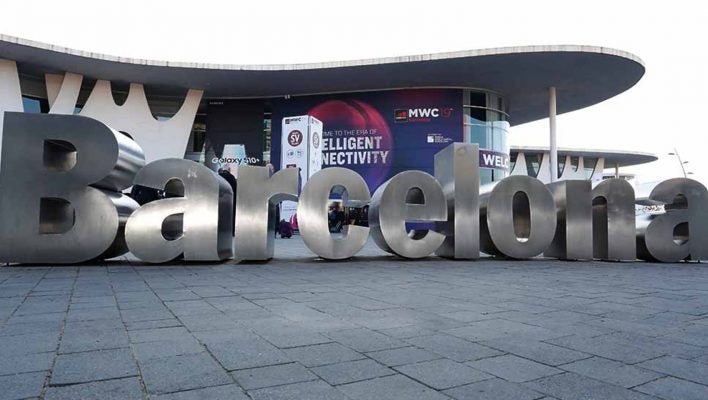 The Mobile World Congress tech trade show in Barcelona has been cancelled due to fears surrounding coronavirus.

The trade show is one of the biggest events in the tech calendar, regularly attracting more than 100,000 businesspeople, journalists, and industry figures to the Catalonian capital. Given the size of the event, many of the world's largest smartphone companies use the event to launch their most exciting new models. However, with the entire event cancelled less than two weeks before it was due to start, everything has been thrown up in the air.

So how did we end up with one of the world's largest conferences being cancelled? And what does it mean for the shiny new phones we expected to see?

MWC and Coronavirus, the Story so Far

You probably already know about coronavirus. It's the disease that seemingly emerged somewhere in China late last year and has been spreading around the world via planes, trains, and automobiles ever since.

According to the World Health Organization, more than 45,000 cases of the virus have been confirmed as of February 12. However, only 441 of those cases are outside of China.

Nevertheless, GSMA, the company behind MWC, saw fit to cancel the conference after a series of high profile companies abandoned the event.

Wired was even reporting that the company was pressuring the Catalonian government to declare a health emergency in order to retain their insurance payments. Barcelona's mayor, meanwhile, was adamant that the city was “perfectly prepared” for the show and there was “no reason whatsoever” to apply emergency measures.

“With due regard to the safe and healthy environment in Barcelona and the host country today, the GSMA has cancelled MWC Barcelona 2020 because the global concern regarding the coronavirus outbreak, travel concern and other circumstances, make it impossible for the GSMA to hold the event,” the company said in a statement.

So was the GSMA justified in cancelling MWC? Obviously, in the face of a global pandemic, it pays to err on the side of caution. However, Barcelona's officials claim it would still have been able to host the event “despite the global alarm.”

There were already a number of precautionary measures in place, including travel restrictions for attendees, medical support- including temperature screenings, increased cleaning and disinfection routines, and advisory hygiene signage.

“It's not anything against Barcelona or Spain. It's about the explosion of a disease,” said the GSMA's general director. “People are dying globally. We would have had thousands of people gathered in Barcelona and it's the risk we wanted to avoid.” Almost 200 China-based companies were expected to exhibit, a significant number from the origin of the outbreak.

With more than 1,000 deaths already from coronavirus and an estimated 8,000 severe cases, it's easy to understand the GSMA's position.

Here in the Tech.co office we're feeling slightly listless, as our plans for in-person coverage have been scuppered.

The local economy will be feeling the pain to a greater extent though, as the event “generates 13,000 temporary jobs and has an economic impact of 460 million euros on the metropolitan area” according to Fira de Barcelona.

For smaller companies who were still planning to attend, it will be a massive inconvenience. Not only will they have paid for flights and representation at the show, it will make it growing their businesses more difficult.

Some larger companies, such as Sony, have already planned to move press conferences to YouTube. Ericsson decided to hold events in the countries it operates in. Others, such as Oppo, have pushed back their product launches to later in the year.

Reassuringly, however, there are no plans to cancel MWC 2021 just yet, nor the two (admittedly smaller) MWC shows in Los Angeles and Shanghai later this year.