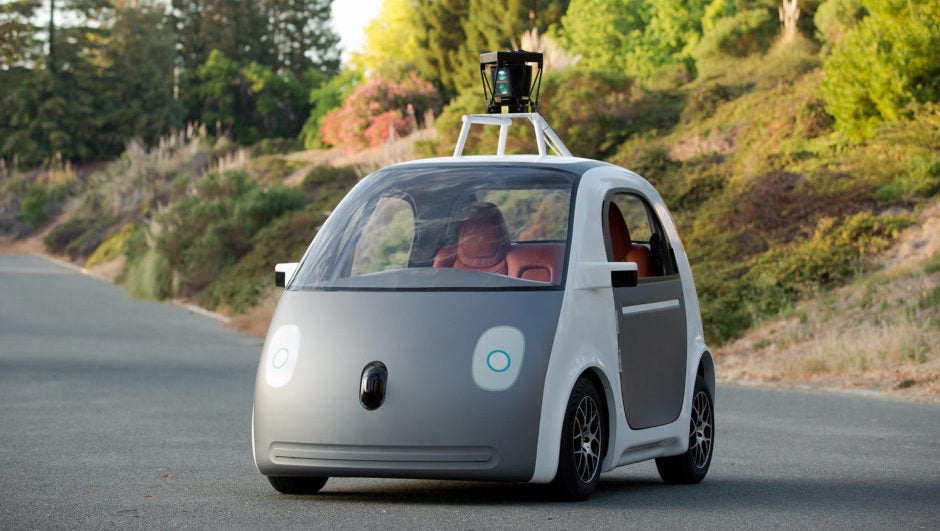 Google has done it: they've meaningfully inserted themselves into the self-driving car discussion with their newly announced stand-alone company, Waymo. Uber is shaking in their boots, Tesla is hiding under a rock, and General Motors hasn't come out of its room all afternoon. Now, everyone is asking one question: when can I get one? Well that, and how the heck does this thing work?

Fortunately, we understand your confusion and want to make sure you fully understand the tech before you get behind the now-defunct steering wheel of one of these cars. From avoiding obstacles to obeying traffic signals, knowing is half the battle when it comes to defeating the fear of this futuristic technology.

As you're probably already aware, self-driving cars are all fitted with an abundance of sensors. Waymo is no exception, and its sensors are a lot more impressive than you likely realize. They're designed to detect everything from pedestrians and cyclists to vehicles and construction. They can even detect a cyclists hand motions to predict future turns.

These sensors are doing a lot more than detecting. They're predicting what is going to happen by analyzing these obstacles from a distance of two full football fields away. That's more than 200 yards, which is a lot farther than you're planning your route with your human eyes.

In a perfect world, you wouldn't need to honk at all. Everyone would be enjoying a leisurely ride in their self-driving car and everything would be perfect. However, that is obviously not the case, making the need for a horn all the more important. So don't worry, Waymo has come up with a way to incorporate this driving necessity into their innovative technology.

Through a thoroughly-tested honking algorithm, Waymo has inserted polite, considerate honking into their self-driving car. As the algorithm has improved, they have created multiple different horns for certain situations.

“If another vehicle is slowly reversing towards us, we might sound two short, quieter pips as a friendly heads up to let the driver know we’re behind,” said a Waymo blog post on Medium from May. “However, if there’s a situation that requires more urgency, we’ll use one loud sustained honk.”

Waymo is not launching these self-driving cars into the world without any real world experience. For years, Google has been sending these cars on test mission throughout many complex scenarios on actual city roadways. They are programmed to seamlessly adjust to closed roads, stop at railroad crossings, and even avoid blind spots of larger vehicles.

“To create a truly self-driving car that can do all the driving, we knew we’d need experience in more challenging and interesting situations,” said Dmitri Dolgov, head of Google’s self-driving technology.

If you're worried that this self-driving car doesn't have the experience necessary to really hit the road without concern, keep in mind that this project has been eight years in the making. In that time, these self-driving cars have traversed some 2 million miles. How many millions of miles have you driven lately?