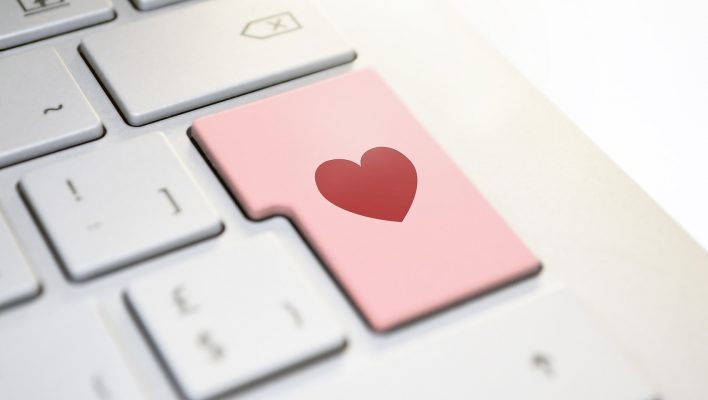 Catfishing, the act of defrauding people out of money by pretending to be someone else online, is as old as the internet itself. But a new report sheds light on those states that are most likely to fall victim to the romance scam, with Nevada topping the bill.

Other states that followed closely behind included Washington and Wyoming, making up the top three most catfished areas of the US. At the other end of the spectrum, South Dakotans were deemed the least likely to fall for the scam.

In the last year, catfishing scams have cost American victims $475 million, with a notable rise from previous years being blamed on the current pandemic.

The Best and Worst Catfishing States

According the the research by HighSpeedInternet.com, Nevada clearly likes to gamble on more than just the roulette, with risks taken on online romances making it the state that sees the most catfishing victims, with the average victim there losing over $14,000 to the scams.

Wyoming and Washington didn't fare much better, although clearly residents of Washington have deeper pockets than those in Nevada, with scammers making out with over $33,000 from their victims on average.

As for the least likely victims, it appears that South Dakotans can proudly claim to be the most savvy about this particular online scam, having the fewest victims, joined by Mississipi and Iowa. 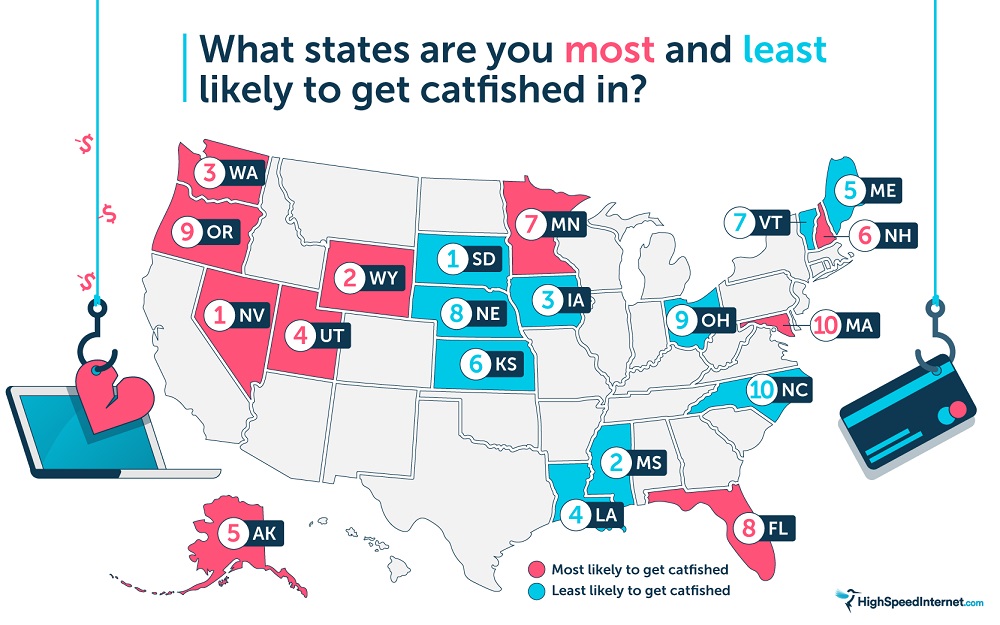 While scammers can easily find themselves a victim any day of the week, the ongoing pandemic is thought to have increased the likelihood of people being hoodwinked into catfishing scams. Without the ability to easily get out and meet people, more people than ever have turned to dating sites. Bumble reported an increase of 21% in message activity, and Tinder has claimed that use has risen by up to 25% in some areas.

With a wider captive audience than usual, catfishers have had their scam pool widened by quite some margin, thanks to the current COVID-19 crisis.

It's not just romance scams that have risen either. The FBI has issued several warnings for Americans to be vigilant and avoid online fraud, with unemployment insurance, cryptocurrency, and extortion scams all getting a boost in 2020.

How to Avoid Getting Catfished

There are several ways to ensure that you aren't the next victim of a catfishing scam, and the points below will help keep you vigilant. You don't need to turn down all online romances for the fear of them coming after your money, but with a little caution, you can stay safe online:

If you are the victim of a catfish scam, report it as soon as possible to the FTC.

As well as staying alert when online and practicing caution, a good defense against scams is to have antivirus software installed. It can act as the last line of defense and catch any viruses that you may fall victim to, including phishing software, which could relay your personal data back to your scammer.