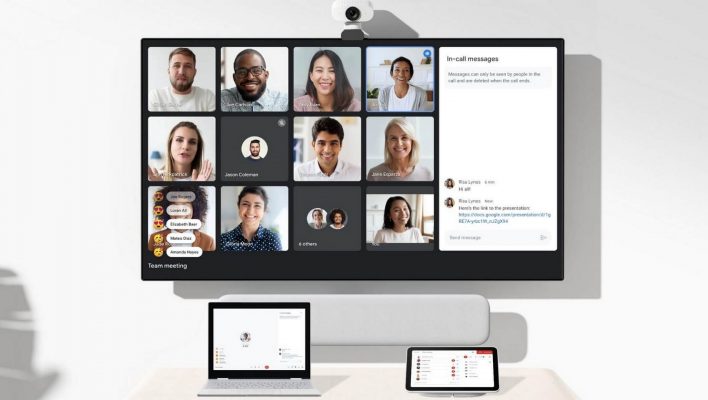 The workplace is changing, with the past year blurring the line between the office and home more than ever. Google's response to this was Workspace, a collaboration tool for employees to work together effectively, regardless of their location. With the shift to flexible working looking like a permanent cultural change, Google is adding even more features.

Announced on Google's blog, the new additions to Workspace include tools to improve collaboration, as well as time management.

The new features are scheduled to be added to Workspace over the coming weeks.

As Google stated on its blog, there are some major additions coming to Google Workspace, mainly focusing on further integration of the platform, as well as some quality of life upgrades.

Google Workspace Frontline is due to launch in the next few weeks, and while details on the actual mechanics of the feature are a little sparse at the moment, Google states that it is designed to “open up communication and collaboration channels between frontline workers and corporate teams in a way that’s safe and secure.”

With Frontline, Google will allow for collaboration across its apps, including Gmail, chat, Docs and so on, with “business-grade” support, as well as more advanced security features. The rise of working from home has exposed many businesses to security concerns, so employers are sure to welcome these improvements.

Google Assistant isn't new, but Google has integrated it into Google Workspace. It's now possible to ask Google to see what's coming up on the work calendar, or to send a message to colleagues.

Google Assistant is already available for Google Workspace on mobile devices, and is now in beta for smart speakers and displays.

One trend that Google has apparently taken note of is the change in work pace for many of its users, with the traditional working day being replaced with ‘sprints' of two to four hour blocks of time. As such, there are changes coming to Google Workspace to accommodate these chunks of time, as well as Focus Time, which allows for minimal distractions from outside influences, and be marked as such across the Google Workspace apps.

Also coming is Time Insights, which is a tool that will allow employees to see how they are spending their day (Google is very keen to point out that this information is only intended for the employee, rather than the employer).

A new introduction to Google Meet, means that second screen features, such as polls, chat and Q&As will be available to all, regardless of the device they're using or where they are.

Still on video calling, some changes are also slated for those working with small screens, such as mobile devices, such as a new tile view that will allow the user to see more participants at once, as well as split screen and picture-in-picture support.

In addition, live streams are set to integrate further with Google Workspace, and offer Q&As, polls, and live captions in English, Spanish, German, Portuguese and French.

The Evolution of Google Workspace

If you're unfamiliar with Google Workspace, don't fear – it's only existed for a few months, having been launched in October 2020. You may be more familiar with it under its old title, G Suite. It's essentially the collective name for the group of Google office applications such as Sheets, Docs, Gmail and so on.

In its launch announcement, Google stated that the G Suite branding was no longer apt with the fragmentation of the office – hence, Workspace was born.

The intentions of Workspace were always to make it a more cohesive set of tools for working, collaborating and generally getting stuff done, regardless of whether you were in the office, at home, or on the road, and with its newly announced features, Google hopes that its users will integrate its apps even further into their day to day work lives.

The Home Transforming into the Office

As most of those with office-based jobs will attest, the last year has been one of the most disruptive to the workplace since the industrial revolution. Fears of health and safety have led many offices around the globe to shuttering their doors and allowing employees to work from home.

While the end is in sight for the pandemic, with the mass rollout of vaccines currently underway, many, including Google, believe that home working is here to stay. According to a recent Gartner survey, 90% of HR respondents plan to allow their employees to continue to work remotely, at least part of the time, once the vaccine is widely adopted.

Google's own message to its employees is that they will be allowed to work from home some of  the time, but should still live “within commuting distance” of their office.

Learn more about the best conference phones for small businesses

Google's focus on Google Workspace, and the new features unveiled this week, show that the company is serious about the changes that the workplace has undertaken in the past year, adapting its offering to best suit newfound ways of working.