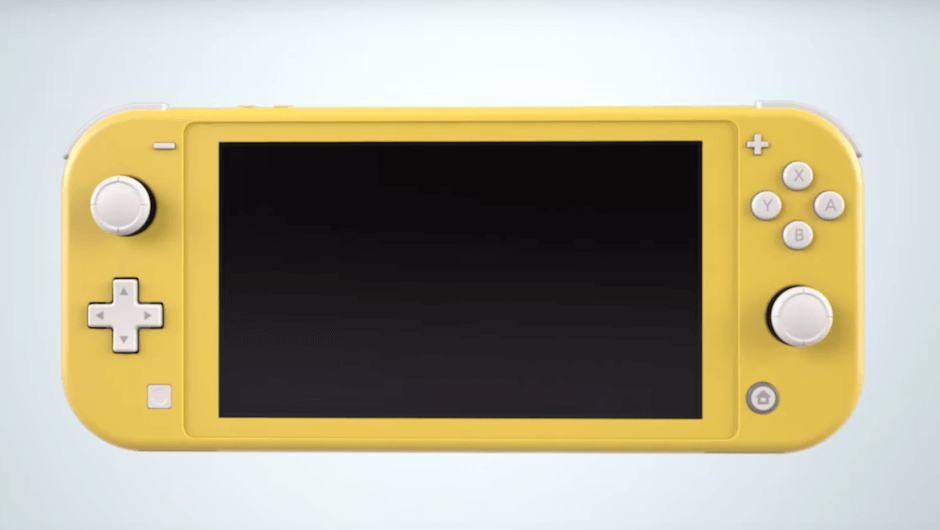 Update: Nintendo confirmed on July 10th that the cheaper Switch Lite will be priced at $199.

The incredibly popular console is one of the most successful gaming devices on the planet, propelling Nintendo to heights they could only dream of in the days of the N64. Since its launch in early 2017, almost 200 games have been released and sales continue to soar for the Japanese gaming company.

However, with Sony and Microsoft gearing up to announce their next generation consoles and huge tech companies like Apple and Google launching gaming platforms of their own, Nintendo must continue to innovate if they want to have any hope of staying in the fight. Fortunately, it seems like that's exactly what they're doing.

Announced this week, Nintendo is planning on launching a miniature version of the popular gaming console called the Nintendo Switch Lite. The handheld gaming device will be aimed away from the console gaming fans and more towards those looking for a portable option. The Nintendo Switch Lite will cost $199 and will launch on September 20th.

Rumors about the device surfaced a long time ago, and were reignited by Chinese retailer Honson a few weeks ago, when they listed cases on their website for a device called, “the Nintendo Switch Mini.” They missed the mark by a smidge in regards to the name, but it's safe to say the rumors were pretty spot on.

Other than the more affordable price, the Nintendo Switch Lite certainly has a few notable difference compared to its larger counterpart. For one, it's smaller, which seems like a given, and comes with a new directional pad and 20-30% more battery life. Additionally, it comes in three different colors: yellow, grey and turquoise.

Now for everything it's missing. Notably, the handheld device is missing the Nintendo Switch's detachable joy-cons, which kind of makes the name “Switch” a bit of a misnomer. As you might imagine, the device isn't dock-able either, and it's missing a video output, so you're pretty much stuck with an exclusively handheld device. The Nintendo Switch Lite also won't be compatible with Nintendo Labo and you won't enjoy that classic rumble experience while you play.

The Future of Nintendo

Mobile gaming has become significantly more popular in recent years, growing into a $70 billion industry in just the last few years. While the Nintendo Switch is admittedly built to be at least somewhat portable, the large size hardly qualifies as a mobile experience, opening the door for a smaller device to catch that market.

Additionally, and perhaps more importantly, Nintendo could be interested in developing a new, smaller device because they seem to be slowly but surely phasing out the Nintendo 3DS, a less popular but still relatively successful device for the gaming company, although you wouldn't necessary believe it if you listened to them at E3 2019 this year.

“A 3DS at $79 with a game included is a great value proposition for a young gamer coming into the Nintendo ecosystem,” said Doug Bowser, new president of Nintendo of America at the gaming conference.

Selling the 3DS as a kid-friendly model with a notably lower price point is all well and good, particularly with the Switch still selling for an expensive $300. However, an affordable Switch alternative could effectively squelch those last selling points into the dust, leaving that coveted spot open for a new miniature competitor.

If you read between the lines even further, the fate of the 3DS is even more bleak. For one, Nintendo also announced at E3 2019 that, while third-party developers would still be able to build out games, there would officially be no more first-party titles in the works for the 3DS. In the past, that has been the death rattle for Nintendo consoles, which means the Nintendo Switch Lite could be ripe for the company's affordable, mobile option before you know it.