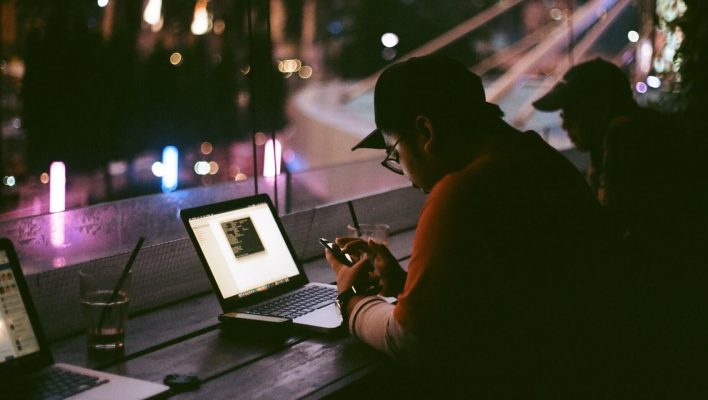 Americans are taking online security into their own hands, with three quarters “more alarmed than ever” about their privacy, according to the latest research from NortonLifeLock.

The data found that just over a third of Americans hold themselves the most accountable for securing their personal information, while only twenty nine percent are willing to give the government responsibility to protect them. The US is the only nation found to recognize its individual role above that of the government.

With scams ever-present in today's digital climate, and services such as VPNs, password managers and antivirus software all available for a reasonable cost, there are a myriad of ways that you can protect yourself too.

The American Public's Security Self Sufficiency

The NortonLifeLock report throws up some interesting statistics about the public's security concerns, especially when it comes to the US. Compared to all other countries surveyed, including the UK, Italy, Japan, Germany and others, it seems that Americans are much more likely to take responsibility for their own online safety, rather than relying on external forces to do it for them.

Half of Americans surveyed will unwilling to give private companies or government forces credit for doing enough to protect security, and that's not without reason. 74% are apparently more alarmed than ever about their privacy, with data breaches and information being sold to third parties topping the list of concerns.

This lack of trust is, surprisingly, fairly partisan, with 47% of Republicans, and 50% of Democrats accusing the current administration of not doing enough, and feeling that the US is flagging behind other countries when it comes to privacy laws.

There are concerns about future tech too. 68% of Americans believe that facial recognition will be misused in the next year, with the biggest worry that criminals will use it to steal data. Yet, in spite of this, most Americans support the use of facial recognition by law enforcement, schools, and even retailers.

Americans are outliers compared to other countries surveyed in that they are willing to accept a lot of the responsibility in protecting their own data and personal information” – says Paige Hanson, chief of cyber safety education, NortonLifeLock

How Americans Are Showing Caution Online

The report from NortonLifeLock shows that Americans are practicing what they preach, with a huge 87% taking steps to protect themselves online.

These steps include limiting what they share on social media (38%) to prevent scammers from taking advantage of their personal details, and avoiding the use of public Wi-Fi (33%), which is usually unsecured and an easy way for fraudsters to intercept your details. 20% of Americans are also using identity theft protection services, such as a VPN or password manager.

However, it seems all these safeguards still aren't enough to alleviate our concerns, as Americans are 15% more likely than other nations to proactively find better ways to protect privacy.

This could be the year Americans truly embrace their privacy independence, particularly with the help of new regulations like the California Consumer Privacy Act giving them control over how their data is used – Paige Hanson, chief of cyber safety education, NortonLifeLock

Steps You Can Take to Protect Yourself

If, like most Americans, you're concerned about your online safety, then there are plenty of tools readily available that will lockdown your internet activities and safeguard you from snoopers and fraudsters:

Invest in a VPN – The stigma of the VPN and its shady associations are thing of the past. More of us than ever are now using a VPN to access content from other regions, as well as to protect ourselves online. Many VPNs, such as PureVPN, are packed with a host of security features that make you almost invisible online.

Pick up a Password Manager – Password managers are great for relieving you of the stress of remembering your passwords, sure, but they also promote best practice, can generate secure passwords, and even let you know when your password has been comprised. All for a few bucks a month.

Activate Anti-Virus Software – If you're using a device connected to the internet without an anti-virus software, you need to remedy that right now! There are some excellent options out there, as we've found in our testing, and with apps like McAfee, BitDefender, and yes, even this report's own creator, NortonLifeLock, all offering water tight security for a small subscription free, there's never been a better time to get protected.