At Facebook's recent Oculus Connect 5 event, the company debuted its latest VR headset, the Oculus Quest. In a stumbling VR headset market, this could prove to be the tech that changes the entire concept of VR.

It's not often that you see Mark Zuckerburg smile these days, given the microscopic focus that has been put on Facebook's practices of late. But, bless him if he wasn't beaming like a child when he unveiled the Oculus Quest on stage last week. Zuckerberg was revelling in the release of what he thinks will be the next generational leap in console gaming. He might even be right.

VR has its supporters and naysayers in equal measure – we recently covered ongoing struggle of VR to take off with buyers. But, with the Oculus Quest, it appears that Facebook is tackling the very real consumer concerns about VR.

What is Oculus Quest?

Oculus Quest is a “self contained” VR headset. That means there's no need for a separate PC or console for it to work.

It's not the first all-in-one Oculus headset – the Go has that honor. But comparing the two is slightly indigenous.

The Go is an entry-level headset that is aimed at providing ‘experiences', such as streaming video, and yes, some gaming. It's kitted out with a Snapdragon 821 mobile processor that likely isn't as powerful as the one in your phone. Plus, with the Go, the range of movement is severely limited. It's fine, but feels very much like a novelty rather than a fully-formed VR experience.

Enter the Quest. Yes, it's also powered by a mobile processor, the Snapdragon 835. But, it's considerably more powerful than the Go, and capable of running much more demanding and interesting software. It also comes with two touch controllers – the very same as the ones that Oculus provides with its high-end Rift headset.

The Quest, bafflingly, has an even better resolution than the flagship Rift, boasting 1600 x 1440 per eye (compared to 1200 x 1080). It also not only tracks your head movement, but your position in the room, just like the Rift. Right off the bat, it feels like a genuine contender for the everyman VR console.

Games are offered as digital downloads via the Oculus store. While the launch library hasn't been revealed yet, it will include recent VR stand outs such as The Climb, or Moss, plus around fifty titles initially.

Why Might Oculus Quest be a Gamechanger for VR? 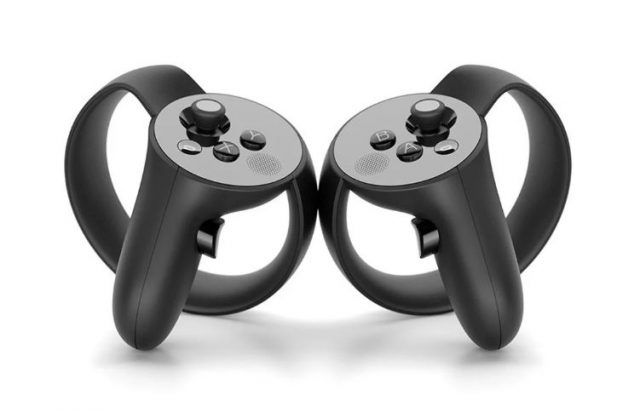 John Carmack, the chief technical engineer at Oculus and legend of PC gaming states that Oculus Quest is competing with the Nintendo Switch. Now, Carmack is an incredibly clever man, but he's wrong here.

The selling points of the Switch and Quest are poles apart (you won't see anyone on the subway with a VR headset plugged onto their face). But, the fact that he's thinking about it in terms of a standalone gaming console is very telling.

There are three fundamental barriers to consumer VR: cost, practicality and content. Oculus Quest has solved two of these, and might be on its way to cracking the third.

Cost: The Oculus Quest will retail at $400. That's the only price you have to worry about, beyond the cost of games. It comes bundled with a pair of touch controllers. Everything you need, aside from the games, is in the box. There's no separate console or PC that needs to be purchased. Crack this open on Christmas morning and you can be flailing around the room within 5 minutes. At $400, it's the same price as Sony's Playstation 4 was at launch – a fair price for a self-contained VR console.

Practicality: If you've tried a VR headset like PSVR or the Oculus Rift, you'll know that they're pretty cumbersome, and it's easy to get caught up in wires. You're tethered to a machine like Neo in the Matrix. It not only feels restrictive, but also breaks your illusion considerably. The Quest is an all-in-one unit, with no trailing cables, leaving you to spin around uninhibited.

Content: Content is king when it comes to new tech, and while VR hasn't had a Minecraft or Fortnight moment yet, it's come pretty close. Games like SuperHot and Job Simulator have a real ‘You've GOT to try this' word of mouth effect from anyone whose played them, and are great at conveying the wow-factor of VR. If Oculus can nail its own Mario 64, genre-defining moment, there could be no stopping it.

What We Don't Know Yet About Oculus Quest

As well as the full line of games, which will be instrumental in how Quest takes off, there are a couple of other key questions that need to be addressed.

So far, Facebook hasn't revealed the expected battery life of the Quest. Customers are likely to be forgiving here – anyone who has used VR knows that long sessions can be gruelling, and that it's more enjoyable to get your fix in short bursts. However, a reasonable battery life is a must.

We're also not sure yet what it can do outside of gaming. It may be the main focus, but adding other Go-style experiences, such as video streaming, could push it over the edge. The Playstation 3 sold huge numbers to non-gamers thanks to its inexpensive Blu-ray player. If the Quest can offer something more universal than gaming, such as streaming or virtual tourism, it would be a huge boon.

How Much Will Oculus Quest Cost?

It's worth noting that $400 is also the price of the flagship Oculus Rift headset. But, unlike the Rift, you won't also have the expense of a beefy gaming PC if you opt for the Quest.