Earlier this month, Sony proudly announced that it had managed to shift 3 million PlayStation VR headsets since launching the kit in October 2016. Yet this figure masks an underwhelming sales for the latest generation of virtual reality sets, which have failed to gel with consumers on a significant scale.

Three million units is a large number, sure. But let’s put that in context – Sony has managed to sell over 80 million PS4s since its launch in November 2013, with 30 million of those coming since the introduction of the PSVR headsets.

So why the disparity between overall Playstation sales, and PSVR sales? And has virtual reality failed to take off, again?

Looking at sales figures for each platform, you’d be hard-pushed to call the current generation of virtual reality a success:

Samsung’s range of phone-powered virtual reality headsets, called Gear VR, have supposedly sold better, but only when bundled-in with new phones. However, Samsung hasn’t revealed much by way of sales figures.

The fact that manufacturers are so reluctant to discuss sales performance – only Sony has divulged actual numbers for its VR headsets – hints at an underlying poor performance.

The manufacturers may still maintain that VR is important to them, but those in the know aren’t fooled. In fact, in a survey of nearly 600 VR and AR professionals, 42% believed that VR devices aimed at consumers had performed worse than expected.

Why Has This Generation of VR Failed? 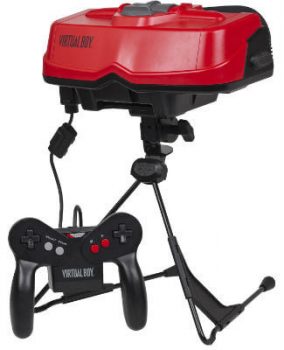 As with any new technology generation, be it 4K TVs, touchscreen smartphones, or even the internet itself, there are always barriers to mainstream adoption.

However, virtual reality seems to always be stuck in its early-adopter phase, with only the most committed and deeply-pocketed users getting involved.

SEGA and Nintendo’s attempts in the 90s to create VR headsets for arcade and home use, respectively, both failed. Nintendo's attempt, the Virtual Boy, right, was reviewed poorly for causing motion sickness and was canned by the company after a year on sale.

Then, in noughties, virtual reality seemed to be confined to military uses. There were efforts to use it to treat PTSD and train pilots. The cross-over to commercial applications was non-existent. 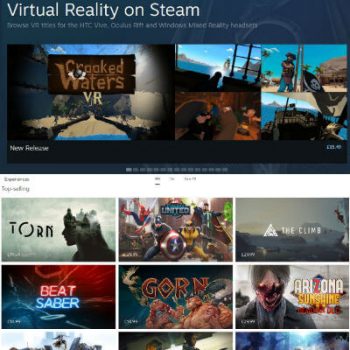 The main factor blocking mainstream adoption of virtual reality seems to be the lack of compelling content. The only genuine AAA titles compatible with PSVR seem to be Gran Turismo Sport and a spin-off Resident Evil game.

Content for the Oculus Go and Rift isn’t much better, with a mix of driving games, shoot-em-ups and “thought-provoking” first person experiences.

Steam, pretty much the de facto marketplace for PC gaming, offers a wider selection of games. But, aside from a VR-specific edition of Doom and VR-optimised version of The Elder Scrolls V, there’s nothing particularly standout. Many users complain of the reliance of these games on expensive “room-scale” tech, as well.

Unlike with 4K TVs, it’s difficult to make the assertion that VR content will come to make your hardware investment worth it. Worse, there’s no certainty that when the content does improve, it’ll be playable on this generation of VR headsets.

Many of the best virtual reality systems out there, from the Oculus Rift, to the Windows Mixed Reality headsets are too expensive to appeal to most users.

The Rift, even following a recent price cut, costs $400. It’s the same price for the Asus or Acer Mixed Reality Headsets – the cheapest of the bunch. Don’t forget that you’ll also need a PC powerful enough to run the games – and this will set you back at least $800.

Frankly, to have any meaningful virtual reality experience, you’ll need to shell out at least $600.

Does VR Have a Future?

While VR hasn’t completely taken off yet, it feels premature to say that it’s dead in the water. After all, people are buying and using the headsets – just not that many of them.

Some believe the best way to pique consumer interest in VR tech is by using the tech outside of the home – in the same way SEGA tried to pioneer VR at the arcade.

Air travel could be a perfect space to try out VR – people are stuck in boring seats and are primed to spend hours staring into tiny screens already. This certainly sounds feasible, with some travellers choosing to play games, or others sinking their teeth into an immersive nature documentary, for example. Of course, that immersion would be lost as soon as the person in the seat next to you needed to go to the toilet.

There was also a remarkable, though understandable, amount of hype surrounding Mario Kart VR’s limited introduction to the UK market this month. Perhaps returning to the arcade is the way to go for VR gaming?

The potential of genuinely good educational VR content is almost limitless. Imagine children learning about Ancient Rome by walking round the Forum, or doctors understanding the workings of the human body by interactive walkthroughs.

Experts are also claiming that virtual reality will have applications in business settings, with everything from manufacturing to healthcare set to benefit from VR tech.

VR does have a future, but only if the experience is high quality and affordable. The super-cheap phone-based headsets littering Amazon and big retailers will not convince everyday users that VR is good and for them.

Instead, devices such as the Oculus Go and PS VR need to improve the content they offer.

Virtual reality also needs to become a social experience. At the moment, virtual reality users tend to view it either as a novelty (similar to the ultimately successful Nintendo Wii when it first debuted) or a solo pursuit.

The ability to have multiple virtual reality users within the same game, or content experience generally, would be incredible. Games are becoming increasingly social – just look at Fortnite – and VR needs to keep up to stay relevant.

Virtual reality could, still, be the next big thing in home entertainment. But, without proper investment, it’s doomed to become a strange cultural relic.