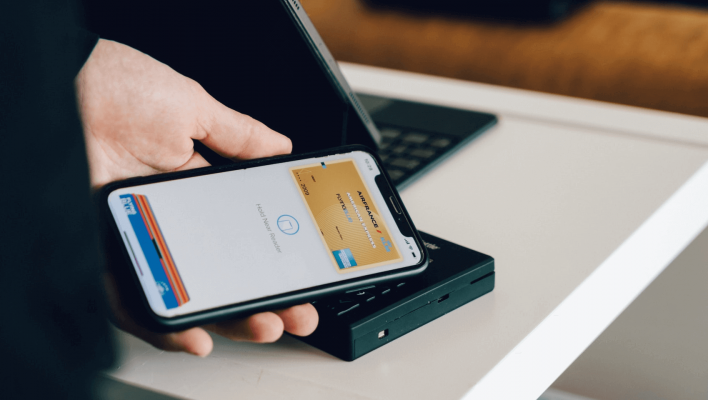 According to new research, Apple is struggling to get iPhone users to pay in-store with their iPhones, with only 6% choosing to do so.

The study shows that many of us still prefer traditional payment methods, even if we have access to a digital wallet, although the reign of cash also appears to be waning.

Despite the lack of uptake, payments by Apple Pay still amount to billions of dollars, and it is still the most popular digital wallet option for consumers.

The study, carried out by PYMNTS, shows that Apple has made little progress with its Apple Pay platform since its inception in 2014, moving from 5.1% take up in 2015, to 6.1% this year. The study polls 3,671 US consumers on their activity in the past 24 hours, and when and how they made payments in-store.

It seems that the king of in-store payments is still the credit card, which actually increased in use by 33.8% in the last two years, whilst cash declined by just over 20%. Debit card use declined slightly by 7.2%.

The authors of the study claim that Apple Pay's failure to launch is in spite of the much easier landscape it finds itself in in 2021 compared to 2015. Back then, only 19% of US merchants accepted Apple Pay, compared to 70% now. It also required a specific model of iPhone, either the iPhone 6 or iPhone 6s, which in 2015, accounted for 39% of iPhone users. Today, 96% of iPhone users have a model that can make Apple Pay payments. Despite this, its increase in popularity has moved at a glacial pace.

If you think it sounds like bad news for Apple, then take a moment to consider other mobile payment providers, who can only be looking at Apple's 6% take up figure with envy. According to the research, Apple Pay was far and away the most popular option for those users surveyed that chose to pay with a mobile wallet in the past 24 hours. Just under half, 45.5%, of this group used Apple Pay.

What's even more interesting about the findings is that Apple Pay is one of the few digital wallets that showed any growth in this study. Compared to the same research last year, Apple Pay digital wallet payments leapt by around 17%. PayPal, Google Pay and Walmart Pay all declined. Samsung Pay did manage an increase of less than 2%, which sounds positive, until you look at the 2019 statistics where it was doing even better (14.1% compared to 9.9% this year).

Should My Business Accept Apple Pay?

If you're a business owner, you might be reading these statistics and wondering if it's even worth your time accepting Apple Pay as a payment method. We'd argue yes, for two reasons.

Firstly, the Apple Pay usage may look slim when distilled down into a statistic, but remember that it's a small part of a large pie. Apple Pay transactions in the US have accounted for an estimated $90 billion to date since 2015. Add to this the fact that its use is on the rise (even if it is marginally), and there's a compelling reason in itself.

Secondly, we'd argue that if a customer wants to pay with a preferred payment method, they should be given the option. Worst case scenario is that you could miss out on an important sale, and the potential customer may never return.

The good news is that accepting Apple Pay is easier than ever, especially if you use a Point of Sale system, with many platforms, such as Square POS, offering Apple Pay integration. To ensure you don't miss out on any customer payments in the future, we'd recommend checking out our top rated POS providers: