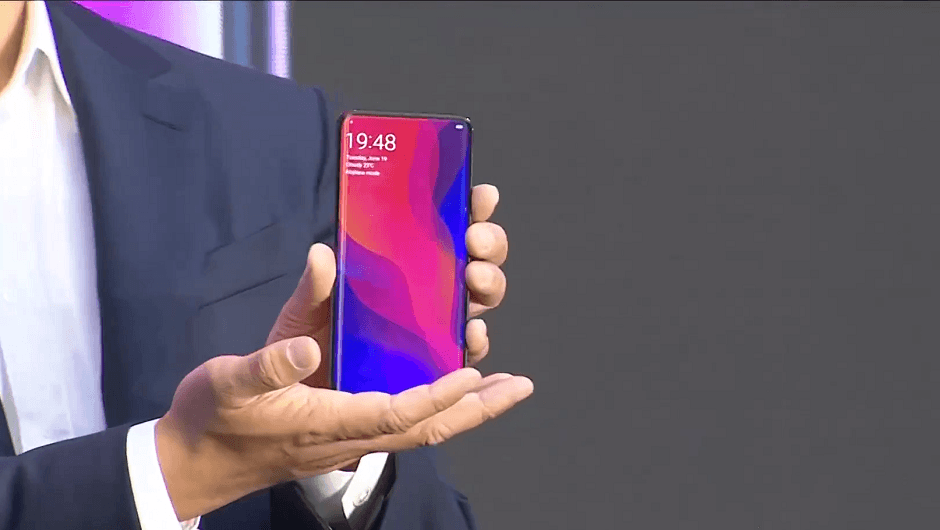 The North America and Europe phone markets have a new player. Just launched today, the Oppo Find X is the first phone from Oppo Electronics to be sold in those western markets.

Since launching their first model in 2008, Oppo has grown to the second biggest phone company in China, second only to Samsung with a full 17 percent of the 2017 market share of the industry. Having entered more than 30 countries and regions, the company holds over 22,000 patents internationally. And as of their Find X phone launch today at the Lourve in Paris, France, Oppo has arrived in Europe.

The Find series started in 2012, and the name of the newest edition is about as explicit a confession that this phone is an iPhone X competitor that you can expect. Here's a rundown on the specs, prices, and details to expect from Oppo's latest device.

The Oppo Find X has no notch and practically no bezel, which means it offers a screen-to-body ratio hitherto unknown to phone history: It's 93.8 percent screen, with just a 3.4mm black edge.

This impressive screen  — called a “Panoramic Arc” screen at the event  — is composed of 3D glass, on both the front and back, with a jade-like gradient effect on all four sides. It's designed to offer better visuals while also fitting better into your hand. 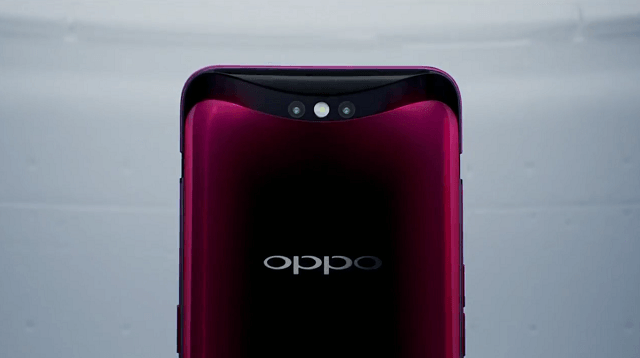 So how to you take photos on a phone with no notch? The solution is a stealth 3D camera.

A sliding mechanical structure completely hides the camera in the chassis when not in use, allowing for all that spacious 93.8 percent screen. Then, when activated, the camera top moves up, becoming visible in a mere half a second. That's right, it's slider phone technology, just vaguely reminiscent of a phone out of the Matrix. Competitor company Vivo's new notch-less Nex phone is another example of the trend, and Find X's big rival.

As for the specs themselves, the Oppo Find X has a 25-megapixel front camera and a 16-megapixel/20-megapixel dual rear-facing camera, and comes with optical image stabilization.

Facial Recognition, But No Fingerprint Login

The pop-up camera activates when the owner picks up and raises the phone to their face: The camera's facial recognition unlocks the devices after matching its existing 3D biometric map with the user's face.

The identification process, which Oppo is rather weirdly calling “O-face,” has a failure rate of just one in a million. It can happen at least 300,000 times: Assuming you unlock your phone 100 or 150 times a day, the phone can last a full five years. 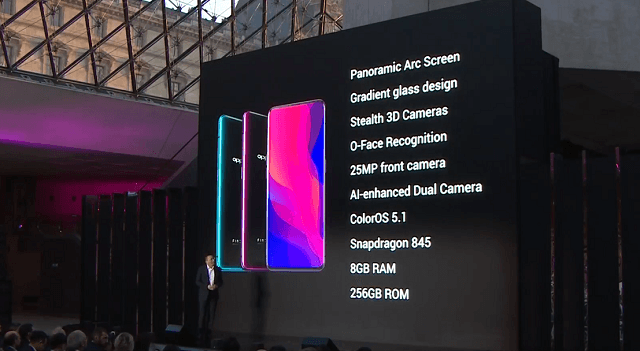 Find X's Snapdragon 845 Mobile Platform is powered by Qualcomm  — they're such close partners, in fact, that Christiano Amon, Qualcomm's president, took the stage at the launch to discuss their relationship further.

Oppo Find X has 8GB RAM, 256GB ROM, and an operating system, ColorOS 5.1, supports Android P Beta program as well as Google Assistant and Google Lens. Google Assistant can stand by without the phone's user needing to activate it.

The Find X also offers a preloading ability: This AI feature guesses your next move and then preloads the next four apps that you're mostly likely to open next, saving you time. iPhone X has a similar AI feature, making this another trait that Find X is mirroring.

VOOC Flash Charge is Oppo's quick-charge technology and charges the Find X phone in 90 minutes, similar to other Oppo phones on the market using the same charging tech  — contrary to rumors, the Find X itself won't have a new Super VOOC charging ability. That's saved for the special edition:

You can also get a version of the Find X with a 3D Lamborghini logo embedded on it. This special edition comes equipped with Super VOOC Flash Charge, an even faster version of the charging technology. It charges in just 35 minutes… far faster than the typical 90 minute flash charge.

The Oppo Find X will cost €999, available in August. The Lamborghini Edition will run you a pricey €1699.

“Country specific pricing and configuration may vary,” according to the launch event.

Going off current exchange rates, the phone's Euro price tag means you can expect the dollar price for the Oppo Find X to land somewhere around $1160.

You can buy international versions in the U.S. through Amazon or AliExpress, but expect expensive or lengthy shipping options. Since this is the first phone Oppo will be selling across North America and Europe, its SIM card is globally compatible.