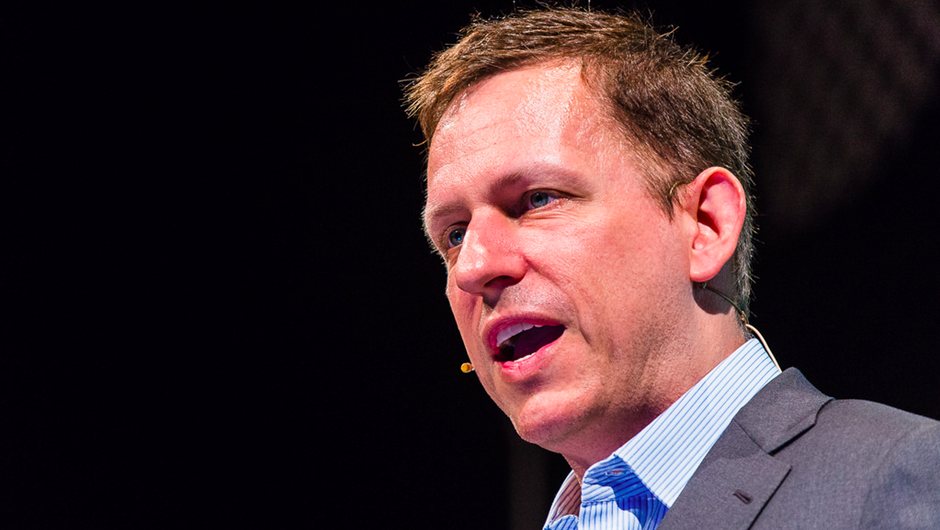 At the National Press Club billionaire Peter Thiel, entered the lion’s den of media and discussed why he is backing Donald Trump for president. Theil, a libertarian, has traditionally supported outsiders and lumps Donald into that same category.

“Bernie Sanders and Trump are the outsiders,” Thiel said. “I have a bias favoring outside candidates, the insiders are talented politicians – [it’s like] rearranging chairs on the Titanic.”

Thiel cofounded PayPal and Palantir. His net worth is estimated about $2.7 billion. Earlier this year, Thiel spoke at the Republican National Convention where he backed Trump. Thiel is also known for backing Hulk Hogan’s lawsuit against Gawker which caused the publication to go into bankruptcy.

Theil has been criticized by Silicon Valley leaders among others, for donating $1.25 M to the Super Pac and supporting Trump. Thiel said he didn’t realize the polarization of politics in Silicon Valley as a result of his donation.

When asked if his company had suffered any blow back as a result of the donation, he said his friendships in Silicon Valley are in tact.

"I’m not Trump. The founders of the companies I invest in are not me. Their employees are not the founders." – Thiel #NPCLive

Theil explained that voters are choosing Trump because the system has failed the American people. “We’re voting for Trump because we judge the leadership of our country to have failed,” he said.

.@peterthiel: "No matter how crazy this election seems, it is less crazy than the condition of our country." #NPCLive

While Thiel doesn’t believe and agree with everything Trump says, including the Entertainment Tonight tape where Trump made lewd comments about women, he did say that “voters are tired of hearing that government works,” and Trump thinking isn’t going anywhere.

"No matter what happens in this election, what Trump represents isn't crazy, and it’s not going away." Thiel #NPCLive

The white elephant of Gawker was certainly in the room and questions regarding Thiel's involvement ultimately came to the forefront. He was asked if his backing would set a precedence for other wealthy individuals to sue journalists because they don’t like what they write or encourage stronger libel laws. During this election Trump has been a harsh critique of the freedom of the press laws and would look to reduce protections of journalists if elected president.

While Thiel said “I don’t think the libel laws need to be changed,” he did express concerns about the level of scrutiny people face depending on their public status and the Internet is has also contributed to blurring the boundaries. As for his candidate of choice, he criticized the media for taking what Trump said too literally and turning it into a news story.

Thiel at @PressClubDC “A lot of the voters that are supporting Trump take Trump seriously but not literally.” #NPCLive

As of today, Thiel is not involved in any other lawsuit against a publication and doesn’t plan to purchase one at this time.

"I wouldn't want to compete with Jeff Bezos . . I have no plans to buy the Washington Times." – #NPCLive @PressClubDC @PeterThiel

As the election comes to an end and voters will hit the polls next week, Peter Thiel confirms he is not entering politics, for now.

Thiel says no future full-time involvement in politics for him. #NPCLive @PressClubDC