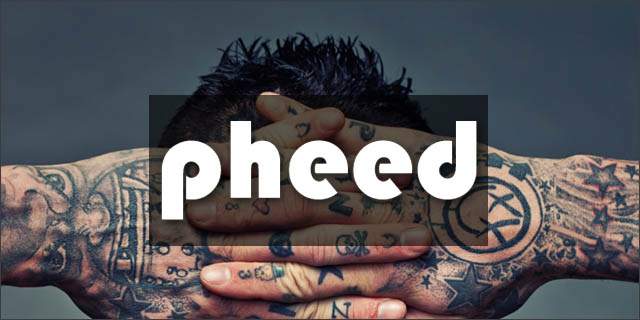 Last week, I had the opportunity to chat with OD (pronounced “Oh-dee”) Kobo, founder and CEO of the latest social network to grab the world's attention — Pheed.

Pheed is a free social media platform, based out of Los Angeles, that launched on October 12th. The accompanying iPhone app was released a month later, making its way into Apple's Top Charts soon after. The platform enables users to upload and share all forms of digital content including text, photo, video, audio, and voice-note. In a sense, Pheed has cherry-picked the features we love from other platforms and integrated them into one simple and fast app.

While it is free to join and use Pheed, users have the option to monetize their content if they wish to do so, either by applying a monthly subscription fee to their channel or setting up a pay-per-view live broadcast event through the web platform. Monetization isn't a main feature, but an option – among many – that Pheed prides itself on offering its users.

Founder is a “funny title,” OD told me. He's been developing with the same group of eight tech guys for the last 10 years in China, creating nearly 90 websites in all (some of which were achieving 90-100 million uniques monthly, by the way), so the titles tend to get passed around, depending on each project.

When I asked what inspired the creation of Pheed, it was a similar drive to how they approached many of their projects:

We've been building stuff like this for almost 10 years. Building items that scale, whether it's social or otherwise, we've been doing this for a long time. We're fans of this space. Because we're tech guys, we just started building stuff like Twitter, Facebook, Tumblr, etc. out for the Chinese market. In China, there's no YouTube, no Facebook, no Twitter. So there's always local counterparts, and usually the Chinese market kind of looks at what the West is doing and creates something China-style. S0 the concept of Pheed was from bouncing around ideas like ‘oh I really love that filtering,' for example, that's on Tumblr. ‘Why don't they do that on Twitter?' Or ‘I love Soundshare' – why don't they do more stuff like that?' We just looked at everything as users, and what we're missing, and what we'd like to have in a product.

OD says they don't consider their official launch date to be until the iOS application was available. He said the web and mobile app were planned to be released separately for testing purposes. “We're a bit of an old school group in that we wanted to learn more about what users are doing with the platform before launching the app. You can trace more analytics on the web than mobile.”

Although this platform has been in the works for a long time, including a lot of research by the group of eight “tech guys,” it wasn't until Instagram set an example that encouraged OD and his crew to finalize their product. “Four or five years ago, I would never have launched Pheed because there wasn't room for it. You either used Facebook or Twitter, and that was it. When Instagram came out of nowhere and stood center stage, we grew the confidence needed to launch something that could be the next thing.”

It was obvious to new users in October that Pheed had somehow reached an impressive audience during its beta period. Upon launch, big names like Miley Cyrus, Chris Brown, Paris Hilton, and many more already had a presence on the site. I asked OD how that strategy played out. “It really wasn't like that, though. I know it looks like that, but we didn't have that strategy,” Kobo said, laughing. “We're tech guys. We go to sleep at 10pm, wake up at 4am, and code. We're not out at nightclubs or anything.”

They showed their prototype of Pheed to people in in the area for feedback – to  anyone from bloggers, entertainers, influencers, celebrities, managers, etc. Along with those people, Kobo had a friend who has been in the music business for years and really loved the platform. “He would set up meetings with people. Introductions grew, and a lot of the people we met with just ended up being celebrities who wanted to use the platform.”

Being so experienced in starting successful websites and having a lot of feedback and direction to offer Pheed, I was curious of what obstacles or mistakes the group may have come up against upon creating Pheed. “I would never say this has been easy, as we're just entering the market. It's hard for us every day. We really wanted to launch with Android at the same time as iOS, but it simply couldn't happen. So an obstacle was the means and the time frame.” Prioritizing was at the top of the list for OD. “We don't have the luxury of having $20 million behind us to do this. We have to play with what we've got.”

Pheed aims to release an Android App in early 2013, and will continue to roll out exciting new products and features into 2013.

Amy Schmittauer is the Founder & Face of Savvy Sexy Social. She is a "social media frenzy" working in social relations consulting, blogging, and, of course, vlogging. She shares a glimpse into her life on her YouTube channel. Connect with Amy on Twitter at @schmittastic.