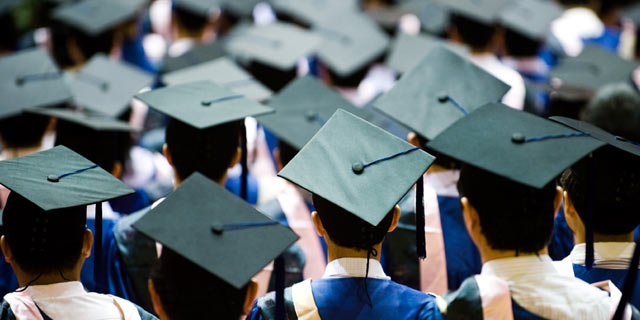 In May 2013, Portfolium took home a win at our San Diego Mixer & Startup Showcase; the crowd was excited about their social portfolio network that strives to connect young talent with opportunity. It’s been a while since we spoke with them, but Adam Markowitz and his team haven’t slowed down at all.

Quite the opposite, actually, as they’ve grown their team and services out of the EvoNexus incubator space in Downtown San Diego. They’ve been working hard to ensure that Portfolium provides a deeper, all-encompassing view of a student's passions, abilities and potential so they can find better jobs.

I sat down with Markowitz to see what Portfolium has been up to since winning our 2013 mixer, how EvoNexus has helped them, and what they’ve got planned for the future.

Tech Cocktail: What have you been up to since winning our San Diego Mixer & Startup Showcase in 2013?

Adam Markowitz: We closed a contract with the University of California school system and raised a seed round. Back in September we signed a partnership contract with CSU San Marcos, which was huge for us. We decided to do a different kind of partnership agreement with CSUSM and rolled out to their entire campus. Within the first 3 days we had 65 percent of the campus population on Portfolium, which certainly encouraged us to pursue higher education.

These university partnerships are kind of our backbone. Portfolium is a student recruitment marketplace. There are quite a few universities in San Diego that are working with us, and our long term goal is to continue the momentum as we expand east across the country. Eventually we want to be the go-to marketplace for recruiters already doing campus recruitment.

Tech Cocktail: Some companies decide to leave San Diego after they get funding, why did you stay?

Markowitz: We’re in a prime location here because of the colleges and universities. It’s exciting for us because San Diego is on the rise and there’s a tight knit community. But everybody starting up here wants to stay here for good reasons.

With all of the tech startup support in EvoNexus, the events, and the activity happening creates a sense of bond between all of us startups. That plays a huge role in wanting to stay and keep a company headquartered here.

And while some might say attracting capital is difficult, we think it depends on the company itself and who they want to raise from. We got some great advice from the committee and how to best approach fundraising. And then we got connected through EvoNexus and nailed our seed funding round.

Tech Cocktail: How has EvoNexus helped you on your journey?

Markowitz: The number of connections is big, but the credibility they give to companies is a huge aspect: it’s crucial for a startup. We were also one of the first companies to go through the EvoNexus Start program, which was a 4 month program. It included workshops, seminars, and every week had a different theme like product-market fit. Having that structure helped us kick things off and stay on top.

Markowitz: I would say it’s never a one and done. It’s never you pitch and get a ‘yes’ or ‘no’. If you approach partnerships that way you’re setting yourself up for failure. If you approach them in a way that expresses how you both get value from each other, that’s better.

I showed UCSD the benefits they would get if they partnered with us, and that was it. We came back once a month to keep talking with them and built towards a real relationship. They’re going to be devoting time and money to partnering with you which is where the EvoNexus affiliation and credibility fits in big time.

With any kind of partnership, you have to hear what their needs are before yours; it has to be mutually beneficial. And those are the best kind. If you can get those early on it can be exactly what you need to kick things off. But don’t forget you have to follow through on your end and deliver in a positive way.