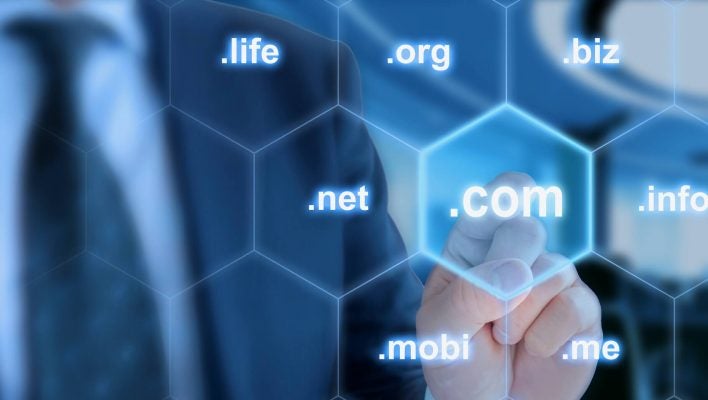 The stable price of .com domains could be in jeopardy, as a new deal is in the works to see the world's most popular domain costing users more to get online.

In 2012, .com domain prices were locked at $7.85 thanks to a deal made by the US Department of Commerce. The six-year contract prevented organizations in charge of top-level domains from increasing the price over the course of the deal.

Unfortunately, that could no longer be the case if this new deal goes through, which could lead many to look for web hosting alternatives to the .com standard. But why?

Why Are .com Domains Prices Going Up?

The Internet Corporation for Assigned Names and Numbers (ICANN), the non-profit group in charge of regulating the stability and security of the internet in regards to unique identifiers, is on the verge of completing a deal with Verisign, the internet company with exclusive rights to the .com domain, that would allow it to resume price increases over the next few years.

As for why this change is going into effect, the administration was happy to explain the decidedly on-brand reasoning behind the decision.

“The amendment repeals Obama-era price controls and provides Verisign the pricing flexibility to change its .com Registry Agreement with ICANN to increase wholesale .com prices,” reads the statement from the US Chamber of Commerce.

In so many words, regulation is a big no-no, particularly when it was put in place by former president Barack Obama. In the same way the FCC did away with net neutrality for the sake of “restoring internet freedom,” the administration is now taking the same approach to frozen .com domain prices, deregulating for the sake of deregulation. And the cost is far from insignificant.

How Much Will .com Domains Cost?

According to the deal, .com domains prices will increase by 7% every year for the next ten years. That means that the $7.85 price that a .com domain stands at right now could get as high as $13.50 at the end of the deal, nearly doubling the cost.

While that might seem like a small amount to everyday users, the effect on Verisign's bottomline is substantial, with some sources pointing to $800 million in additional revenue for the internet company. And despite ICANN's non-profit status, the deal stipulates that the organization will receive $20 million over the next five years, which will allegedly help it “preserve and enhance the security, stability and resiliency of the DNS.”

Backlash to the Deal

As with any instance of price hiking, people aren't happy, and it's not just everyday users that are getting upset. A number of organizations that represent website builders, domain providers, and other internet companies have spoken out against the cash-grab in statements that don't mince words about the questionable decision.

“Verisign already enjoys one of the highest profit margins of any company in the world. A further price increase is not justified,” reads a statement from the Internet Commerce Association, a non-profit trade organization representing companies like GoDaddy.

A lot of the backlash isn't just coming from the cash-grab either. Many believe that ICANN is supposed to be protecting the sanctity of the internet, and this deal is an obvious conflict of interest, particularly when you consider the questionable conditions under which it was devised.

“ICANN and Verisign made these changes in secret, without consulting or incorporating feedback from the ICANN community or Internet users,” said Richard Kirkendall, CEO of Namecheap, in a company blog post.

Granted, the deal hasn't been confirmed yet, and there's still some time for the public to weigh in (until Friday). However, as we saw with net neutrality, once the wheels of deregulation start spinning, public opinion isn't likely going to slow them down. After all, domain providers weren't passing the savings of frozen domains prices onto users anyway, so getting us to stick up for their bottom line now doesn't seem like a worthwhile cause.