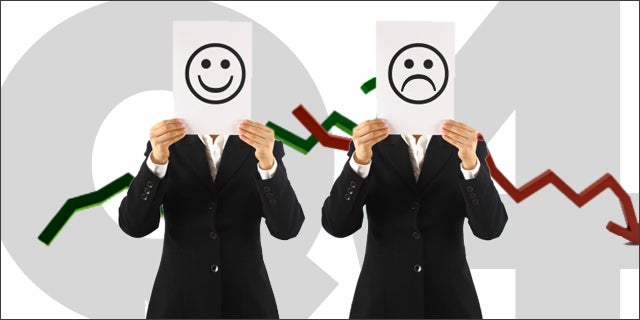 Good news for venture capital firms and those seeking venture funding – in Q4 2011.  According to Thomson Reuters and the National Venture Capital Association (NVTC), venture funds raised $5.6 billion last quarter.  That was up more than $3 billion from the prior quarter and nearly $2 billion fromQ4 2010. 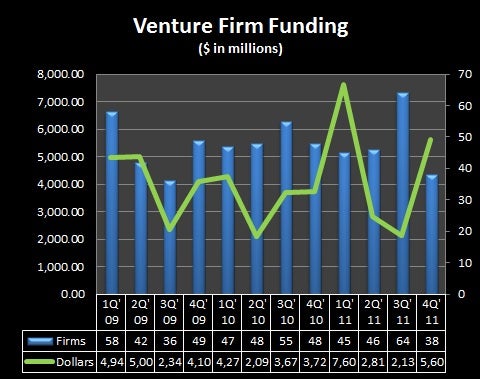 Now the bad news: All that money was concentrated in fewer hands.  Last quarter marked the lowest number of venture firms raising capital since Q3 2009. 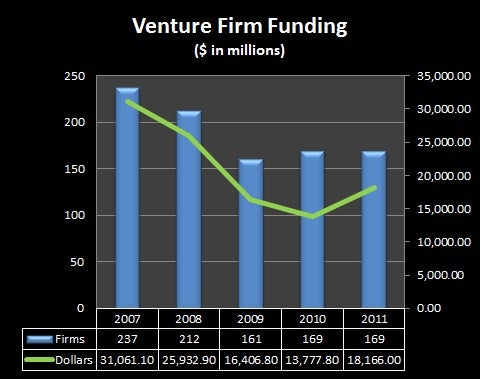 On an annual basis, 2011 beat 2010 by $4.5 billion, yet during the past two years, only 169 companies received funding.  By comparison, in 2007, 237 companies received $31 billion.  So if you've been out there raising money and you're hearing lots of “no's” from VCs, it may not be because your company sucks.  It just might be because the VC you're talking to keeps hearing no from their funding sources.