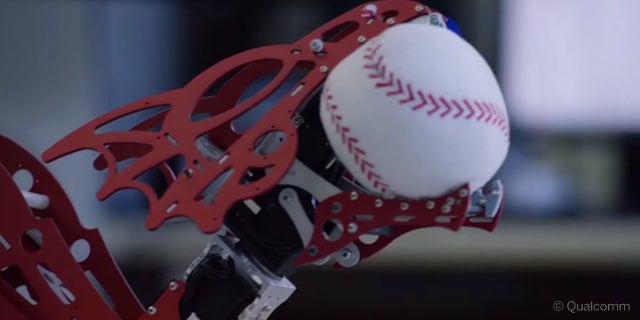 The San Diego-based technology powerhouse Qualcomm recently announced that they would be opening the Qualcomm Robotics Accelerator powered by Techstars. The program is a four-month, mentorship-driven startup accelerator aimed to accelerate the development of the next generation of robotics and intelligent machines.

“We have already had a number of successful robotics companies coming out of Techstars and are excited to see what this new batch of companies will achieve given the support they’ll receive from Qualcomm, particularly given the Company’s deep expertise in mobile,” says David Cohen, Managing Partner at Techstars. “Robotics is a hugely untapped frontier that is quickly becoming a focus for Techstars given recent tech advances that let machines be prototyped faster and easier than ever before.”

Ten companies will be selected to participate in the program and will be housed on Qualcomm’s corporate campus in San Diego. The companies will build next generation smart machines that combine mechanics and intelligent controls, computer vision, sensors, navigation, and wireless communications.

Over $1 million in aggregate funding will be committed by Qualcomm for the program participants. Additionally, participants will be offered business and technical insight on robotics during the program.

Upon completion of the four-month accelerator program, companies will be offered full access to Techstars’ network of over 3,000 entrepreneurs, mentors, investors, and corporate partners.

“At Qualcomm, we work to provide entrepreneurs and innovators worldwide with the technologies that will help them transform the way we work, live and play, and this robotics accelerator is just one example of how we are trying to achieve that goal,” says Matt Grob, CTO of Qualcomm.

Interested companies can submit their applications until February 22, 2015. The program commences in May 2015 and concludes in September 2015 with a demo day where each team presents their work to investors, industry leaders, and the community at large.

“Pretty much whatever a robotics startup would need, Qualcomm's got it,” says Techstars. “Qualcomm believes the companies will emerge from this program with a tight product ready for funding.”