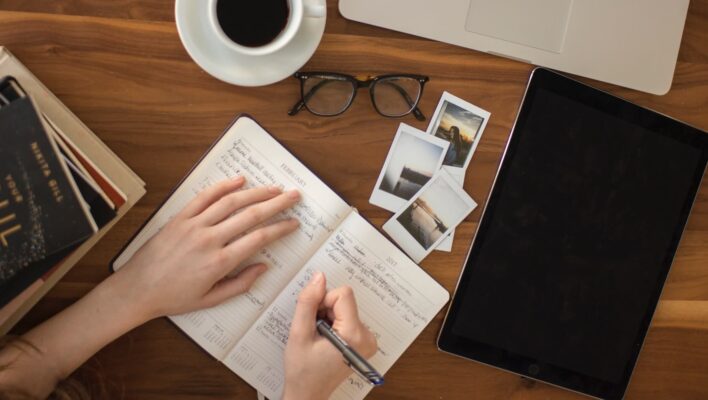 Phrases that have entered the public lexicon in recent months include ‘quiet quitting‘, and it's lesser known brother, ‘quiet firing‘, as well as ‘overemployment‘, all of which we've followed with interest here at Tech.co. But what are the phrases that we'll all be using in 2023 and beyond?

To get an idea, we asked people to let us know what new phrases they had adopted in their work lives, and we got inundated with messages with everything from ‘coasting culture' to ‘reboarding', ‘BYOD' and beyond. What do these mean? We explain all.

Anti-procrastination café – A new concept from Japan, Jeffrey Zhou of Fig Loans filled us in on these businesses. As the name suggests, it's a café specifically aimed at those wanting to get work done. No slowly sipping on lattes and checking Twitter here, if you don't finish your work, you're not allowed to leave. This one could become popular for remote workers who need the element of social pressure to hit deadlines.

Boomerang employees – Suggested by Rick Hammell, CEO at Atlas, this one is particularly relevant in the age of the Great Resignation. It relates to staff who leave a company, only to return at a later date. According to a report by UKG, one in five employees who left a company during the pandemic have returned.

BYOD –  Suggested by Erin Zadoorian of budpop.com, this initialism is used by companies who ‘allow employees to bring their own laptops, smartphones, or other devices to work and use them for work purposes.'

Bandwidth – This one relates to how much availability someone may have, as dictated by their workload. If they're asked to take on a new project and are already busy, they may not have the bandwidth.

Coasting culture – The polar opposite of ‘hustle culture', this one describes employees who have put their feet up and aren't making a focused effort, but instead doing enough to get by. This one is very similar to quiet quitting.

Digital amnesia – Coined to depict our over reliance on Google when it comes to seeking and retaining information. The act of forgetting something, but knowing that you can just look it up online whenever you need to.

Ghost work – This term originally meant work that had to be covered by other employees when someone left. However, thanks to a book of the same title by Mary Gray, a senior researcher at Microsoft, it's now being used to refer to those invisible humans who help AI systems. This could be workers who manually clean up data for algorithms, or anyone else in the chain who simply isn't visible.

New normal – Another one to come out of  the pandemic, ‘new normal' is slightly nebulous, but it's been adopted by companies to talk about a new way of doing things in light of the most recent world events. An example would be web conferencing becoming the ‘new normal' or working from home.

Overemployment – Thanks to the rise in remote working, we're seeing more people risk having multiple jobs at once. Juggling roles like this is legally and morally a gray area, and the repercussions for those get caught are severe, but multiplying salaries two or threefold is too enticing for some.

Poly working – Another term for overemployment.

Productivity paranoia – This one has been boosted by Microsoft, who used the term in a recent report on hybrid working. It found that there was a huge disconnect between how productive employees claimed to be, and how effective their employers thought they were.

Quiet quitting – Much reported on in the past few months, quiet quitting is best summed up by a man who predicted it 30 years earlier, Homer Simpson – “If you don't like your job, you don't strike! You just go in and do it really half assed.”

Quiet firing – This one is similar to quiet quitting, but in this case it's the employer who phones it in. By purposefully ignoring employees, they become disillusioned and are effectively forced out. According to a report by LinkedIn, 80% of staff have witnessed quiet firing.

Re-Recruit – Another one that has been given visibility by Microsoft, and came from the same survey as the productivity paranoia observation above. Identifying that some employees may be burned out and their vision may not align with the company, Microsoft suggests speaking to employees with a fresh perspective and drilling down into what it is they want to achieve. According to the survey, 76% of employees would stay with a company if they were given opportunities to learn and develop.

Reboarding – Okay, this one might not be new, but the way it's being used is. Traditionally, reboarding is a way to get employees back up to speed after a prolonged period of absence. In today's work culture though, it's being applied to staff who have been working remote or hybrid, and identifying team and individual priorities post-pandemic. Anthony Naglieri, Co-Founder of JukeStrat, says “It shares a lot of similarities with onboarding but focuses more on acclimating new and even long-tenured employees to company culture and ops, and ways teams/orgs work together.”

Techlash – This one related to a perceived backlash against big tech. With tech companies playing fast and lose with our personal data, or providing lackluster services, we're seeing some turn against the likes of Meta, Twitter and co.

Salary transparency – Not a new concept as such, but certainly one that we'll be hearing more and more of. Historically, companies haven't needed to disclose salaries, and there has been a stigma attached to employees discussing how much they earn with each other.  No more. It seems we're happier than ever to talk about how much we earn, and laws like the one just passed in New York mean that companies must advertise exactly how much they'll pay workers.

Shybrid – The worst of the pandemic may be behind us, but the repercussions are still being felt.  One example of this is the term ‘shybrid', which relates to companies who aren't clear with their workers on back to office plans. This could be going from remote to hybrid, or fully in office. Uncertainty in this area can be confusing for existing staff and severely dampen future recruitment.

“You're on mute” – Surely the most uttered phrase in meetings in recent years, this is one that we rarely used pre-2020, but now it's almost guaranteed to make an appearance in almost every remote meeting.

WFA – Forget working from home. The new freedom that hybrid/remote working has unlocked means that some companies will let their employees work from anywhere. Those that have embraced this policy include AirBnB and Reddit.

Workation – This one won't be to everyone's tastes, but it describes a vacation where the person also works, or is at least available should they be needed.

Workfluencer – Not all influencers talk about make up or food. Some talk about work, hence the rather ugly portmanteau, workfluencer. As the name suggests, they operate on social media, giving advice on all things related to work – improving office relationships, getting a bigger salary, looking your best on a Zoom call – every facet of work life is covered.

Zoom – Zoom has become its own verb in the last couple of years, and is now the catch-all term for web conferencing. I Zoom, you Zoom, we all Zoom.