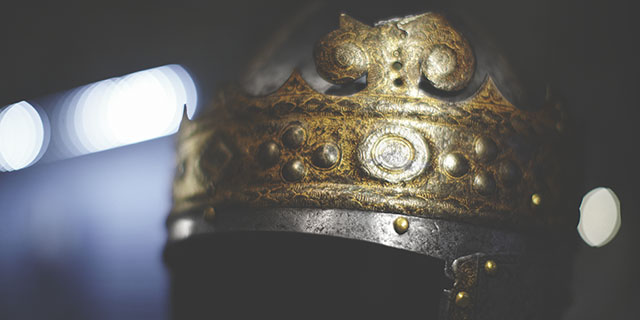 Ever thought that you just weren't getting enough time in the limelight? Perhaps up-and-coming networking app, KingForADay, would be right up your alley.

KingForADay is not your average networking app. It doesn't rely on existing connections, and it never pretends to be a level playing field. Nope – KingForADay is all about one person, and that person could be you…if you can wait your turn. 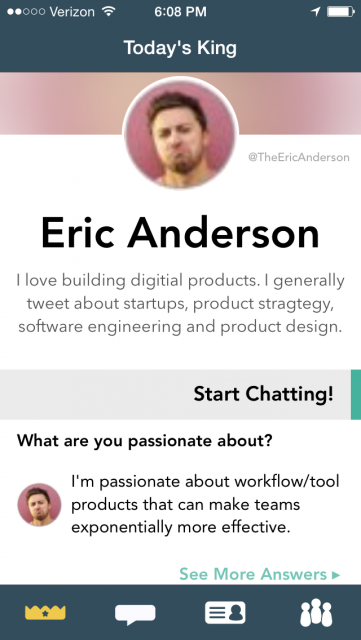 You see, KingForADay puts one individual in the spotlight, and – like the “hotseat” in a game of Kings (for those of you who have attended frat parties) – that individual is the center of attention, fielding an onslaught of curious questions.

Unlike Kings, however, you can team up with others to ask more insightful (and hopefully less tormenting) questions. You can engage with such groups – all of which form around interests, past Kings, the series of questions, or anything else.

You can also carefully maintain your own profile – in anticipation of the day you will be chosen to be King – by answering insightful questions (similar to what OKCupid was once famous for). Currently, many of the questions pertain to business, as the app remains largely populated by people in the startup field. In the future, KingForADay might branch out into other topics, but for now the topic is maintained by the collective interests of everyone 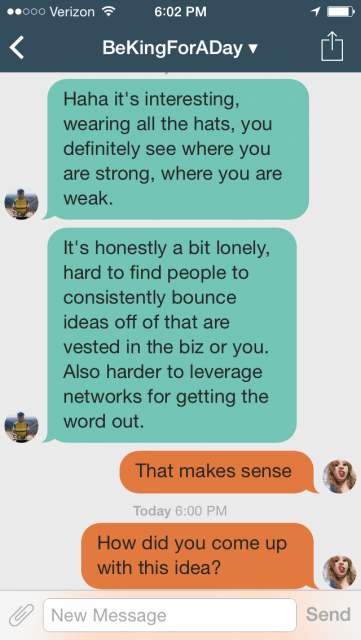 Interestingly enough, KingForADay is a solo project tackled by Andrew Lin; a one-man show. He was inspired in part by both Reddit AMAs and the Ethan app, but wanted to foster more connections between strangers.

I asked Lin how it felt to be a solopreneur:

“Haha [-] it's interesting,” said Lin. “Wearing all the hats, you definitely see where you are strong [and] where you are weak. It's honestly a bit lonely; [it's] hard to find people to consistently bounce idea off of that are vested in the biz [sic] or you.[It's] also harder to leverage networks for getting the word out.”

Yeah, I used the app to conduct an impromptu interview. That's what it's all about, though, isn't it? To quote Lin:

“Everyone wants a chance to be King, right? To have the world chat with them…”